"Islam Is an Abstraction"

The US-Iranian intellectual Hamid Dabashi is among the most highly respected scholars of Islam in the US. In this interview with Lewis Gropp, he explains how Islam in Europe will change as a result of the influence of European culture and European Muslims 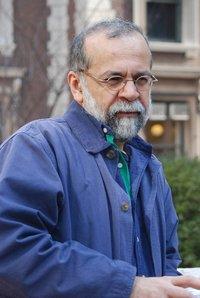 ​​In Europe, many Muslims live in 'parallel societies', in the States there's no such problem. Why are American Muslims so much better integrated?

Hamid Dabashi: The Arab-Muslim immigration in the United States has historically been quite minimal, very, very minuscule compared to others. The basic impetus behind immigration is economic. Capital – in my judgement – is colour-blind, and gender-neutral. You can trace the history of feminist movements around the world, for example, to the necessity of cheap labour, that's when women entered the job market, and as workers began demanding and exacting more rights. The same is true for immigrants: They are paid less than others. So if you are, for example, Lebanese, or Sudanese, or Turkish, or Iranian, or Pakistani, coming to the United States, entering the job market, it has absolutely nothing to do with your religion; it is entirely irrelevant!

Europe, in my judgement, has successfully posited the myth of a more homogenous cultural entity for itself. A combination of self-secularized Christianity, and – after the horrors of the Holocaust – the manufacturing of a "Judeo-Christian" identity has given Europe a renewed reliance on the myth of its origin. And then, of course, there is the French Revolution, the Enlightenment, the Unification of Europe, and the post-Soviet reconstruction of a European identity. Europe itself, in this renewed conception of itself, has enough problems now of assimilating the Eastern European to the domain of its collective identity.

"Myth of a homogenous cultural entity": Austria-Hungarian imperial rivalry with the Islamic Ottoman Empire is one of the reasons for anti-Muslim sentiment in Europe, says Dabashi. Pictured: Józef Brandt's Battle of Vienna

​​The idea of Europe, historically, is really limited to that of the Western Europe. When [Immanuel] Kant was writing his "Observations on the Feeling of the Sublime and the Beautiful", when he says, "European", he means anywhere west of Danube and East of the English Channel! And when Giscard d'Estaing talks about not accepting the Turks in the European Union, he speaks a Christian language, despite his self-secularized conception of who he is and what he stands for.

So the problem Europe has with Muslims coming from Africa, coming from the Middle East, coming from South Asia is, in part, a reflection of its own inner anxieties with two sorts of Europeans – Eastern Europeans and Muslim Europeans. Here is an issue that since the time of Austria-Hungarian imperial rivalry with the Ottomans has been a very disconcerting issue for the idea of "Europe", i.e. the notion of Muslim Europe. So for all of these reasons, Europe has a more difficult time assimilating its Muslims than the US.

So with all these integration difficulties already, is it, do you think, too much for the European mind to cope with, and should one consequently let go of the idea of Turkey becoming part of the European Union?

"Capital is colour-blind": Unlike many Muslims in Europe, American Muslims do not tend to feel marginalized or isolated from political participation. Pictured: American Ahmadiyya Muslims

​​ Dabashi: Well, that's obviously something for the aging and thinning population of white Europeans to decide. Because of the well being of Europeans over many years, Europe is an ageing society. As a result, it needs labour – the cheaper the labour the better – that's the logic of capital. And yet labour comes with a baggage. The European economy needs cheap labour, but European culture doesn't like the fact that, ultimately, culture will be influenced by labour migration. This is the dilemma that Europe faces: it wants to have its cake and eat it, too. But this is what we're facing right now; it's a clash between culture and capital.

Oriana Fallaci went to her grave knowing too damn well that her Italy was no longer the same Italy into which she was born. Berlusconi continues Fallaci's bitter and losing war. Italy may insist on pasta being it national cuisine, but its North African labour immigrants may not like the idea and insist on their Tahini and Shawarma, and there is very little that Berlusconi can do about the matter.

What about the possibility of combining Islam and secular society? In "Modern Islamic Political Thought" Hamid Enayat writes that Islam understood properly, in effect, will always try to assert itself and aim to establish itself as the foundation for a religiously-based society. Would you agree or is this just a particular perspective on political Islam? 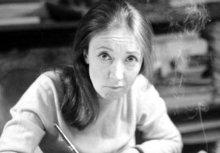 Fallaci's fallacy: "Italy may insist on pasta being it national cuisine, but its North African labour immigrants may not like the idea and insist on their Tahini and Shawarma," Dabashi says

​​ Dabashi: I fundamentally disagree. This is not how I see the history of Islam. Christianity and Judaism are monotheistic religions; they, too, want the whole world in their own image. Of course! Doesn't Christianity want the world in its own image? The current Pope Benedict was the head of the Office of Doctrine under the previous Pope, and he was relentlessly against liberation theology, which is, as you know, nothing other than the Christianity of the poor people.

And from the Seat of the Vatican, he dictated a particular interpretation of Christianity. Christianity, Judaism, and Islam, as revealed religions, as religions based on sacred books, all want the whole world in their own image – this is their identity, to which all alterities must – they so wish – yield. If in Europe, you have a – not secular but – cosmopolitan context, it is not out of the goodness of the heart of Christianity, but it is because the social context that has created an organic environment – particularly during the era of Enlightenment – forced Christianity to accommodate non-religious sentiments.

The same holds true for Judaism, and a fortiori for Islam. When people ask whether Islam is compatible with modernity, they have an entirely essentialist concept – not a historical, not a material conception – of Islam. If you leave it to Muslim theologians, the Muslim jurists, the clergy, the Mullahs – of course they want the whole world according to their vision. But the same is with the Christian clergy and the Jewish rabbis! 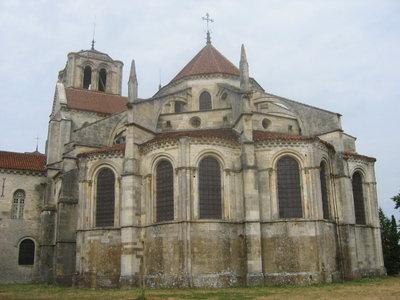 "If in Europe, you have a cosmopolitan context, it is not out of the goodness of the heart of Christianity, but it is because the social context that has created an organic environment forced Christianity to accommodate non-religious sentiments." Pictured: Sainte Marie-Madeleine in Vézelay, France

​​So the question whether Islam can come to terms with democracy is just a wrong question; and, as a result, it produces the wrong answer. Historically, Islam has always been part of one cosmopolitan culture or another – not out of the goodness of Islamic doctrine, but out of sheer social forces in which Muslims, like all other human beings, have been party.

So it's, basically, when someone is promoting a "reformist Islam" he has it all wrong?

Dabashi: Oh, totally! I categorically disagree with people like Tariq Ramadan and the idea of reforming Islam. What does it exactly mean for "Islam" (an absolutist abstraction) to reform itself, or for Muslims to reform Islam? What Islam, which Muslims, and by what authority, and to what purpose? I mean, you can be an open-minded, liberal-minded, Muslim and say, well, we have to reform Islam. All right then, be my guest – go and reform Islam! But the world cannot and will not wait for Islam, or Christianity or Judaism, to reform themselves! The world needs to accommodate the multiplicities of ideas. And Islam has to accommodate the multiplicities of ideas, to see and celebrate its identity in the alterities it faces.

"All right then, be my guest – go and reform Islam!" According to Dabashi, Islam in Europe will be transformed not by Muslim intellectuals like Tariq Ramadan, but by social forces

​​Dabashi: It's a question of society. Look at Lebanon. The Shi'is in Lebanon are something between 40 to 50 percent of the population. Now the Hezbollah has become very powerful within Lebanese society. But within this society, the Hezbollah, i.e. the Shi'is, have to contend with the Sunnis, with the Druze, with the Maronites, and with Lebanese nationalists, because the demography demands it.

The same holds true for Iraq. Shi'is have to contend with the Sunnis, and with the Kurds, and with the nationalists, it is simply a question of demography. And that is the best aspect of both Iraq and Lebanon, that Islamist forces have to content with non-Islamist forces. And, willy-nilly, if they like it or if they don't, it is irrelevant. They have to produce a cosmopolitan political culture in which Islam is integral but never definitive.

Would you, then, say that "European Islam", the idea of Islam becoming part of a European culture, more modern, more moderate, is also a false concept in this respect?

Dabashi: My problem with Tariq Ramadan is that he thinks he can fiat things, he thinks if he just writes it, it will happen. Islam, by virtue of European Muslims, has to contend with other European moral, intellectual, imaginative, and political forces. The difference between someone like me and Tariq Ramadan is that I don't think of Islam, I think of Muslims. Muslims have precedent. Islam is an abstraction. So whether Giscard d'Estaing likes it or not, Islam – by virtue of labour migration, by virtue of Muslims walking in the streets of Paris, and London etc. – becomes integral to the European society – it already is; and as a result the collective disposition of the culture will change, too. In effect, the changes are going to be made by social forces, not by Muslim intellectuals.

​​It will happen as it is happening in the United States over many generations, over what Fernand Braudel called longue durée. I, personally, have nothing for or against veiling. Veiling becomes bad when it is used as an instrument of power, when you force it on people. To me, it makes no difference if you force women to wear it, like in the Islamic Republic, or if you ban women from wearing it as in France. The woman's body has become the site of ideological contestation, and this is bad!

Let us for our final question come back to the issue of Turkey: What is your personal opinion, should Europe ask Turkey to become a member of the European Union?

Dabashi: I think the membership of Turkey in the European Union will inevitably happen. First, it will provide the European economy with cheap labour. Second it will expand the EU in terms of raw material available in Turkey. Third, it will expand the European economic market. Fourth, it will strategically strengthen Europe in terms of its inevitable rivalries with the United States in the region. So economically, politically and militarily, it is to the benefit of Europe. And many of my progressive Turkish colleagues are very happy about this move because they think that the questions of women's rights, human rights, freedom of expression will have a catalytic effect on Turkey as well. So it seems like a happy marriage!

Home
Print
Newsletter
More on this topic
Interview with Tariq Ramadan: "We Are Europeans" Interview with Ruprecht Polenz: "Turkey Belongs in the EU!" Interview with Hachem Saleh :"We Should Take the Path of Religious Enlightenment"
Related Topics
All Topics
Author:
Lewis Gropp
Date:
Mail:
Send via mail

END_OF_DOCUMENT_TOKEN_TO_BE_REPLACED
Social media
and networks
Subscribe to our
newsletter