"England Belongs to Me Now, Baby!"

Immigrants as capitalism's victors: Hanif Kureishi has written a new novel. In a relaxed conversation with Daniel Bax, the British author describes the renaissance of his hometown London and praises the police crackdown on radical Islamists 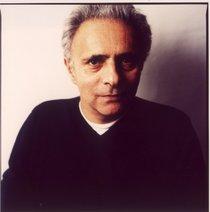 "The vast majority of Muslims are not Islamists", says Hanif Kureishi. "They just want to lead a good life – the same as everyone else" (photo: Jörg Steinmetz/Fischer Verlag)

​​Mr. Kureishi, in your new novel, just published in German, you present a panorama of present-day London. Is it still the same city as the one you portrayed in your earlier books?

Hanif Kureishi: Oh no. Since then an enormous amount of money has flowed into the city – from Japan, the USA, Russia and the Saudis. Where I live in London, there are almost only rich people left – and a few poor people. The middle class has been completely ousted into the suburbs. At the same time, today London is much more mixed in an ethnic sense.

In contrast to Germany?

Kureishi: Yes. Traveling in Germany just now, I was often the only one with a different skin color. And, oddly enough, many German journalists see me as an immigrant writer. They ask me: as an immigrant, do you feel British? But I didn't immigrate from anywhere. My mother is an Englishwoman, I was born here. England belongs to me now, Baby!

Is Germany where Great Britain was 20 years ago?

Kureishi: The longtime relationship between Great Britain and India or the Caribbean goes back to the colonial period. That makes a difference. But there's no way around the fact that Europe as a whole will become multi-ethnic in the long term. You can't stop it. You just have to find a way for it to function.

Do you think the Europeans will manage to do that?

Kureishi: They have no other choice. The whole world is changing so quickly due to globalization. For example, now all the bad jobs in England are taken by Poles and Africans.

And what are the Indians and Pakistanis doing now?

​​Kureishi: We've risen in society. We own the shops now.

Kureishi: Yes. Now we've taken over the shops and the literature too. (Laughs) And in two generations the Poles and the Africans will buy houses here, and people from Rumania or somewhere else will take over the bad jobs.

In your novel you paint a picture of a society in which religion and ancestry play only a subordinate role. But don't questions of identity actually gain significance in multiethnic societies?

Kureishi: We had debates like that in the 1980s with Thatcher, when that old notion of British identity went down the tube. You hold debates like that, and then you go one step further. Because if you want to live in a capitalist economy, you have to abandon certain notions of national identity. That's the price.

After the terrorist attacks in London, there were fears in Germany that British multiculturalism had come to the end of its rope. How do you see this?

Kureishi: I find that it actually works rather well. You see, most of the time people here aren't killing each other. Sure, now and then someone blows something up. But most of the time things run fairly smoothly in my neighborhood. By now there's even Polish food in the Indian shops. And when Poles and Indians lock horns, it's rarely due to their ethnic background.

How is it that there were no anti-Muslim riots after the underground attacks in London?

Kureishi: Because everyone here blamed Bush and the USA. Every day we drop bombs on Iraq and Afghanistan. Who can be surprised if a bomb explodes on us for once? The notion that you can drop thousands of bombs on the people over there without provoking that kind of a reaction is naïve. There is an obvious connection between these things – even if I don't like it.

Is there no Islamophobia in England, then?

Kureishi: Of course there is always the danger that a certain group will be declared an enemy. That is very dangerous. The west has a lot of myths about Islam – just as there are many Muslims who are taken in by false notions about the west. These sorts of notions can only be overcome when the right people meet the right people.

That doesn't always help. The underground bombers were perfectly integrated.

Kureishi: But the vast majority of Muslims are not Islamists. Most Muslims just want to lead a good life – the same as everyone else. Just that on Fridays they go to the mosque.

In many European countries there are debates about headscarves and new mosques. But not in England?

Kureishi: No. And it strikes me as rather irrational to prohibit some people from doing things that the Rastafaris, the Moon sect and the Anglican Church are allowed to do. Incidentally, Catholicism is booming now in London. Thanks to all the Poles, churches that were empty for years are now filled to bursting. People are lining up out the door because there's no room left inside.

With your novel "Black Album" and the screenplay for "My Son, the Fanatic", you were the first to write about the radicalization of young British Muslims. Has that ceased to be an issue for you?

Kureishi: That was a big deal in the 1990s. At that time you could go into a mosque and someone would get up to rail against homosexuals, women or drugs. It was incredible, these ideological speeches. I don't think that happens any more. The police would come and arrest you.

So do you believe that radical Islamism no longer poses a threat?

Kureishi: I hate Islamism, it's a terrible ideology. But there are many kinds of threats in this world. Unfettered capitalism is also a threat because it produces a large lower class. And George Bush is a threat, I'd be much more afraid of him.

Are you a moralist?

Kureishi: No, I see myself more as an observer. To be a moralist would mean I know how people should live in order to be happy. But I don't. So you'd better not ask me for advice!

Hanif Kureishi, 53, became famous for his screenplays for "My Beautiful Laundrette" (1985) and "Sammy and Rosie Get Laid" (1987), both filmed by Stephen Frears. In the 1990s he followed them up with novels like "The Buddha of Suburbia" (1990) and "Intimacy" (1998). The latter served as the basis for French director Patrice Chéreau's film of the same name, which won two Golden Bears at the Berlin Film Festival 2001. The central themes permeating Kureishi's work are the vagaries of multiculturalism, sexuality and pop culture.

Recently he has been focusing more on private tribulations: the claustrophobia of marital life, the pressure caused by society's obsession with youth and the fear of aging. His new novel, "Something to Tell You", tells the tale of Jamal, a practicing psychologist in London who hears his patients' most intimate secrets on a daily basis. He himself is haunted by a trauma from his youth that ties him to a friend from his student days. With an elaborate plot spanning several decades, autobiographical allusions, self-referentiality and the great love of detail with which he limns even his secondary figures, Hani Kureishi returns to his roots, producing a scintillating portrait of present-day London society.

END_OF_DOCUMENT_TOKEN_TO_BE_REPLACED
Social media
and networks
Subscribe to our
newsletter