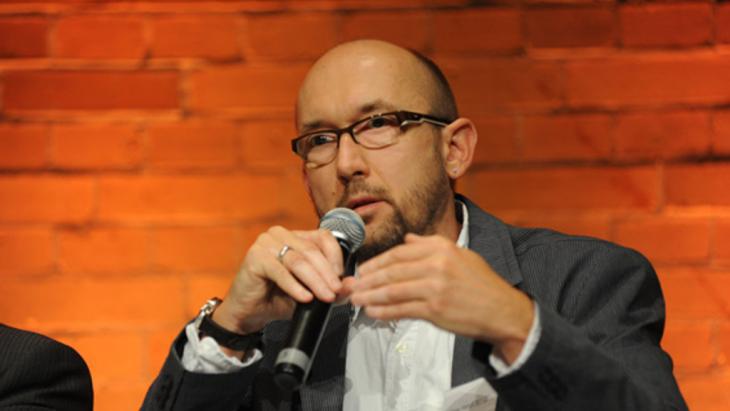 The Muslim religious educator Harry Harun Behr promotes openness in theology. Stefan Toepfer spoke to him about violence, teaching Islam, the fight against radicalisation and the "Charlie Hebdo" caricatures

Professor Behr, is it easier to legitimate violence in Islam than in other religions?

Harry Harun Behr: On the contrary, it's more difficult.

But some passages in the Koran do read like a call to violence.

Behr: If you consider them in isolation, yes. Like Sura 5.33 and the ones that follow, which threaten violence against those who go to war against God and His prophets. What we read there is brutal. But all Koran hermeneutics forbid taking passages out of context.

But even if you take account of the context, the brutality remains.

Behr: Or the opposite. Verse 5.32 underlines the double-edged nature of justifying violence with reference to Mosaic law. And in verse 5.28, Abel refrains from retaliating when Cain raises his hand against him. Taken together, all this is more like an instruction to reflect on what you are doing. Mohammed also takes serious issue with war. Even he had to deal with young people who were eager to prove their courage to fight.

Last autumn, the Syrian scholar Jawdat Said once again raised the idea of forming a theology of non-violence based on the Koran. The Koran reveals its historical character above all in the violent passages; it is a document you have to read as a discourse from late antiquity, even if you believe it's the word of God. That doesn't play so well with young Muslim target groups. And you have to deal with that theologically.

Behr: A lot of Muslims believe Islamic theology is the interpretation of the current situation through tradition, through the Koran and the Sunna. But I think theology also helps us consider and reformulate the tradition from the viewpoint of the situation. What the Koran gives us are not so much rules as orientation. You have to keep reading the Koran. 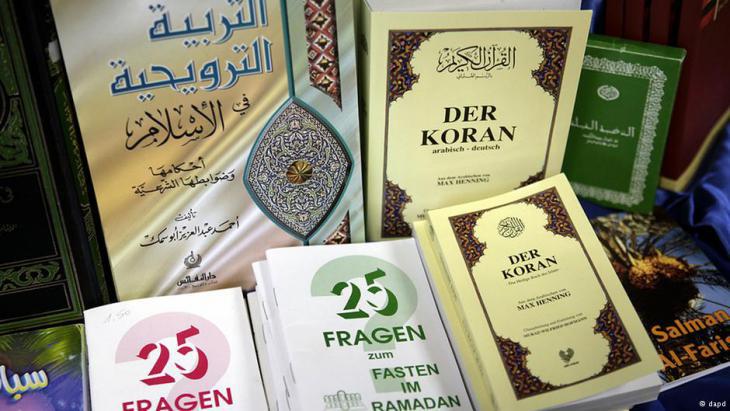 "Many young Muslims have an incredible need to follow a religious opinion instead of forming one for themselves. How are they going to teach religion later on in accordance with the curriculum, which says that teaching should not impart faith, but empower people to find their own faith? That's a big difference," says Harry Harun Behr

What do your students say to that?

Behr: There are some who adopt this approach gratefully. Others don't take me seriously at first, as a convert. To them I say: well, Mohammed was a convert too. And then there are some who just sit through the seminar without listening. But there are always exciting debates when the "harder faction" sees that I'm not just advocating seemingly progressive theories, but that I also pray or fast with them. Most of our students are less interested in academic knowledge and more in religious orientation.

And a university isn't the right place for that.

Behr: I take a very critical view of that as well. Of course one can and should reflect on spiritual aspects of personality development in a theological course of study – especially when it comes to teachers of religion. But the students can't be allowed to "latch on" to me. Many young Muslims have an incredible need to follow a religious opinion instead of forming one for themselves. How are they going to teach religion later on in accordance with the curriculum, which says that teaching should not impart faith, but empower people to find their own faith? That's a big difference.

Is the struggle for who has the right to interpret the Koran going to become more intense?

Behr: Yes. One indication of this is the repeated attacks against things like the schoolbook "Saphir" [used in German schools for Islamic religious education – ed.], or against Muslim university lecturers who dare to think differently.

A functionary from a Muslim association once shouted at me that those teaching Islamic religious education shouldn't debate, they should function. People like this are trying to tell young Muslims what they are permitted to teach. That's very dangerous. As academics with an eye on school and social work, we can use everything possible, but not negative messages from religious pressure groups telling us what to do and think.

Do you think your way of approaching the Koran stands a chance?

Behr: I wouldn't be here otherwise. Particularly with regard to school. But it's also important to me to go deeper into the social milieu of young Muslims. We are working with Bekim Agai, the director of the Institute for Islamic Studies and an independent provider of prevention work, to set up a project to prevent radicalisation. It starts in March and is being funded over five years by the Federal Ministry for Families to the tune of €800,000.

With the help of mosque communities, we want to win over and train young Muslims, who will then go and talk to young people or go to appearances by Salafist preachers like Pierre Vogel. We don't want men like him taking the Koran out of our hands.

It's my task to provide academic supervision for the project; to develop a pedagogy for this field. You have to differentiate between Salafism as a youth culture, which is not yet endangering young people directly, and political Salafism, in which ideologisation takes place and which is quite probably endangering them. 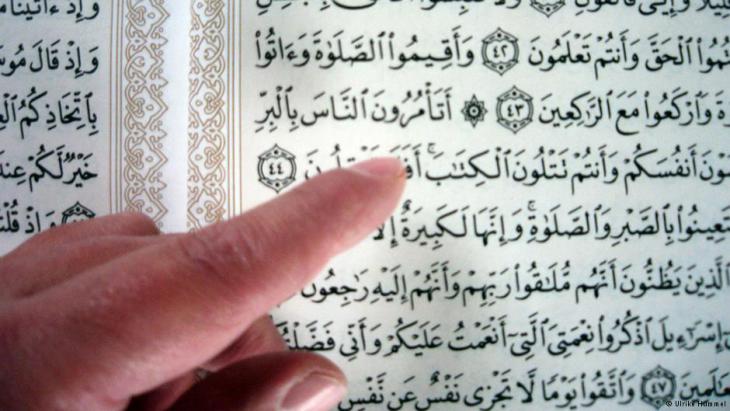 "Theology also helps us consider and reformulate the tradition from the viewpoint of the situation. What the Koran gives us are not so much rules as orientation. You have to keep reading the Koran," says Professor Behr

But isn't that very youth culture a possible starting place for radicalisation?

Behr: Well, that's why we wanted to go into these milieus. There is a particular point at which parents, communities and schools can prevent young people going completely off the rails. But amongst other things, they have to be addressed religiously in a genuine sense, and not with a supposedly religious vocabulary like Vogel does.

Did you feel hurt by the Mohammed caricatures in "Charlie Hebdo"?

Behr: No. My father is a newspaper columnist; I grew up with caricatures, theatre and cinema. I don't know how Mohammed can be insulted. And can you insult God? I think the very assumption is insulting! But I can also understand if Muslims feel deeply hurt.

Don't believers have to accept ridicule?

Behr: Yes, but maybe part of freedom of expression and artistic and press freedom, is also to consider the fundamental right to freedom of religious belief. Then there would be fewer conflicts. And Sura 6, verse 108, says: "And do not insult those they invoke other than Allah, lest they insult Allah in enmity without knowledge". So, Muslims should speak properly about religion or leave it be. In this I see an ethos that should apply to everyone.

Interview conducted by Stefan Toepfer
© Frankfurter Allgemeine Zeitung/Qantara.de 2015
Translated from the German by Ruth Martin
Harry Harun Behr, professor of educational science with focus on Islam at the Goethe University in Frankfurt.

Recent efforts to rehabilitate Assad are setting a damaging precedent for accountability, just as the international community is expressing the need to hold Russia to account for ... END_OF_DOCUMENT_TOKEN_TO_BE_REPLACED

Nouara may be 65, but she is ready to join thousands of others who burn their ID and pay traffickers for the chance of a new life in Europe. Zineb Bettayeb reports END_OF_DOCUMENT_TOKEN_TO_BE_REPLACED

Education for girls and women is still possible in Afghanistan, says Reinhard Eroes of the Kinderhilfe Afghanistan initiative. In interview with Elisa Rheinheimer, he talks about ... END_OF_DOCUMENT_TOKEN_TO_BE_REPLACED

Locals in the Middle East have said European critics are showing bias and hypocrisy when they condemn Qatar. Observers agree that Qatar has had to deal with more criticism than ... END_OF_DOCUMENT_TOKEN_TO_BE_REPLACED

In Doha, Arabs from Morocco, Tunisia, Egypt and Algeria are gathering to celebrate the first ever FIFA World Cup to be held on Arab soil. The criticism from Europe? Over the top, ... END_OF_DOCUMENT_TOKEN_TO_BE_REPLACED
Author:
Stefan Toepfer
Date:
Mail:
Send via mail

END_OF_DOCUMENT_TOKEN_TO_BE_REPLACED
Social media
and networks
Subscribe to our
newsletter