What are the main problems concerning the rebuilding of Afghanistan, what are the West's mistakes? And why are Afghan-Turkish relations so special? Hikmet Çetin, NATO Senior Civilian Representative in Afghanistan from 2004 to 2006 and former Turkish Minister of Foreign Affairs, speaks to Ayşe Karabat 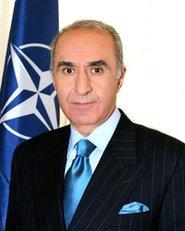 ​​ Obama has declared a new Afghanistan strategy based on more troops, does this do enough to address the issue?

Hikmet Çetin: First of all, if you don't start rapid economic social development it doesn't matter how much you increase the soldiers' numbers, you cannot solve the problem. You have to stop the people's support for terrorism. If you do that then terrorism cannot survive; in order to achieve that, you have to win people's hearts by supplying them with essential services like employment, health and education. If these factors are absent you cannot fight terrorism. This is why Obama's new strategy includes more economic assistance.

Secondly, Obama's new strategy envisages withdrawal by July 2011. Setting a deadline is necessary, but 18 months is not realistic in my opinion, since the Afghan forces will not be ready to take control at that point. The training and equipping of the Afghan security force is very important. In the past almost 60,000 Afghan police received training, but 60 percent of them are illiterate. In addition it is impossible to reach certain areas in Afghanistan using land transportation, so special equipment like helicopters is needed.

Thirdly, cooperation with Pakistan, which shares a 2,500-kilometer-long border with Afghanistan, is a must. If you don't cooperate with Pakistan, no matter what you do the Taliban will continue to be strong in Afghanistan. 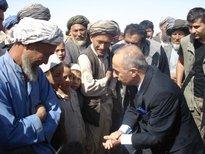 "The success of the Turkish troops there very much depends on acting in cooperation with the locals." - Hikmet Çetin during field work in Afghanistan

​​ Fourthly, more than the number of the troops, their capacity is important. When I was there I was frequently asked how many soldiers were needed. My answer was that the number is not important. Every NATO member has been applying its own conditions as to where their troops can be deployed or their range of tasks. But for the NATO's mission to be successful I used to say that 500 soldiers with fewer conditions would be preferable to 5,000 soldiers with strict restrictions.

These are the pillars that the international community should be careful about, and Obama's new strategy is actually trying to address all these issues, but success depends on implementation. There is also an Afghan dimension in the strategy's success.

What should re-elected President Karzai's role be in this?

Çetin: The central government was never strong in Afghanistan, it is not part of its culture; but there is a strong tradition of "jirga" which is a sort of local council for problem solving. The new government, while forming the state, should also look at ways to benefit from this tradition, to delegate some of its authority to local powers, but without leaving them totally uncontrolled, otherwise there will be a return to local "lords" as there was in the past.

But Western countries are against decentralization in Afghanistan and cooperation between central government and local forces due to fear of the Taliban.

Çetin: That's because Western powers don't know Afghanistan. It is a country of tribes, and if you neglect them, you cannot solve the problem. In my opinion, these tribes should be used. Look, when I was there it happened a number of times. Some NGOs arrive, or representatives of some countries, and they decide to build something somewhere, let's say a school. If they make the decision without asking the locals and without taking into consideration their needs and priorities, then when terrorists come and destroy it the locals don't react.

But if the locals have been asked, if they were cooperated with, then they fight to protect it. The success of the Turkish troops there very much depends on acting in cooperation with the locals.

When it comes to financial assistance, Afghan ownership is very important, too. Only 20 percent of aid is made via Afghan hands. What I mean is that assistance comes to the country, but tenders are given to foreign companies – and most of it returns to the original country as high salaries or expenditures. But with the same amount of money, more can be done cheaply to answer the real needs of the people.

"Corruption in Afghanistan is a chicken-and-egg issue." - Hikmet Çetin and Afghan President Hamid Karzai in Kabul

​​ When it comes to the Taliban, they are a part of the Afghan nation and you cannot go anywhere by excluding them. Their leaders might be in cooperation with al-Qaeda, but if you cooperate with the people, in time it will bring about the separation of the Taliban and al-Qaeda. The locals are saying that al-Qaeda is foreign. Afghanistan fought for 28 years and there was not one suicide attack, it is not in the culture of Afghanistan, it was brought by al-Qaeda, which is not wanted by the Afghan people. To extrapolate: if you win the hearts of Afghan people, you will defeat al-Qaeda.

Some countries claim the Afghan government is corrupt and use this as an obstacle to their assisting the government or sending more troops.

Çetin: Of course there is corruption, but this is a chicken-and-egg issue. If you wait for the end of corruption before assisting Afghanistan, you wait for forever. Corruption can be reduced while development is in progress, and less development means more corruption. I was in Afghanistan 10 days ago and I met with my friend [President] Karzai. He is also very keen on forming a government of uncorrupt names, and to prove to the world that he will try to tackle the problem. No one can claim he is corrupt.

If he is able to reflect this to his new government, and I think he will, it will be a good start. In addition, when Western powers talk about corruption, in order to help the government to tackle it they should supply evidence – something that has not always been the case.

The world was so hopeful for Afghanistan in 2001 after the Petersburg Conference in Bonn, but the situation has only got worse. Do you think the West was naive to think Afghanistan would be saved?

Çetin: At that time the expectations of the Afghan people were so high, and they did everything the West demanded of them. They did not have ID cards, but they were so proud of having poll cards. But as time went by, their expectations went unanswered; they are still unemployed, their basic needs like schooling and health have not been addressed because the West the problem could be solved with a few soldiers and limited economic and social assistance. The West directed its economic and military forces to Iraq.

If the Iraq question did not exist, the situation in Afghanistan would be totally different today. The terrorist infrastructure in Afghanistan at that time had been totally destroyed, but the insurgents in Iraq inspired them; they developed new strategies, like suicide attacks, roadside bombs. They benefited from the disappointment of the people, and so we come to the present day.

The Obama administration wants the engagement of more Muslim soldiers in Afghanistan. What is their aim, will it be useful? 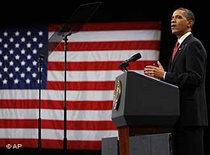 Trying to cope with 'Clash of Civilizations' propaganda: US president Barack Obama

​​Çetin: Obama decided to send 30,000 more troops, and [the US] wants its allies to send more. If you have the capacity to send 30,000 you can send 50,000. But what they want to underline is that this is not simply a US operation, but a NATO one. By asking for more Muslim troops, they are trying to cope with propaganda suggesting this is a war between Christians and Muslims. By asking more troops from Muslim countries, they are trying to say that this is a terrorism problem and has to be addressed by the world. There is a similar situation with the EU, in that if Western powers want to convince the world that the EU is not a Christian club they should take Turkey in as a member.

Çetin: First of all there are historical reasons. Afghanistan was the first country to recognize the Turkish parliament established in 1920 during the War of Independence. Afghan fighters participated in the Turkish War of Independence, and this poor country helped Turkey. The military academy in Afghanistan during the 1930 was established by Turkey, and Turkey shared its state building experience with Afghanistan. The very first undersecretary of the Afghan Ministry of Defense was a Turk sent by Turkey. So there is a mutual love. Secondly, Afghanistan is very important for Central Asia. And thirdly, 10-12 percent of the Afghanistan population is Turkic.

What can Turkey do for Afghanistan within NATO?

Çetin: Turkey can contribute more to the training of Afghan police and soldiers. The Afghan people also want this. For the time being, Turkey is training those soldiers in Turkey and sending them back, but it could take total responsibility and train them in Afghanistan. It could increase economic and social assistance to Afghanistan; it could send public administration experts to assist in the formation of the state. For example, there is a legal reform process going on in Afghanistan now, and Italians are conducting it. But I think Turkey is the best country to combine modern law and the Shariah for Afghanistan and nobody will object to that.

END_OF_DOCUMENT_TOKEN_TO_BE_REPLACED
Social media
and networks
Subscribe to our
newsletter