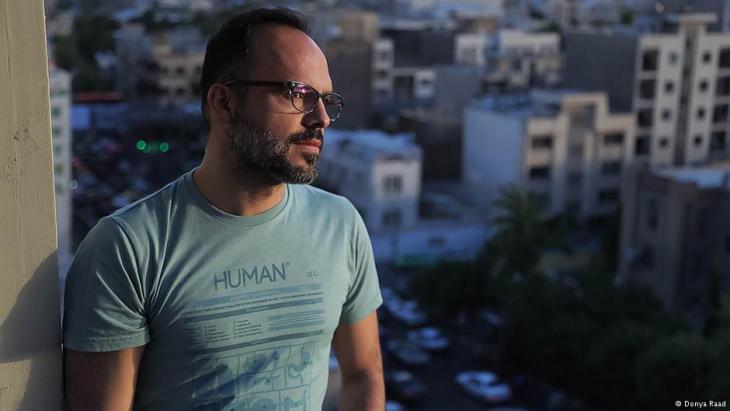 Hossein Derakhshan, a.k.a. Hoder, pioneered the blogger revolution in Iran. Released from prison following a term of six years, he barely recognised what the Internet has become. Interview by Julia Hitz

Mr. Derakhshan, you spent six years offline while you were imprisoned. The Internet changed tremendously during that period. What did you notice when you were released?

Hossein Derakhshan: I observed a shift from an Internet that was very decentralised, diverse, link-based, connected, curious, outward-looking and text-centred to a space which is image-centred, which is more about entertainment than discussions or debate or thinking. It has become very centralised and is dominated by social networks. It's much less diverse. There is far less serious content, politics included.

What happened to all the bloggers you were working with?

Derakhshan: Many of the former bloggers and activists have been involved in this development; they actually seem to have forgotten that politics played a big role in their life at some point. Now they are happy with the little things they see on social networks. But I think there are fewer people who are interested in serious news and serious discussions these days.

When the Internet emerged in the 90s, it created a new window of opportunity for serious discussion. After 20 years, this window is now closing and the Internet is becoming like television, personalised, available on all kinds of devices – a single stream. Everyone is into videos now rather than reading, yet video is a limited medium for conveying complex messages. It simplifies everything and it is the most convenient environment for the rise of demagogues and populists. 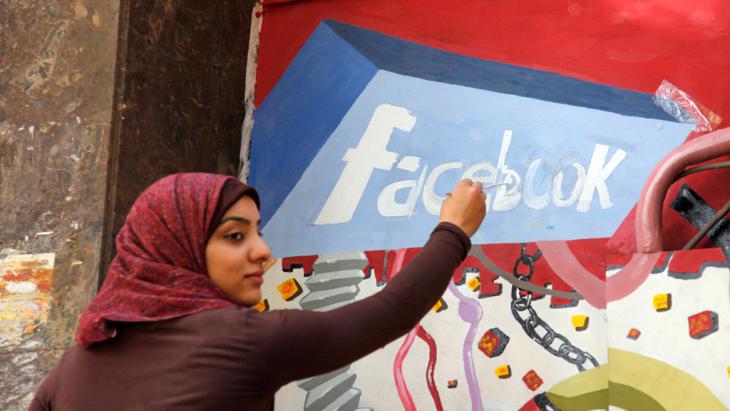 Facebook revolution and social mobilisation on the Nile: "Social networks brought people onto the streets in Egypt, but this did not help the Egyptian revolution. Once the Mubarak regime was gone, the same social networks became the best device to foment internal rivalries and differences," says Hossein Derakhshan

Derakhshan: Social networks may be useful in the charting of emotional reactions to certain news or events. Maybe they even help to bring people onto the streets in some cases. But as an Egyptian activist brilliantly put it, this did not help the Egyptian revolution. Once the Mubarak regime was gone, the same social networks became the best device to foment internal rivalries and differences. As much as they may help people to become mobilised against something, they can also be a negative force. They are no replacement for true leadership.

In what ways is this happening in Iran?

Derakhshan: Like everywhere else in the world, ever fewer people are interested in reading more than a couple of paragraphs and you can see that in Iran as well, through the very low circulation of books and newspapers and the sale of anything that is printed. The sales figures are sinking very rapidly. At the same time, there has been a huge rise in the number of people using some sort of social network, for instance Instagram is extremely popular in Iran. There is also this messaging application called ″Telegram″ which is extremely popular in Iran. More than 20 million people in Iran are using it now. This is completely different from how things were 10 years ago when there was a lot more text and reading and serious discussion going on. Much of the stuff on the web has been abandoned. People used to have their own domain names, but they let them expire. It has become a graveyard.

Don't you use any social networks at all?

Derakhshan: I use Twitter, because it is much more open, relatively speaking. It supports hyperlinks and it can be very informative and useful to link to other places, to introduce and share ideas and articles. But generally speaking, there is a trend towards videos. Even Twitter as a text-based platform is going towards video and they are encouraging more live videos.

What needs to happen to save the Internet as you knew and appreciated it?

Derakhshan: We have to take steps to disrupt this algorithm-based kind of gate-keeping, which is creating comfort zones for everyone. On an individual level, we can't do much but be unhappy about how things are changing. Still, we can push governments to intervene if they value representative democracy and informed citizenship and informed political participation.

Hossein Derakhshan was born in Iran in 1975. In 2001, he went to study in Toronto, Canada. There, he started blogging under the pen name Hoder and translated a guide on how to blog in Farsi, initiating a Persian blogging surge. In 2004, Iran was among the top five countries with the most bloggers worldwide. Derakhshan was imprisoned by the Iranian government in 2008 and kept in prison for six years. In 2014, Ayatollah Khamenei approved his release. Since 2015, Derakhshan, now living in Tehran, has been writing essays and giving talks about the impact of social media and the decline of online political exchanges.

Home
Print
Newsletter
More on this topic
Iran's blog generation: Society is escaping the control of the mullahsWeblogger in Iran: Hoder's virtual struggle for freedomIran and its authors: The perils of writing
Related Topics
Democracy and civil society, Iranian bloggers, Media in Iran, New media in the Muslim world
All Topics

Behind a suffocating political system and inquisitive cliches, Iranian youth dream of a break with the system while proudly defending their culture. ... END_OF_DOCUMENT_TOKEN_TO_BE_REPLACED

Looking outwards with the knowledge from within: a conversation with the Iraqi writer Sinan Antoon on the future of his homeland. Interview by Lena Bopp END_OF_DOCUMENT_TOKEN_TO_BE_REPLACED

The Iranian people are being held hostage by the confrontation between America and the regime in Tehran. Stefan Buchen considers in his essay whether the country's culture can ... END_OF_DOCUMENT_TOKEN_TO_BE_REPLACED

With "The Enlightenment of the Greengage Tree", Shokoofeh Azar has created a beautiful, sad fable set in a horrible reality. While there are moments of hope to be found in the ... END_OF_DOCUMENT_TOKEN_TO_BE_REPLACED

From the Kingdom of Elam to Alexander the Great, to the Shah dynasties and the Islamic Republic, Iran's cultural sites reflect its long history. ... END_OF_DOCUMENT_TOKEN_TO_BE_REPLACED