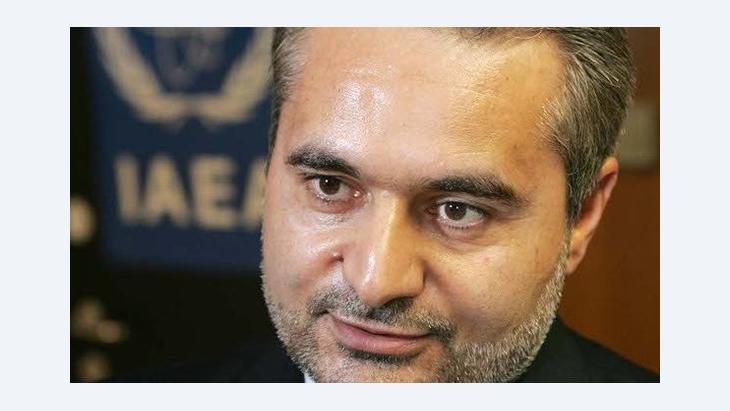 Interview with Hossein Mousavian
''Iran Will Not Negotiate under Threat''

﻿﻿Seyed Hossein Mousavian, spokesman for the former nuclear negotiator Hassan Rowhani and once the Iranian ambassador to Germany, sees a realistic chance for a resolution of the nuclear crisis despite the escalation of the conflict. Direct talks with the USA are both possible and necessary, says the former diplomat. An interview by Silke Mertins

Mr Mousavian, we have seen more than ten years of negotiations on Iran's nuclear programme – with basically no results. Is a military conflict inevitable?

Hossein Mousavian: There is no reason for a military conflict. As long as Iran has no nuclear weapons, as long as Iran does not develop a nuclear bomb, there is even no justification to talk about a military strike. Countries like Pakistan, India and North Korea have developed atomic weapons and there has been no military strike against them. And even if a country leaves the Non-Proliferation Treaty and develops a bomb, there is no justification.

Even if you see no justification for military action – do you see a strike already on the horizon?

Mousavian: No, because Iran has been cooperating with the International Atomic Energy Agency, Iran has limited its enrichment, Iran has taken enough measures in order to reduce the concerns of the West. The reason why there is no breakthrough is that the hands of the P5+1 – the permanent members of the UN Security Council plus Germany – are empty, they have nothing to offer.

Do you see a way out?

Mousavian: The P5+1 has one set of measures on transparency, such as the additional protocol, and another set of measures on assuring the international community that there will be no breakout capabilities, including cutting nuclear enrichment by 5 per cent. 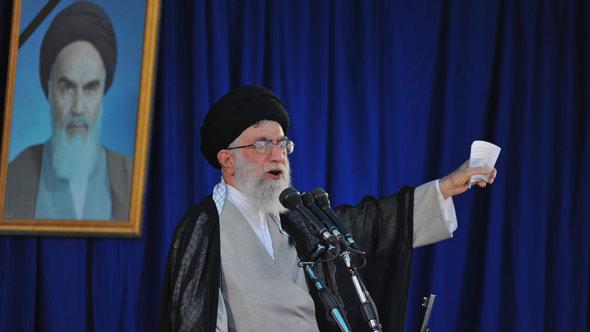 Tactical manoeuvre or earnest declaration of intent? Ayatollah Khamenei declared last year that Iran was not developing any nuclear weapons and described their possession as a "sin", "useless, harmful and dangerous"

​​If these measures are combined in one package with recognising the rights of Iran and lifting the sanctions – this would be acceptable for Iran. But because these measures go beyond the Non-Proliferation Treaty, NPT, the fatwa of the Supreme Leader Ayatollah Ali Khamenei comes in. He ruled in this fatwa that weapons of mass destruction are haram – a sin. This religious ruling could be transferred into another framework.

How and why would that help?

Mousavian: The fatwa would help Iran to offer a maximum level of transparency. When Iran is asked to go far beyond the NPT, we need the fatwa to justify a face-saving solution. I believe that, as part of the negotiations, secularising the fatwa through parliament, making it a law, will offer the West more security.

Is this kind of legislation currently being discussed by politicians and the Parliament in Tehran?

Many critics argue that a fatwa is not trustworthy because Shia Muslims are allowed to lie in order to protect their religion and the community.

Mousavian: This is a completely misleading argument. Even during the war with Iraq, when the enemy used chemical weapons and killed and injured 100,000 Iranians – even then, Iran did not reciprocate because of religious beliefs. What more proof does the West need?

Maybe Iran didn't use weapons of mass destruction because they weren't available at the time.

Mousavian: No, after the war, the organisation of chemical weapons conventions came to Iran and confirmed that Iran had the capability to produce those weapons but didn't do it.

Mousavian: Before the revolution, when the Shah was the puppet of the US, the Europeans wanted to nuclearize Iran. There was no such question as why Iran would need it. So why now? 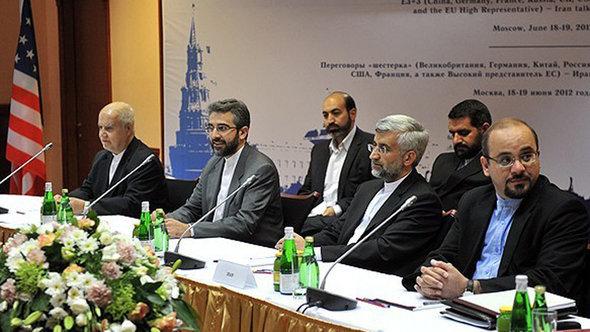 New low point in nuclear negotiations with the leadership in Tehran: The UN veto powers and Iran parted ways in Moscow in June 2012 with nothing to show for their efforts

You have called for direct talks between Iran and the US. But the Supreme Leader Chamenei has recently rejected such talks.

Mousavian: No, the Supreme Leader did not reject this. The complete text of his speech has this message: Iran is ready for direct talks with the US if Washington stops threatening Iran. Iran will not negotiate under threat. If the US is really serious about direct talks, why are hostile actions simultaneously being increased? This is a clear sign that they are neither sincere nor serious about talks. They are looking for regime change.

Germany is the plus 1 in the P5+1. How do you see the German role in the negotiations?

Mousavian: Germany has traditionally and historically had good relation with Iran and enjoys more trust in comparison to other European nations because it has no negative history in Iran. It is the only European power which has the potential to mediate. I wish Germany would use its potential more to bring about a peaceful solution.

Are the presidential elections in Iran a chance for a fresh start in negotiations?

Mousavian: There will not be substantive changes in Iran's nuclear policy even after elections. But there is one difference: there might be a new and better atmosphere, because the current president, Mahmud Ahmadinejad, is accused of denying the Holocaust and wanting to wipe Israel off the map. But even in a more positive atmosphere the P5+1 would need to accept Iran's rights and lift the sanctions. As long as these two elements are not included, there cannot be a solution.

Will the sanctions and the economic pressure eventually force the government to give in?

Mousavian: The sanctions and pressures have forced Iran only to increase enrichment and increase the capacity of the nuclear programme. In 2005, before the sanctions, Iran had about 1,000 centrifuges; now, after years of sanctions, Iran has 10,000 centrifuges. Before 2005, Iran enriched uranium to the level of 3.5 per cent; now Iran enriches to the level of 20 per cent. Before the sanctions Iran worked with IR1 centrifuges. Now Iran has developed IR2, IR3, IR4. You can see that more pressure has only increased the capacity of the programme.

﻿Born in 1957, Seyed Hossein Mousavian was Iranian ambassador to Germany from 1990 to 1997. He led the foreign policy committee of Iran's Supreme National Security Council under former president Mohammad Khatami. From 2003 to 2005 he was spokesman for the nuclear negotiator at the time, Hassan Rowhani. Under President Ahmadinejad's term in office he was arrested and accused of spying. Mousavian has been living in the USA since 2009, where he works as a research scholar at Princeton University.

Bachtyar Ali sends the hero of his latest novel – "Mein Onkel den der Wind mitnahm" – literally flying. Jamshid is so thin after his years as a political prisoner that a gust of ... END_OF_DOCUMENT_TOKEN_TO_BE_REPLACED

The murder of a female student at Mansoura University in the Nile Delta has sparked a long overdue debate on femicide in Egypt. Karim El-Gawhary reports from Cairo END_OF_DOCUMENT_TOKEN_TO_BE_REPLACED

For a century, the Kurds and other minorities in Turkey have been subject to state repression. With his dissertation "The Kurdish Question in Turkey", political analyst Ismail ... END_OF_DOCUMENT_TOKEN_TO_BE_REPLACED

Anti-Semitic motifs have no place at Germany’s documenta art show or anywhere else in the world, stresses Meron Mendel, director of the Anne Frank Educational Centre in Frankfurt ... END_OF_DOCUMENT_TOKEN_TO_BE_REPLACED

Fifty-five years after Israel began occupying Palestinian lands, it is more difficult than ever to imagine a way out. The seeds of the two-state solution that were planted by ... END_OF_DOCUMENT_TOKEN_TO_BE_REPLACED

Syria, Egypt, Saudi Arabia and the UAE are among those countries increasingly misusing cybercrime legislation to silence dissent and curb freedom of speech. Could a new global ... END_OF_DOCUMENT_TOKEN_TO_BE_REPLACED
Author:
Silke Mertins
Date:
Mail:
Send via mail

END_OF_DOCUMENT_TOKEN_TO_BE_REPLACED
Social media
and networks
Subscribe to our
newsletter