"Many Muslims React to Criticism of the Qur'an with Hysteria"

In an interview with Dirk Schönlebe, the author and Islam critic Ibn Warraq explains his views on freedom of opinion and the definition of tolerance in Islam, and the role of multiculturalism in the Western world 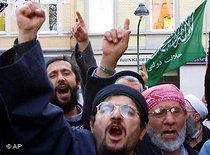 Ibn Warraq: "If one tries to criticise the Qur'an today, many Muslims react with hysteria. Because they don't want to accept any criticism of their religion!"

​​Ibn Warraq, why do you publish your writing under a pseudonym?

Ibn Warraq: I have to be careful, I'm on several death lists. And I don't want to upset the Muslims in my family. They don't know I've written all these books. But as I'm speaking in public more and more often now, someone is bound to recognise me at some point.

Why is your name on death lists?

If you're under threat for that reason, are many Muslims so intolerant?

Ibn Warraq: Of course there are moderate, tolerant Muslims as well. The most tolerant are the less educated people, who don't know exactly what it says in the Qur'an because they find it too difficult to read Arabic. Educated Muslims or those who can at least read the Qur'an are more intolerant. They often take it literally.

What do they take literally?

Ibn Warraq: The unequal treatment of women, the oppression of non-Muslims, the mingling of religious and state power, the disdain for freedom of opinion. They can quote the most important sources in Islam, the Qur'an and the Sunnah, on all these standpoints.

You were taught in Qur'an schools yourself.

Ibn Warraq: I learned the Qur'an by heart in Pakistan; I didn't understand it. Then I studied Islamic Studies in England. One of the lecturers was a Christian who was very well disposed towards Islam. He even had great understanding for militant forms of Islam. That got me thinking. 1989 was the final turning point for me, when the Fatwa was issued against Salman Rushdie for his "Satanic Verses".

Why was that a turning point?

Ibn Warraq: Rushdie wrote his book and trusted in freedom of expression. Whether one likes the book or not – he has the right to write it. Or as Rushdie put it, freedom of opinion also means having the freedom to upset people. Otherwise this freedom would be meaningless. I felt that freedom of opinion is a value that has to be defended. A value that we have to defend in the West. Like freedom of speech, freedom of conscience, true pluralism, the Western judicial system.

Was the West too tolerant at that time?

Ibn Warraq: Absolutely. Had it stood by Rushdie instead of giving in out of panic over political and economic benefits, we wouldn't have many of the problems we're facing now. Instead we're creating even more problems by giving way. Like with the Mohammed caricatures. Or take Iran. Iran despises the West. Every time a compromise is made, Iran doesn't say "thank you," but despises the West even more because it regards the West yielding ground as a victory for Islam.

Where should Western tolerance end?

Ibn Warraq: It has to insist on strict separation of the state and religion. On all people being equal in the eyes of the law. The Muslims have to accept that religion is a private matter. They have to give up their wish to apply Sharia law. As soon as religion is taken out of the public sphere, there is the possibility of compromises. Politics is made up of compromises. But religion is a non-negotiable, absolute demand.

For many Muslims, Islam is not just a religion, but a concept for all areas of their lives. Does Islam have to change?

Ibn Warraq: Absolutely! And that won't happen if we pretend there isn't a problem – as many Western intellectuals do. I've really had enough of the media regretting that there's never been a reformation in Islam. And at the same time criticising people like Ayaan Hirsi Ali or myself because we criticise Islam. There won't be any enlightenment in the Islamic world without people who exercise criticism.

The secularisation of Europe took place thanks to various historical movements; one of them was bible criticism, where Germans in particular played an important role: Albert Schweizer, for example, saw the Old and New Testament as texts written by men that can be analysed on a scholarly basis.

If one tries to criticise the Qur'an today, many Muslims react with hysteria. Because they don't want to accept any criticism of their religion. But we should encourage people to criticise the Qur'an. We have to protect and support the scholars who are looking at the Qur'an as scientists. That is the only way to prompt a reformation in Islam. Or secularisation in Muslim minds.

Why aren't these issues addressed?

Ibn Warraq: People just don't want to know any better. They're scared of upsetting the Muslim population. We certainly don't want to encourage racism. Whereby Islam is not a race. It's an ideology that is in rivalry with others, and wants to rule the whole world. It's a totalitarian ideology.

Where does this culture of denial come from?

Ibn Warraq: There are many reasons behind it. Bat Ye'or describes one of them in her new book "Eurabia": not long after the Second World War, the Europeans and especially France created a European-Arab axis, to lessen the influence of the USA. There were bilateral agreements. The EU launched Arab exchange programmes and financed Arab NGOs, creating strong European-Arab networks. If they were now to criticise anything about Islam that would upset their allies in the axis. Another reason is multiculturalism.

Ibn Warraq: I was a teacher in London in the 1970s, and I was very much influenced by the idea of multiculturalism. We were told – and I absolutely agreed, without realising the consequences – that we had to respect the parents' culture. In practice, that means that we taught less and less about European culture and the role of Europe in the culture of the children's countries of origin. We didn't want to give them the feeling that Europe or the West were perhaps superior in any respect. But what came out of it after all these years? They accused the West of cultural genocide.

How did the concept of multiculturalism fail in this case?

Ibn Warraq: People aren't told what makes the West so attractive for them. One has to tell them that the stability, the economic success story of the past fifty years is down to our legal system, educational system, the scientific approach to problems. And that if they insist on applying their own laws, for example, they're destroying precisely what made the West so attractive for them in the first place.

And why don't we insist on this kind of education ourselves?

Ibn Warraq: I'd call it a kind of naivety. Or appeasement. Like Churchill said: "An appeaser is one who feeds a crocodile, hoping it will eat him last." That is misplaced tolerance. People don't want to accept the costs that arise from defending their own values. We're more worried about concluding trade agreements, maintaining business relations and sourcing oil from the OPEC countries. That means we're undermining our own values. You could say that conceding has become a new value.

There are discussions in the West about whether we are tolerant enough towards Islam. Is the same thing being discussed vice versa in the Islamic-influenced countries?

Ibn Warraq: Not in the slightest. Islam is considered superior – and that is still taught today in Saudi-Arabia, Syria and Egypt.

Are there discussions about tolerance towards non-Muslim minorities?

Ibn Warraq: There are courageous individuals who fight for human rights in general. For instance, they want non-Muslims to be equal in the eyes of the law. You have to realise that the Christian population in the Middle East has dwindled over the past thirty years. Because Christians are persecuted and disadvantaged there. They have to put up with regular trouble or attacks every Easter and Christmas. Several Coptic Christians are murdered in Egypt every year. Why don't we defend the rights of these Christians in Egypt as well?

Do Islamic countries discuss the role of Islam and the limits of its influence on everyday life?

Ibn Warraq: Pakistani women are incredibly brave in this respect. When former President Zia-ul-Haq introduced Sharia there, it was the women who were most affected. They marched on the streets, unarmed. They were attacked by the police and accused of criminal offences – but they stood up for their rights. And they are still doing so today. All this, of course, without attacking Islam. They have to be very careful about what they say. For example the human rights lawyer Asma Jahangir, who fights for women's rights. And not long ago, secular Muslims demonstrated in Pakistan. My office in the USA gets regular emails and letters asking us to help set up secular and humanist organisations. So there are initiatives. We have to encourage them.

Ibn Warraq was born in India in 1946 and grew up in Pakistan, attending Qur'an schools. He later studied in Edinburgh and turned away from Islam. He now lives in the USA, where he works with the Institute for the Secularisation of Islamic Society (ISIS). He publishes under the name of Ibn Warraq, a pseudonym traditionally used by critical thinkers in Islam. Not even his family knows that he wrote the 1994 bestseller "Why I am not a Muslim".

Interview Mohamed Sabila
"Islamic Fundamentalists Understand Critique as Aggression"
Moroccan philosopher Mohamed Sabila on the Arab world's willingness to criticise itself and on the West's supposed predominance and its colonial legacy. An interview by Ulla Lehmann and Nikola Richter

Protest against Mohammed Cartoons
"The Reactions Are Themselves Caricatures"
Raja Ben Slama, professor for literature in Tunisia, warns that violent reactions in the Islamic world to the caricatures of the Prophet seem proof that Islam indeed has a tendency to be narrow-minded and theologically rigid

END_OF_DOCUMENT_TOKEN_TO_BE_REPLACED
Social media
and networks
Subscribe to our
newsletter