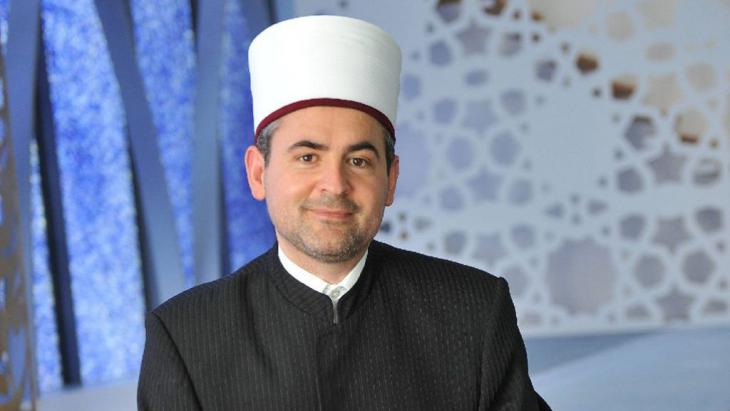 Muslims are not only permitted to ask critical questions of their theology; it is actually necessary – the opinions of scholars distort the view of the Koran, says Benjamin Idriz, imam of the mosque in Penzberg, Upper Bavaria, in conversation with Claudia Mende

Mr Idriz, did you receive any enquiries from Constantin Schreiber regarding his Mosque Report?

Benjamin Idriz: Unfortunately I didn′t receive an enquiry. Mr Schreiber did not produce an objective report on the mosque communities. There are certainly imbalances in some mosques, for various reasons, but the exclusively negative image that appears in his report just doesn′t stand up. On the day of the first programme in the series, I wrote and asked him why he hadn′t filmed in Penzberg. I still haven′t had a reply.

Yet you preach in German.

Are worshippers at your mosque interested in posing critical questions about religious truths?

Idriz: I′ve been looking after my community for 22 years now and I do indeed sense development among its members. It depends a lot on the imam. On what he preaches, which reading of the Koran he promotes. That determines the direction in which he leads his community. If the imam himself questions things in his sermons, then the members of the community sense that he is open-minded, theologically speaking. Then worshippers see they can come to the imam with their questions. 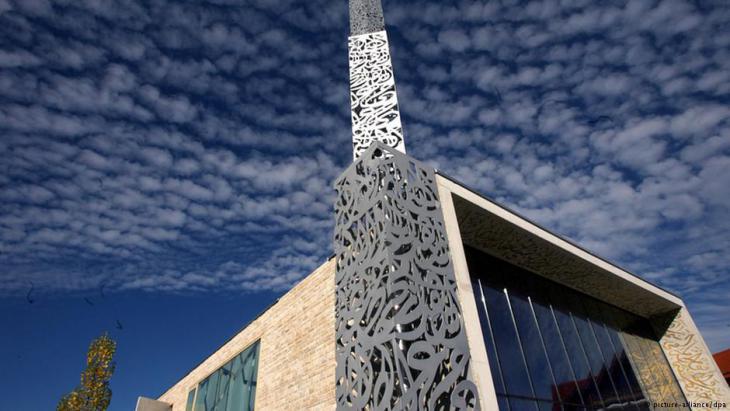 Interfaith dialogue in Germany as it should be: this mosque, founded in 1994 in the Upper Bavarian town of Penzberg, has demonstrated through its intensive contact with all religious communities, schools and other institutions just how integration can work. Keen to preserve its independence from the various mosque associations, it has become a centre for an open form of Islam, compatible with European values. Benjamin Idriz is a frequent speaker at interfaith events and on discussion fora

And there are no taboos. We can′t question the fundamental basis of the religion, but theology isn′t divine, it′s human. Questioning this theology created by humans isn′t just permitted – it′s necessary!

Idriz: For me, the problem lies not in the religion, but in its exegesis – in its interpretation by the scholars. From the perspective of a 21st-century Muslim in Germany, I see the need for a critical debate about the opinions of scholars who lived a hundred, two hundred, or a thousand years ago, in a completely different context. Today, we need to question the extent to which such opinions are still valid. The Prophet Muhammad himself called for that, when he said that every hundred years someone would come and renew the religion – or words to that effect.

So renewal is a demand of Islam itself?

Idriz: Renewal is a concept in the Islamic sources. I see two dimensions to the divine message. God said what he wanted to say, but that isn′t the end of his message. The revelation has to stay with humanity, that′s what the Koran is there for. So we need to ask ourselves: how can I use these texts to solve today′s problems?

New questions come up – questions that didn′t exist in the 7th century. How do we deal with them? Islam has only opened one door. Reason is the most important means of understanding the text. For me, there is a central Koranic verse, which is "God will abhor those who do not use their reason". God expressly requires us to use our reason, because without it you can′t understand the texts. 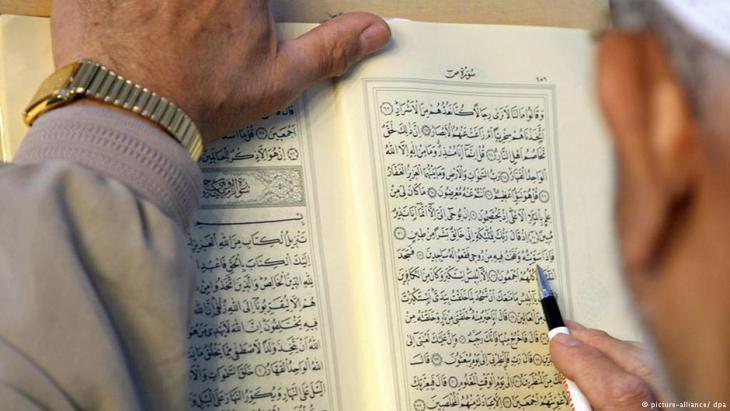 For a contemporary reading and interpretation of the Koran: "if Allah′s message is universal, then we can′t live with interpretations from over two hundred years ago. That would be ahistorical. True, we have to lend an ear to the scholars, but our first port of call should be reason. The scholars are dead; reason is here," says Benjamin Idriz

What does that mean in specific terms? Can you give an example?

Idriz: Almost all scholars excluded women from the duty to attend Friday prayers entirely. But God called on all believers to take part in prayers on Fridays. It was only later that the scholars excluded women for various reasons. There are even reports of women frequently asking critical questions during the sermon. A few men were so disturbed by this that they decreed women should stay at home.

In my interpretation, there are only some specific days when women mustn′t pray. It would be wrong to categorically exclude them. And in that I am contradicting the scholars. It wasn′t God who excluded them from prayers, but men. We have to question a theology that discriminates and excludes.

In many mosques the world is split into the "World of Islam" and the "World of the Unbelievers". What′s your approach to this issue?

Idriz: Categorising the world into two parts, "Dar al-harb" and "Dar al-islam", the "House of War" and the "House of Islam", may have been appropriate back in the 12th-14th centuries. Today, in a global world, these terms no longer have any meaning. They also contradict the Koran. My intention is that we should go back to the Koran. Such traditions destroy our understanding of Islam. Islam has been deformed by more than a few of these traditions. On some points, the scholars′ teachings run counter to the Koran.

Does that mean you don′t see the Koran as being literally dictated by God?

Idriz: Every letter is divine. The message was sent to humanity, but people need to have access to it. This connection between people and text has to be horizontal. People must nourish themselves with this text, which contains a message of healing. The text must support people in all their troubles, hopes and challenges. God says he did not reveal the Koran to make people unhappy. If Allah′s message is universal, then we can′t live with interpretations from over two hundred years ago. That would be ahistorical. True, we have to lend an ear to the scholars, but our first port of call should be reason. The scholars are dead; reason is here.

And what do you do with verses that are no longer appropriate to the age – those that say men should be superior to women, or that call for war against unbelievers?

Idriz: There is no one verse that is problematic. The problem is either that we don′t understand these verses, or we don′t want to understand them. Such as the verses that call for violence, like: "Kill the unbelievers wherever you find them". Before and after this sentence are others that explain it. The sentence "You may not attack" also features in this passage – without it you might end up misunderstanding the Koran. You may defend yourself in order to save your own life, but you may not attack. That′s the message.

If you look at these passages in their textual and historical context, can you understand them?

Idriz: It is impossible to properly understand a Koran verse without the asbab al-nuzul, the "circumstances of revelation". This is especially true of those verses that were revealed in reaction to a particular event, a person or a place. They cannot be valid all over the world and for all time. A verse stating that men of the faith may not marry the Prophet′s wives was only meant for the situation in the 7th century. There are Koran verses like this, which were revealed in a specific historical context and which today we no longer have any reason to put into practice. These are verses without an actual meaning for our times.

You are not just a theologian, but a practitioner. How does that influence your theology?

Idriz: Theologians write clever books, but for the most part they have little to do with the grassroots. I try to put my theological understanding into practice. At Friday prayers, for instance. It′s all very well to write that women have just as much duty to pray in the mosque on Fridays as men do. But here in Penzberg, that′s something we practise, too. Whether one woman comes, or a hundred – the women′s prayer room is reserved just for them. Even if the men′s prayer room is full, the men aren′t allowed to pray in the upper level. Since then, the number of women praying has risen every Friday. The exchange between men and women has become something normal.

Has the community gone along with that?

Idriz: To start with, it wasn′t easy. And the same goes for sermons in German. Some people asked why we weren′t using our mother tongue. But I preach in German for theological reasons and not to satisfy the public. The Koran says: "We have sent no prophet except in the language of the people". If we live in Germany, then that language has to be German. And since women like Mary, the mother of Jesus, or the Prophet Muhammad′s wives, played an important role, women in the community shouldn′t just cook and clean; they need to be visible on the management and administration side, doing public relations work or conducting tours of the mosque.

Benjamin Idriz′ dissertation on ″Horizontal Aspects in Islam″ is due to be published shortly in German.

Education for girls and women is still possible in Afghanistan, says Reinhard Eroes of the Kinderhilfe Afghanistan initiative. In interview with Elisa Rheinheimer, he talks about ... END_OF_DOCUMENT_TOKEN_TO_BE_REPLACED

In Doha, Arabs from Morocco, Tunisia, Egypt and Algeria are gathering to celebrate the first ever FIFA World Cup to be held on Arab soil. The criticism from Europe? Over the top, ... END_OF_DOCUMENT_TOKEN_TO_BE_REPLACED

Canan Topcu came from Turkey to Germany as a child. In her essay, she describes how bothered she was by the racism she encountered in her country of origin when she travelled ... END_OF_DOCUMENT_TOKEN_TO_BE_REPLACED

All organisers use major sporting events like this year’s FIFA World Cup in Qatar primarily to advertise their country and promote a slick public image. This is not something we ... END_OF_DOCUMENT_TOKEN_TO_BE_REPLACED

A leading light of Israeli theatre, Ofir Henig has directed the Israel Festival and is the only female director to have been awarded the Israel Theatre Prize. These days, however ... END_OF_DOCUMENT_TOKEN_TO_BE_REPLACED

Antoine Leiris lost his wife in the Islamist terrorist attack on the Bataclan club in Paris. German director Kilian Riedhof has made a film of his book "You will not have my hate ... END_OF_DOCUMENT_TOKEN_TO_BE_REPLACED
Author:
Claudia Mende
Date:
Mail:
Send via mail

END_OF_DOCUMENT_TOKEN_TO_BE_REPLACED
Social media
and networks
Subscribe to our
newsletter