Every Day a New Battle against Circumcision in Mali

Charlotte Wiedemann talks with Imam Cheick Mohamad Diallo, Secretary General of an association of West African Muslims and Christians against circumcision, about his difficult battle against female genital circumcision in Mali 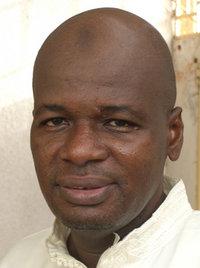 ​​An international conference of Islamic scholars, who gathered in November 2006 at Azhar University in Cairo, condemned female genital circumcision as a "harmful, deplorable custom." Muslims should "prohibit this deplorable custom in compliance with the teachings of Islam" and declare the act to be a "crime."

A subsequent conference led by the Supreme Mufti of Egypt, and financed again by the German human rights initiative "Target," was supposed to be held in September in Mali, where genital mutilation is prevalent throughout the country. This plan has now fallen through: Mali's president Amadou Toumani Touré is afraid to lend the conference his patronage.

You participated in the first conference of Islamic scholars on the topic of genital mutilation. Does a resolution from Cairo's Azhar University have any influence in Mali?

Imam Cheick Mohamad Diallo: We have distributed the text of the fatwa here, but that had very little effect. The Supreme Islamic Council and the Association of Imams, everyone here is in favor of circumcision, even the Muslim intellectuals. Ninety-five percent of Muslims here think that circumcision is Islamic. This must be changed; otherwise it will be impossible to educate the people.

The religious authorities must change their views, otherwise our education efforts will never succeed. I myself have been excluded from the Association of Imams since 2000, because I called circumcision non-Islamic in a televised sermon. This exclusion persists today.

Why does circumcision have such deep roots in Mali?

Diallo: Mali is unique in the region. By now every other West African country has legally prohibited circumcision; in Mali the government is afraid to do so. In Senegal, for instance, the largest ethnic group, the Wolof, do not practice circumcision; only the smaller ethnic groups do. It was thus easier there to introduce a law banning it. But in Mali all the ethnic groups advocate it! The only exception are the Malians of Arab descent, but they make up only around two percent of the population.

The people believe that a circumcised girl is more likely to be sexually faithful, and this is very important to them with regard to their daughters. We are in a country with more than 50 percent illiteracy, and the idea has been put in their heads that an uncircumcised woman will go sexually astray. But we cannot cut something off a woman to make her be faithful! This is what we keep telling people. It is a matter of upbringing, mentality, not of cutting something off!

Mali's Christians are also circumcised. But the Muslims adhere very stubbornly to this tradition. Why?

Diallo: In fact, the problem here are the Muslims in particular, for an amalgam of tradition and religion exists on their side. There are so many disputed Hadiths on the topic of circumcision that it is virtually impossible for uneducated people to make sense of it all. And everything that we say to the devout about the health consequences, about the medical problems, fades when he hears in the mosque: circumcision is Islamic. Then he does not listen to any others – or he immediately forgets it again.

But circumcision is neither Islamic nor religious! Islam even explicitly condemns such acts. In the Koran God says (the Imam cites in Arabic): "We have created man in the perfect form." In the perfect form! How do you understand this if you believe that something has to be cut off?!

Diallo: No, not at all! Most of them have not had a classical Islamic education. They have attended a Koran school for three, four, five years at the most; then they become preachers. Often they cannot even interpret the Koran. This is a big problem. And there are many Imams in Mali who cannot read Arabic. An Imam who does not know Arabic! The majority of preachers and Imams here do not have sufficient information.

You yourself studied in Egypt and in Morocco. What influenced your views on circumcision?

Diallo: I have been fighting against circumcision for 22 years. I have seen horrible cases. I have seen what the mutilation does to a person. And I have participated in international conferences, I have contact to Azhar University, to the Muftis in Egypt and in Saudi Arabia. I exchange information with others. Most of Mali's Muslims do not have the opportunity to do so; they have no contact whatsoever with the Islamic world outside Mali. This makes a big difference.

What can you do to improve the state of knowledge?

Diallo: Every day is a new battle! We opponents of circumcision are a small minority; among Imams we are only two to three percent. And there are thousands of Imams in Mali; alone in the capital city Bamako there are more than a thousand mosques. I speak on the radio, but not every station will allow it. I address the topic in my sermons, but it's not always possible.

Have you been defamed?

Diallo: I have many enemies and all kinds of problems. Many Imams will not offer me their hand; many will not talk to me. I have even been physically attacked, here in the yard of my own house, near the mosque by fanatics who had received money to attack me. My house was guarded by the police for two weeks in order to protect me. It is all very, very difficult.

After Cairo you wanted to hold a second Islamic conference on circumcision in Mali. This now appears to be impossible. How do you assess the stance of the Mali government?

Diallo: The government has to change its politics. It must finally realize that it must not join forces with the religious organizations in this matter. There is a government program against circumcision – but unfortunately it does not have the support of the government. It is all talk! If the president really dealt with the issue, if he stood behind the education campaigns, then we would have fewer problems. I don't know what he is afraid of.

You yourself have four daughters. Are they circumcised?

Diallo: We live here in a large household, in an extended family. One of my brothers had his daughters circumcised, another one did not. I will not let my daughters be circumcised. And they will not experience any disadvantages later because of it.

Azhar Conference on Genital Mutilation
Scholars Proscribe Abuse of the Female Body
The German organization TARGET has organized for the first time together with Egypt's Azhar University an international conference on female genital mutilation. No consensus, however, was reached on issuing a legal opinion on banning female circumcision. By Nelly Youssef

Ousmane Sembene's "Moolade"
Opposing Genital Mutilation
Senegalese filmmaker Ousmane Sembene is one of the most renowned and successful directors of Africa. His film "Moolade," a manifesto against the genital mutilation of girls in Burkina Faso, won him an award in Cannes. Max Annas and Annett Busch report

Swedish Study on Circumcision
The Correlation of Genital Mutilation and Infertility
Around the world 6,000 girls are circumcised every day, the majority of them in Africa. Now a Swedish study has found that the practice has a significant impact on fertility. Maja Dreyer reports

END_OF_DOCUMENT_TOKEN_TO_BE_REPLACED
Social media
and networks
Subscribe to our
newsletter