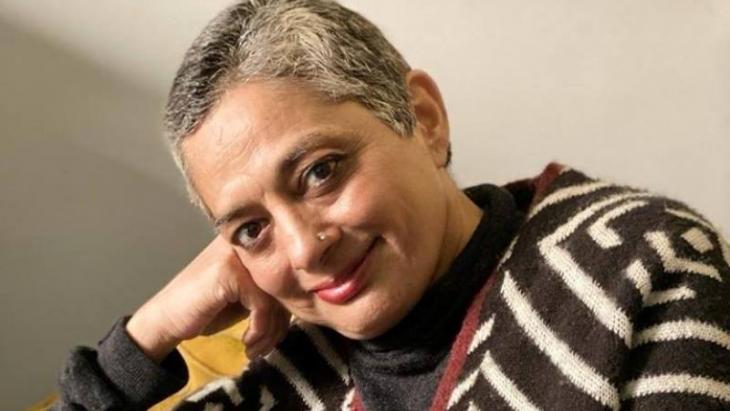 Interview with Indian Muslim writer Sadia Dehlvi
"The soul of India is inclusive, pluralistic, and democratic"

Modi’s Citizenship Amendment Act grants the Indian citizenship to members of persecuted minorities from neighbouring countries, yet excludes Muslims. This has sparked waves of protest all across India. For prominent Delhi-based Muslim writer Sadia Dehlvi the new law is a long overdue wake-up call. Interview by Marian Brehmer

The current protests have attracted international attention. Your family has been part of the social fabric of Muslim Delhi for centuries. Can you describe how you have experienced the atmosphere in your social circle during the past days and weeks?

Sadia Dehlvi: I come from a liberal and secular-minded circle of Muslims. My friends and I support the protests. Even though our families have been well established here for many generations, we are beginning to feel marginalized in today’s India, pushed to become second-class citizens.

Why are so many people protesting against the CAA now?

Dehlvi: This discriminatory bill is meant to disenfranchise large parts of the Muslim population. It will make it hard for many of them to prove their citizenship. You need to understand that large parts of the Indian population live without documents. How are those people going to prove their citizenship? Where are people going to go and what are they going to do if the government decides to target them? The bill has already been passed. People are angry because the real issues Indians face, such as the failing economy and unemployment, are not being addressed. They are using openly divisive politics to divert public attention. But people don’t want to be divided on the basis of religion.

What has surprised you about these protests?

Dehlvi: I have never seen any protests as big and spontaneous as these. They have been taking place in many cities across the country. People have been spurred into action because they realise that this is going too far. Although Delhi is experiencing a particularly cold winter right now, protestors have still come out in their thousands, braving the chilly temperatures.

Moreover, huge numbers of women have been at the forefront of the protests, even on the campus of Jamia Millia University [a traditional Islamic college] where police violence escalated. It is the first time since Modi came to power that Muslims have said "enough is enough". The most wonderful aspect of this movement is that Muslims are being joined by people of every faith. The protests have gone beyond being a purely Muslim cause, because people now understand that this bill is leading us in a fascist direction.

How is the government coping with such sudden and sustained resistance?

Dehlvi: I would say it was taken by surprise. They didn’t expect this kind of strength and resilience from the students. Modi's government seemed to be getting away with everything: demonetisation, the lynching of Muslims by extremist BJP supporters, the lockdown of Kashmir. People just stayed quiet. There have been protests before now, but nothing like what we are currently seeing. Maybe the BJP politicians thought they would get away with this as well. Yet even ordinary citizens seem to feel that excluding Muslims in such a way is a purely divisive idea. It’s as if the real face of the BJP government has suddenly shown itself. That is why people are using their legitimate right to protest. Not allowing them to do so is undemocratic.

Pakistan and India have fought three wars and countless skirmishes, but as summers get hotter with climate change, their peoples are united by love for a cooling 115-year-old pink ... END_OF_DOCUMENT_TOKEN_TO_BE_REPLACED

Anger in the Middle East is spreading over comments made by an official of India's ruling BJP about the Prophet Muhammad, with various countries summoning New Delhi's envoy and a ... END_OF_DOCUMENT_TOKEN_TO_BE_REPLACED

Heavy rains and storms are causing huge floods and high water in both countries. Tens of thousands of people have had to leave their homes so far. ... END_OF_DOCUMENT_TOKEN_TO_BE_REPLACED

As the scorching sun beat down on his fruit cart, Mohammad Ikrar dreaded another day of tossing out dozens of rotting mangoes and melons – a regular practice now, as India ... END_OF_DOCUMENT_TOKEN_TO_BE_REPLACED

Twenty-eight-year-old photojournalist Masrat Zahra documents the situation in India-administered Kashmir with her camera. In this interview with Elisa Rheinheimer, she talks about ... END_OF_DOCUMENT_TOKEN_TO_BE_REPLACED
Author:
Marian Brehmer
Date:
Mail:
Send via mail

END_OF_DOCUMENT_TOKEN_TO_BE_REPLACED
Social media
and networks
Subscribe to our
newsletter