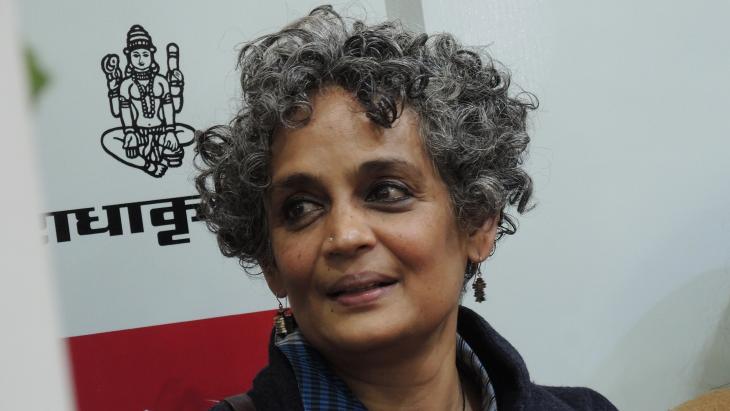 "India is much more dangerous than it was ten years ago"

Celebrated Indian novelist Arundhati Roy, best known for works such as "The God of Small Things" and "The Ministry of Utmost Happiness", has also made a name for herself as an essayist and critic of the political situation in India. Dominik Muller spoke to her in New Delhi about changes in India over the last decade

In your last novel, “The Ministry of Utmost Happiness”, you ridiculed the former prime minsters of India: Manmohan Singh you described as a rabbit with a turban. Concerning Modi you referred to his chest volume of 1.42 metres, which he referred to in almost every speech during the last election campaign as an expression of his masculinity and strength. Are you still able to laugh about the political leaders of this country?

Arundhati Roy: Characters in a novel are characters in a novel, so there are many who are composite and so on. Laughter in literature or in life, however, has nothing to do with light-heartedness. In fact one of the best things that is happening at the moment is that the fascists, Modi and all the terrible things that are happening in India are being met with humour. It is the first sign that people are beginning to refuse to accept their authority. Such humour has nothing to do with not taking the situation seriously. Laughter can be very political.

Many Indian writers prefer to live in the USA or Great Britain, while you have lived in Delhi for decades. You ended your last novel, however, in a kind of temporary exile in London. Why was that?

Roy: Yes, it's true. I did experience a momentary panic, but I returned ten days later, because I couldn't be the person who left. There had been a massive attack on universities, students, teachers, professors, and on the curriculum as a whole. At that point one university after another was being attacked. Student leaders were being attacked and thrown into jail. When they appeared in court, they were being beaten up. Then, on one of the trashy TV channels which was popular at the time, the presenter said, you know, it's fine, these are students and they are doing all these terrible things, but who is the inspiration? 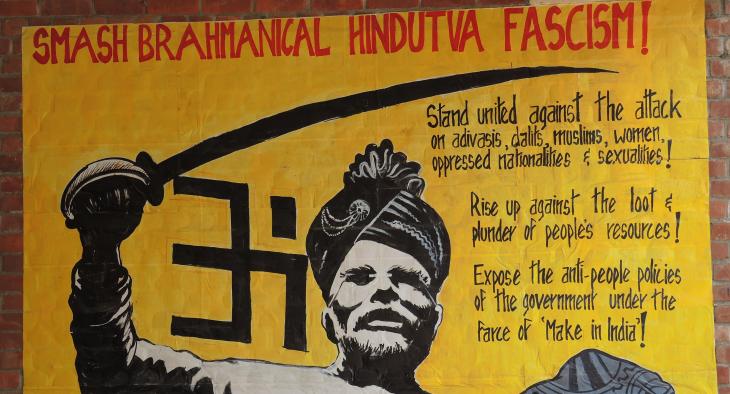 Modiʹs BJP is just the tip of the ice-berg: the RSS, the Rashtriya Swayamsevak Sangh, which was set up in 1925 along the lines of Mussolini's black shirts, holds the real power. Their aim is to change the constitution and declare India a Hindu nation. Modi is a member, almost all BJP ministers and deputies are members. Every institution has been penetrated by RSS, whether army, universities, courts or intelligence services

Who has written about dams, who has written about attacking parliament, who has criticised nuclear testing, who has written about Kashmir? It's this woman. Why is she not behind bars. I felt they were selling me down the river. More or less. I mean it had happened to me before and it has happened to me since, but at that point I was literally weeks away from finishing this book, which I had been working on for 10 years and I was very vulnerable. I didnʹt want to end up somewhere where I couldn't finish it. So I just lost my nerve and left. But then, after I left, I felt so desolate I had to come back.

For a long time you have been pointing to the fusion of neo-liberal and right-wing extremist politics in your country. This phenomenon is unfortunately not one that is confined to India. Yet there it seems very advanced. How did this come about?

Roy: I've been writing about all this for some 20 years. Basically during the late 80s and early 90s the Congress government opened two locks. One was the lock of the Babri Majiid, the mosque in Ayodhya, which some people claim is actually the birthplace of the Hindu god Ram. The second was the introduction of a free market economy. Opening these two locks unleashed two kinds of totalitarianism: an economic neoliberal market fundamentalism and Hindutva – religious, Hindu-chauvinist nationalism. These two types of fundamentalism have entered into something of a dance with each other, sometimes appearing to be antagonistic – the one mediaeval, the other modern – and yet they are actually lovers.

Dozens of people have been killed as a result of protests against India's controversial Citizenship Amendment Act. Critics say the law is aimed at marginalising Muslims and goes ... END_OF_DOCUMENT_TOKEN_TO_BE_REPLACED

India's rapid descent into xenophobia, violence and irrationality has an important economic dimension, but it takes politicians to channel these emotions into nationalism and to ... END_OF_DOCUMENT_TOKEN_TO_BE_REPLACED

Since the leadership in New Delhi revoked the special autonomy status, previously laid down in the Indian constitution, for the state of Jammu and Kashmir at the beginning of ... END_OF_DOCUMENT_TOKEN_TO_BE_REPLACED

Calls for a free Kashmir are becoming louder on both sides of the divided region. Can the German reunification model be applied to the India- and Pakistan-ruled Kashmirs? And what ... END_OF_DOCUMENT_TOKEN_TO_BE_REPLACED

Indiaʹs constitution prohibits discrimination on the basis of religion, but the government of Prime Minister Narendra Modi does not care. Run by Hindu-supremacists, it is ... END_OF_DOCUMENT_TOKEN_TO_BE_REPLACED 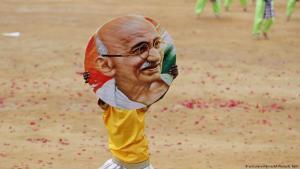 150 years after the birth of the Indian freedom fighter, the Hindu nationalist government in Delhi has distanced itself from Gandhi's legacy of peace more than any other preceding ... END_OF_DOCUMENT_TOKEN_TO_BE_REPLACED