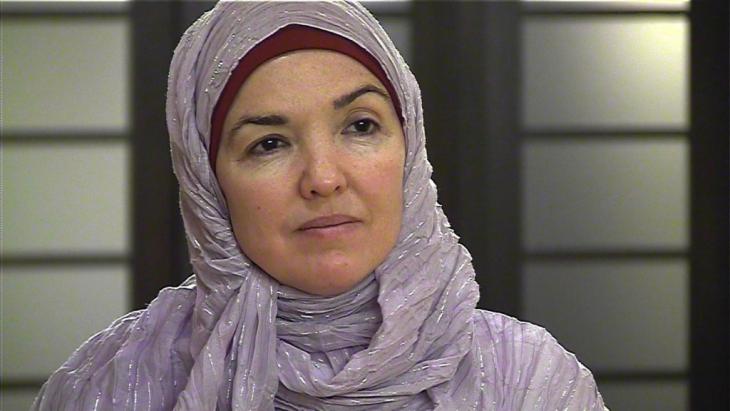 Muslim youngsters are often unsure as to the real nature of Islam. They need role models within their own communities who are prepared to stand up with self-confidence to extremist ideologies. Ingrid Mattson, a Canadian scholar in Islamic Studies and former president of the largest Muslim organisation in Northern America, spoke to Claudia Mende

Mrs Mattson, what are the main challenges for American Muslims engaged in institution building?

Ingrid Mattson: In the US the diversity of the American Muslim community is both a source of strength and of weakness. It is its principal strength because it allows for a lot of creative thinking. It promotes dialogue, it forces people to confront their assumptions on how Islam should be lived, it works against conformity. On the other hand, it also makes it difficult to act together on important issues, or to create an overall vision of where the Muslim community should be, say, in ten years from now. It′s that diversity of the Muslim community that provides the most opportunities and challenges at the same time.

Do you also have debates about who belongs to the community and who doesn′t – as are common in Europe?

Mattson: Not as much, because unlike in Germany, there are no government-funded professorships in Islamic theology in the US. Everything that is done has to come from donations from the community. When we talk about American Islam, we are talking about a merging culture. There is no one state-preferred form of Islam. In Germany and other European countries you have to face the issue of: do we want a government-sponsored religion? How much are we going to allow the government to get involved in deciding which is the right or good version of Islam? We don′t have that in the US in the same way, because the constitution forbids it.

Does that make it easier to build Muslim institutions? You yourself developed the first programme for Muslim chaplains, male and female.

Mattson: It′s more responsibility, because we have to do the fundraising and organising, as well as figuring out where there is common ground. You have to draw the line somewhere. For instance, when I established the Islamic chaplaincy programme the question was: what do you mean by Islamic? Where are the community′s boundaries? It was neither my right nor my desire to say there is one orthodox Islam and everyone who comes to the programme has to adhere to it. I was looking for Muslims who would serve the diversity of the community, Sunni, Shia, Sufi, Salafi. The one condition was they had to be willing to serve people from the different schools of Islam, because that′s what a chaplain does.

What about Ahmadi Muslims, for example?

Mattson: The Ahmadis consider themselves Muslim. The majority of the Muslim world seems to consider them to be outside the Islamic spectrum. Just like Christians would not consider Mormons as belonging to Christianity. At some point you have to make a decision. Even within the broadest liberal and ecumenical terms of definition, boundaries are going to be necessary at some point. Of course such decisions shouldn′t simply be an arbitrary exercise of power. But it is difficult.

So how did you decide?

You also came up with the idea of Muslim street chaplains. How is that going?

Mattson: I am thinking about how we might be able to achieve that. I know some Christian street chaplains and some Muslims who also function as street chaplains, offering a compassionate, supportive, pacifying presence. That is very different from a street preacher, someone who is out there trying to get people to convert. To me a chaplain is someone who helps to alleviate spiritual suffering and bring a sense of God′s love and compassion to those in need. Today we are living in a time of great upheaval, disruption, mobility and displacement. We have to be more mobile in helping people to serve. You cannot be stuck in the mosque waiting for people to turn up. That′s why I am looking for a much more flexible form of service and care in chaplaincy in general.

Muslim representatives are caught between Muslim extremists on the one side and growing anti-Muslim feeling on the other. How can you best handle this delicate situation?

Mattson: We need to address the statements made by extremists, making it clear what we believe and offering accessible accurate information about what we believe Muslim obligations are – and what we believe Islam is. We need to challenge anything that affects our security, but we shouldn′t be constantly reactive. There are so many crazy things being said all over the place, that we could end up dissipating all of our energy and time simply in responding to these extremists. It′s really important we work on building our community. 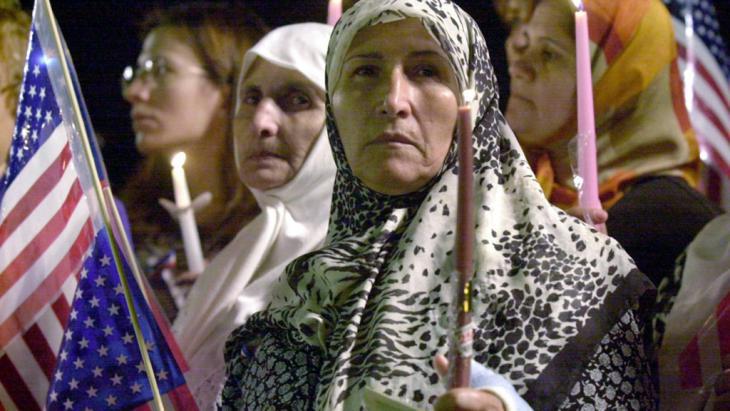 Muslims in the US find it easier to integrate than in Europe – American identity is all about social participation, not assimilation. " The American Muslim community has so many resources that European Muslims have yet to develop," explains Ingrid Mattson

Mattson: I want us to focus on building up our professional human resources, making connections, focusing on education and on how to be an ethical person in today′s world. We need to do that and not be too distracted by what the extremists are doing. It′s important to have clear statements, positions and clarifications about certain views that are being put out by the extremists, yet without getting dragged into constant bickering with them. The best proof is how you live. Youngsters are often confused about what Islam really is. What they need more than anything are stable role models who are keeping it real, who are courageous, demonstrating that it is possible to live as a rational, faithful, ethical Muslim today. That′s it.

Even though 9/11 happened in the US, why does life seem to be easier for Muslims in America than in Europe?

Mattson: Some of it has to do with America, its laws, its history, its culture. Some of it has to do with the Muslim community. The self-perception of Americans is that their country was founded on religious freedom. Hence the strong reaction of Americans to right-wing Republicans saying that Muslims should not be president. The swift response from all corners is to condemn such utterances as totally un-American. It just goes against the American identity. For Americans, religious freedom is at the heart of their identity and people who stand up for their religion are respected.

And what is the contribution of the Muslim community?

African Americans are extremely critical of certain structural aspects like the police, systemic racism, economic policies that are deliberately targeted to cheap some people under cost, but there is never any question that they are American.

Muslim feminists in the US like Amina Wadud ask for women to lead mixed prayers. What is your position on the question? 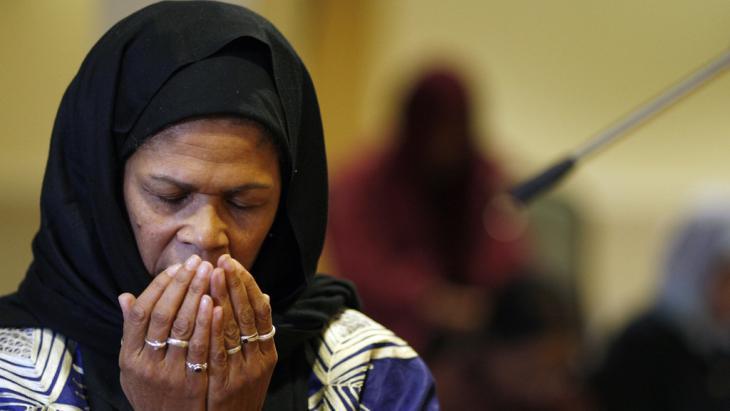 Islam scholar and prayer leader Amina Wadud: for some Muslims, whether or not Friday prayers may be led by a woman is a decisive factor in whether they believe Islam affords women the same level of respect as men. Most women certainly do care about feeling equal, with equal dignity and equal decision-making power in the mosque

Mattson: This is an issue of legal differences; it is a question of religious law. Leading the prayers is always a contextual question. For me as a Sunni Muslim I look at whether someone – like Amina Wadud, who is a scholar of Islam – is articulating from a reasonable standpoint. There are those who will argue for things just on the basis that they don′t like something or other spurious reasons, which to me have no validity in the law and don′t really promote religious life or worship. I am less concerned about the outcome of an argument, as to whether the person is making a sincere effort to ground it within the proper normative sources. That′s my main concern.

Is this a vital issue for the Muslim community?

Mattson: For the vast majority of Muslims it′s a fairly marginal issue. But there are practising Muslims in the community who really care about this. Some feel that until this issue is resolved, they cannot believe that Islam affords them the same dignity as men. I know men and women who have come to the conclusion that it is a stumbling block to their practising Islam – not having an answer with which they personally can feel comfortable. But for the majority, it′s just not an issue. Most women, however, care very much about feeling equal, with equal dignity and equal decision-making power in the mosque.

From your perspective, how do you think will the refugee crisis change the situation for Muslims in Europe?

Mattson: National borders are just dissolving and becoming less and less meaningful. European Muslims in particular are just in the process of trying to develop a European Muslim identity. I think this migrant crisis is crashing the party: in terms of numbers, they are going to be overwhelmed by people who are solely concerned with what is going on in the Middle East.

So the idea that they can just develop a kind of European agenda about what they want to be as a community is being put under a huge strain. But maybe in the end all these national identities were artificial anyway. We need instead to focus on ethics, because ethics is about trying to benefit others and preventing harm wherever you are. Maybe that will save us.

Ingrid Mattson is a scholar in Islamic Studies. After teaching in die United States for years she is now at the University of Western Ontario in London, Canada. From 2006 to 2010 she was President of the Islamic Society of North America, the largest Muslim organisation in North America.

A friend of the murdered journalist Jamal Khashoggi, Omar Abdulaziz is a thorn in the side of Saudi Arabia. Living in exile in Canada, the activist has been warned by the police ... END_OF_DOCUMENT_TOKEN_TO_BE_REPLACED

In 2017, Sarah Hegazy was arrested in Cairo for displaying a rainbow flag, the symbol for homosexuality and queerness, at a concert. The activist recently took her own life in ... END_OF_DOCUMENT_TOKEN_TO_BE_REPLACED

In June Canada's French-speaking province Quebec passed Bill 21, banning the wearing of religious symbols or garments by certain public servants in the workplace. Aside from the ... END_OF_DOCUMENT_TOKEN_TO_BE_REPLACED

In early November, Toronto hosted one of the most vibrant and exciting events ever held under the banner of religion: "The Parliament of the World’s Religions”. Stefan Weidner ... END_OF_DOCUMENT_TOKEN_TO_BE_REPLACED

On 18 October the Canadian province of Quebec passed new legislation forbidding a person to be veiled when delivering or receiving a public service. Bill 62, dubbed the "state ... END_OF_DOCUMENT_TOKEN_TO_BE_REPLACED
Author:
Claudia Mende
Date:
Mail:
Send via mail

END_OF_DOCUMENT_TOKEN_TO_BE_REPLACED
Social media
and networks
Subscribe to our
newsletter