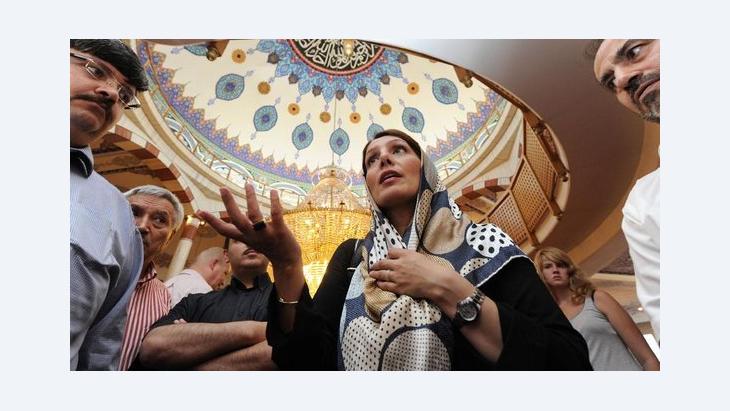 "Integration is a matter of wanting to, being able and being allowed to"

In May, Bilkay Öney will have been in office as integration minister in the German state of Baden-Württemberg for one year. The Turkish-born politician says she is privileged and told Klaudia Prevezanos about her work

What are your tasks as Integration Minister in Baden-Württemberg?

Bilkay Öney: In general, a minister's job is to detect undesirable developments in society and offer possible solutions. A political framework is in place for the different portfolios. In my case, that's integration, integration policies and migration. When I came to Baden-Württemberg from Berlin, I investigated the problems in a prosperous federal state that has very little unemployment. But Baden-Württemberg is the state with the highest percentage of migrants at more than 26 percent. One out of four people – even one out of just three youths – has foreign roots.

If you look at the unemployment figures among migrants, the percentage of people living near the poverty line and the number of school drop-outs with foreign roots, you'll find there's a need for action. I'm also responsible for asylum seekers and refugee housing, which is a great challenge. That's actually where the lion's share of my budget goes. So you see, the Integration Ministry has many different tasks.

In other states, integration is just one of several departments in a ministry that might be responsible for, say, labor, women, social affairs, the family, justice or Europe. Has it proven to be a good idea that you and your ministry only have to deal with one topic?

Öney: Usually, integration issues in Germany's states are dealt with in the Ministries for Social Affairs. Of course, it's much better to have a separate Integration Ministry, you can keep the issues under one roof, and the ministry is responsible for them all. When it's just a department in another ministry, and you need an OK from other ministries for certain measures, you lose a lot of time and energy. 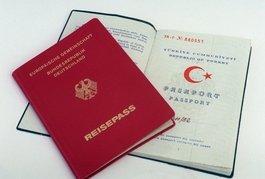 ​​Let me give you an example: when I started measures regarding citizenship laws, I didn't have to ask my colleague in the Interior Ministry because it's my jurisdiction. That's a great advantage. Perhaps the Interior Ministry would have judged the measures differently. I believe that, with the new ministry and its new personnel, we've been able to quickly implement quite a few projects that might have needed much more energy and persuasion in other ministries.

In May, you'll have been in office for a year. Which goals were you able to realize?

Öney: We've made some headway in the question of citizenship, for instance we've introduced several writs to simplify naturalization. In Baden-Württemberg, we allow people who can't cancel their original citizenship to hold multiple citizenship.

We don't force older migrants to take the written German language test because these people never had the opportunity to learn written German in school. We also filed a parliamentary initiative to drop the duty of option in citizenship laws: we're lobbying to let everyone who is granted dual citizenship at birth to keep it even after they become legal adults on their 18th birthday.

We've also introduced a discussion group on Islam that focuses on Muslims' problems. Their issues often differ from the problems Christian migrants have. Headscarves only concern Muslims, as do the ritual slaughtering of animals, Muslim burial rites and Islamic religious education in school. We commissioned a survey to find out what the majority of society thinks integration should be and what they expect from an Integration Ministry.

If you look at integration policies in Germany: what seems to work?

Öney: I wish I could answer that question with a lot of positive aspects. But in general, the integration debate is often difficult. We often talk at cross purposes. The migrants don't know what the majority wants and what it regards as integration and vice versa. In that respect, I believe we have to articulate much more clearly what it is we want – so do the migrants. 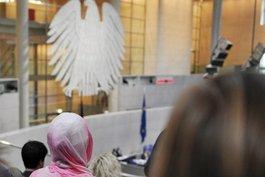 In Germany's integration debate, the battle lines are drawn, says Minister Öney. More self-criticism on the part of the migrants as well as the majority society is therefore called for, she says

​​Accusations from the one side are followed by explanations from the other. Somehow, we can't see eye to eye and I get the impression that the battle lines are drawn. It would be good if we could break that up – which can only work if we open up to an honest debate and dare address issues that might be uncomfortable or might be viewed in a critical light. More self-criticism on the part of the migrants as well as the majority society is called for.

What is lacking in Germany's integration policies?

What else can migrants do to contribute to integration?

Öney: They could more often take up offers to integrate. What good is the best concept for integration if migrants don't take advantage of it. We have to pitch integration; it has to be clear that efforts toward integration are worthwhile. Otherwise, migrants will feel offended and withdraw into their corner.

Is it time for a federal Integration Ministry?

Öney: That demand is certainly on the table. Chancellor Angela Merkel has said integration is an important task for the future, and Maria Böhmer, the senior official in the government responsible for integration, has urged creating a separate Integration Ministry. It's an advantage to have all tasks and jurisdictions under one roof, making it easier to work on projects and without having to depend on other ministries.

Whether more funds would be available depends on what you wanted to do. Integration measures don't have to be expensive, sometimes, they even save money. Creating a federal integration ministry would be a good and helpful move .It's up to the current federal government, perhaps even the next one.

﻿In May 2011, Bilkay Öney (41) took over the newly-created Ministry of Integration in the state of Baden-Württemberg. She was born in Turkey and has lived in Germany since 1973. Öney previously served as a member of parliament for the Green Party in the Berlin Senate. She joined the Social Democrats in 2009.

Ayaan Hirsi Ali’s new book "Prey" claims to examine how Muslim immigration threatens the rights of Western women. Indeed the injustices women face only seem to matter to her when ... END_OF_DOCUMENT_TOKEN_TO_BE_REPLACED

The Saudi national team is set to play the German Olympic squad at the Olympics in Tokyo later this month – a chance for the outsiders to make their mark. At the same time, and ... END_OF_DOCUMENT_TOKEN_TO_BE_REPLACED

I regret very much that I worked for the Bundeswehr. If the Taliban knock on my door, I hope they shoot me right away. Guest article by Ahmad Jawid Sultani END_OF_DOCUMENT_TOKEN_TO_BE_REPLACED

Muslims in Europe regularly experience threats, witness attacks and are the target of hate across national borders. Now the Council of Europe, the continent's leading human rights ... END_OF_DOCUMENT_TOKEN_TO_BE_REPLACED

The final defeat against Italy hurt England – but the racist insults against Saka, Sancho and Rashford were far more painful, revealing the deep rift running through English ... END_OF_DOCUMENT_TOKEN_TO_BE_REPLACED

END_OF_DOCUMENT_TOKEN_TO_BE_REPLACED
Social media
and networks
Subscribe to our
newsletter