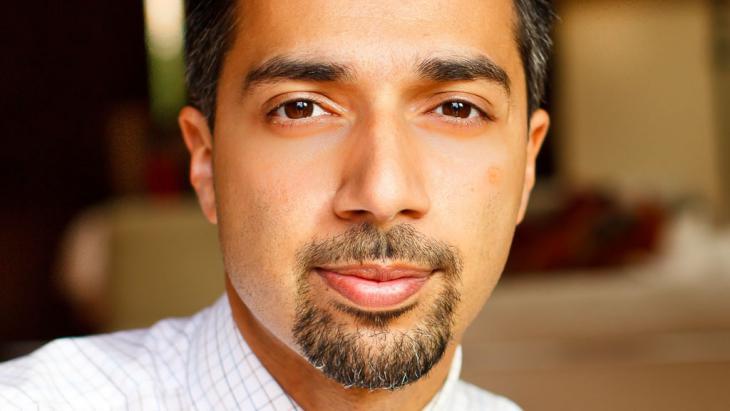 According to Iran expert Trita Parsi, a comprehensive nuclear deal would be beneficial for both Iran and the world's powers. In this interview with Sven Pohle, he explains why and criticises those who oppose the ongoing negotiations

Nuclear talks in Vienna are continuing. Do you think there will be a comprehensive deal between the P5+1 and Iran?

Trita Parsi: At this point, it does look quite likely that there will be a deal. The signs so far have all been positive. There's no guarantee, of course. But they're very close, they're closer than they've ever been before, and we haven't really seen any particularly negative signs coming out.

The fact that the 30 June deadline was missed is frankly expected, and it didn't seem like too many people were even taking that deadline very seriously. The real practical deadline is 7 or 8 July, mindful of the Congressional deadline that has been imposed through the Corker Bill.

Who will benefit from a deal?

Parsi: I think everyone will benefit from a deal. The West will definitely benefit, because this will close off Iran's path to a nuclear bomb. It will pacify this issue. The Iranians will benefit because their nuclear programme will end up becoming normalised, they will have sanctions lifted and there will be an opportunity to be able to restore relations on a much better footing with the West, which is critical for both sides.

At the end of the day, the Middle East is in complete turmoil, there's a significant spread of radicalism and Iran is an extremely important player that can – in many ways – effectively work against this radicalism, particularly the Sunni Salafist radicalism that is coming out of Saudi Arabia, and we're seeing what's happening in Syria and Iraq right now.

You said the deal will close off Iran's path to a nuclear bomb. Critics, however, doubt that the deal will keep Iran from getting nuclear weapons in the long run. Some think that Iran is being handed a massive programme with virtually undetectable nuclear breakout.

Parsi: The science behind that completely contradicts that assessment. The entire world wants the additional protocol. It's the best instrument we have to make sure that inspections are so intrusive that it virtually eliminates the chance of any country breaking out. That's exactly the solution that's going to be accepted by the Iranians for their nuclear programme. 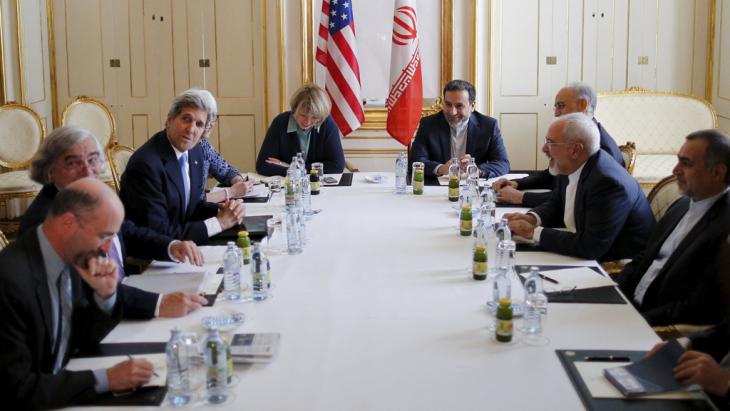 Has the long-awaited breakthrough finally been reached in Vienna? This weekend, an historic agreement would appear to have been reached by the P5 1 and Iran. On Sunday, officials from both sides expressed cautious optimism that they were close to a deal

Some fear that sanctions relief might actually strengthen Iran to the point that it would become more resilient to re-imposed sanctions. Would that diminish Western influence on Iran?

Parsi: The thinking behind that is that the only way to make sure that the Iranians don't build a nuclear weapon – and that they don't cheat on this deal – is to constantly put pressure on them. That's a completely erroneous way of looking at it.

Would a deal only help Iran's elite, the hardliners, or do you think a deal could actually help to unleash Iran's moderate society?

Just recently, there was a report that came out with massive interviews with leaders of the civil society, of the pro-democracy movement, and they were overwhelming in their support of this. They think that this is a good thing, and the critics, again, think it's not.

The critics are using any argument they can, in a very desperate way, to prevent, what in essence is something that would close off the chance – the risk – of a military confrontation with Iran. And the media, in my view, should ask more questions of what alternative the critics are proposing? And do the critics actually want a war or not?

Trita Parsi is the founder and current president of the National Iranian American Council, a non-profit organisation based in Washington, DC, with the stated mission of "advancing the interest of the Iranian-American community".

Home
Print
Newsletter
More on this topic
How the West views Iran's leaders: A sober and critical eye is neededInterfaith dialogue: The missing ingredient in the Iran and P5+1 negotiationsNuclear talks with Iran: The long hoped-for breakthroughSaudi Arabia's nuclear plans and Iran: Is a nuclear arms race looming in the Gulf?
Related Topics
Iranian nuclear programme
All Topics

One year ago the Taliban returned to power, seizing Kabul; the U.S. and its allies made a panicked exit from the country. Of all the books written on the subject, four stand out ... END_OF_DOCUMENT_TOKEN_TO_BE_REPLACED

In "Iran. Die Freiheit ist weiblich", journalist Golineh Atai describes the dogged resistance of courageous Iranian women against the Islamic Republic and the mullahs who have ... END_OF_DOCUMENT_TOKEN_TO_BE_REPLACED

Unflattering terms were used at a German Football Association human rights congress aimed at "intensifying the discussion" ahead of the World Cup. One speaker in particular made ... END_OF_DOCUMENT_TOKEN_TO_BE_REPLACED

Egyptian authorities have Mada Masr in their sights once again after critical reporting. But the editor of the country's last independent news source is adamant they will continue ... END_OF_DOCUMENT_TOKEN_TO_BE_REPLACED

Like Christianity, Europe's history is one of migration. Both have strong roots in the Orient and in cultures thousands of years old. Cultural historian Bernhard Braun invites us ... END_OF_DOCUMENT_TOKEN_TO_BE_REPLACED
Author:
Sven Pöhle
Date:
Mail:
Send via mail

END_OF_DOCUMENT_TOKEN_TO_BE_REPLACED
Social media
and networks
Subscribe to our
newsletter