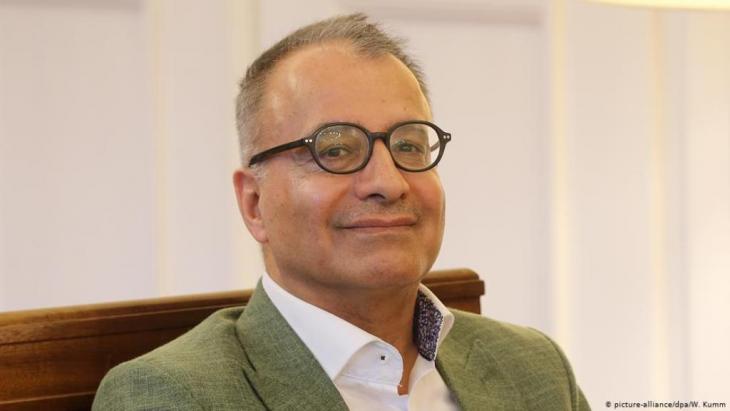 "Literature is based on politics and eroticism" 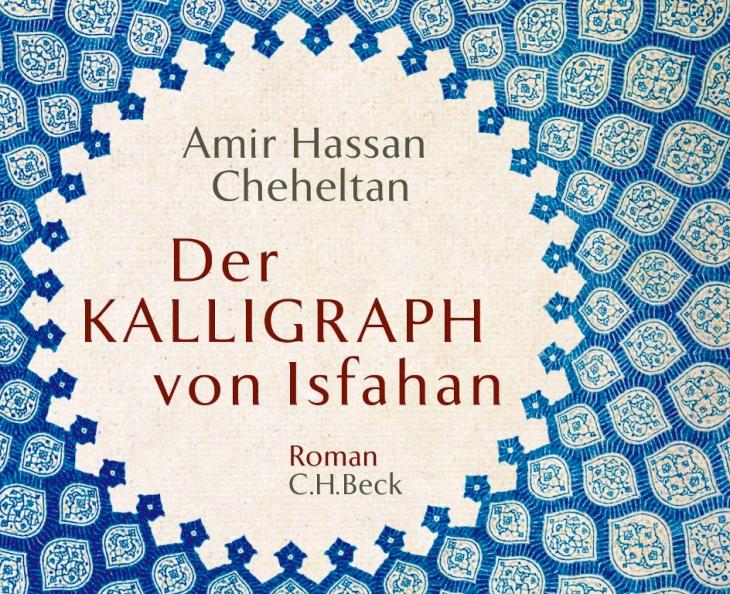 How do your readings work in Europe? After all, the audience does not understand Persian.

Cheheltan: Firstly, I read a few lines in Farsi to give the audience an idea of what the original text sounds like. Then an actor or presenter reads longer passages in German, and the subsequent discussion takes place in English.

Interest in Iranian literature is growing in Europe. Do you think this is related to political developments? 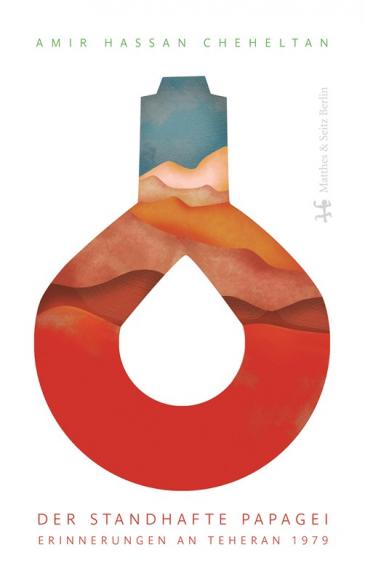 Settling scores with the Islamic Revolution: in his 2018 novel "The Steadfast Parrot", Amir Hassan Cheheltan describes how after the fall of the Shah in 1979 the revolutionary forces radicalised themselves and finally established a repressive regime that replaced the corrupt tyranny of Reza Pahlavi with a despotic religious state

Cheheltan: There is no doubt that the world public is following Iran with interest. I suppose there are some who want to find answers to their questions in my novels. That's possibly one reason my books and articles are attracting more attention today.

Does the better quality of the translations also play a role? There are some outstanding literary translators out there, such as Susanne Baghestani, whom you have already mentioned.

Cheheltan: Yes, indeed. Translating literature is a difficult undertaking; to quote Don Quixote from Cervantes: translating is at best like looking at a carpet from the back.

But I am lucky; my translators Susanne Baghestani and Jutta Himmelreich are very good, as editors and critics alike assure me. I am also very satisfied with Kurt Scharf, who has translated some of my novels. He is an outstanding linguist who translates texts from seven or eight languages.

Do you check the translations?

Cheheltan: I don't speak German, but one should check things occasionally. Once the name Torabi was translated as Terabi because Persian words are written without vowels. I only noticed it when the book had already gone to print.

In the case of name descriptors such as Hassan Chaghoo (Hassan the knife) or Hossein Ferfereh (the nimble Hossein), it is obviously better to translate the attributes rather than leaving them in the original language.

The plots of some of your books are set several centuries in the past. Nevertheless, they have been well received in Europe. Why is that?

Cheheltan: My novel "The Calligrapher of Isfahan" is set in 1722, 300 years ago, yet this novel is my most successful book in Germany. People in Iran also like reading books that belong to world literature, but play out in a different cultural setting. For example, the works of Haruki Murakami, which are regularly translated into Persian immediately after publication, are very popular.

Iranians see themselves reflected in these narratives and that is important for a novel. Some of our authors don't pay enough attention to this. Many novels written in Iran are of no interest to an international audience. They may be read and enjoyed by Iranians, but they do not appeal to the global reader.

he metaphors the authors use to circumvent censorship are often difficult for readers to understand. You avoid censorship by publishing your books abroad.

Cheheltan: I do send my manuscripts to Iranian publishers first. They send them to the Ministry of Culture and ask for permission to publish. My first novel was published 42 years ago in Iran. Since then I have been in constant conflict with the censors.

Censorship has ruined Iranian literature. I have not been able to publish a single novel in Iran in the past 15 years because the Ministry has always refused to give me the necessary permission.

A lot of your fellow writers adapt to the circumstances and write their texts in such a way that they can be published in Iran.

Cheheltan: Literature has always been based on two pillars: politics and eroticism. If we ban both of them from a story, there is virtually nothing left. But these two elements are the focus of current censorship. I'm surprised, because eroticism has been at the centre of Persian literature for a thousand years, especially poetry. 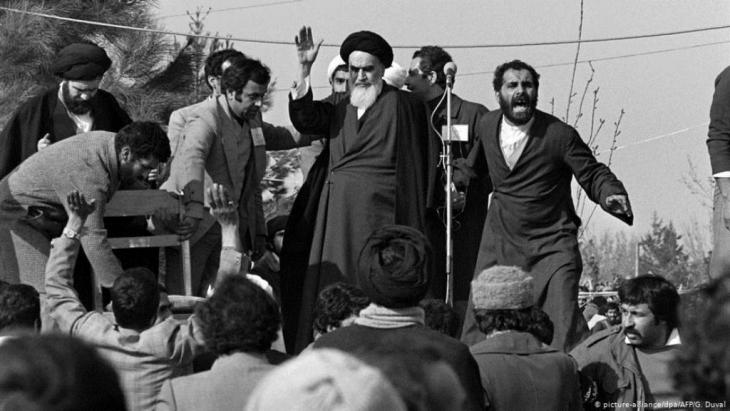 Leader of the Islamic Revolution: Ayatollah Khomeiniʹs rise to the top of the religious leadership shattered all hopes of a democratic awakening in Iran. Instead, a new tyranny arose that systematically persecuted intellectuals and dissenters

Indeed, we have an almost pornographic canon of poetry, which does not originate from the pen of some anonymous writer, but from glorious poets such as Rumi, Hafiz and Saadi. Since I have had the opportunity to publish my works abroad, I no longer see any reason why I should do without eroticism in my novels. That is why my works fall victim to censorship.

How can you interact with other Iranian authors if they cannot read your work? Or do you give them manuscripts to read?

Cheheltan: No. Nobody but my wife, my son, the European publishers and translators get to read my manuscripts. In Iran, many people used to ask me for the manuscripts, but I have asked them to stop doing so. Nevertheless, I am in close contact with my Iranian colleagues, especially younger writers. I teach creative writing in various workshops and give interviews in the Iranian media several times a year.

Are your novels like children whom you love equally, or do you have a particular favourite?

Cheheltan: I love them all, but I'm not entirely satisfied with a couple of my novels. I would really like to get around to re-working them. Experience helps you move forward and as a result your work gets better and better.

Is your book "The Steadfast Parrot" of particular significance because you used it to write about the Iranian revolution?

Cheheltan: No, I had wanted to write this book for a long time, but I kept postponing it. I have always preferred fictional novels. In 2015, I happened to meet Andreas Rotzer at the Frankfurt Book Fair, who would later publish "The Steadfast Parrot" at Matthes & Seitz. He asked me what I was working on at the time. I said I was thinking about writing down my observations of the Islamic Revolution. Rotzer said, "Write them for us."

It took ten months for the novel to be finished. But it's just a work like any other.

Among Muslims, the image of women as "cossetted hijab-wearing princesses" is frequently invoked. But Muslim women have long wanted to be more. In her essay, Karoline Roscher- ... END_OF_DOCUMENT_TOKEN_TO_BE_REPLACED

The USA and NATO plan to withdraw from Afghanistan by September. The operation is risky, the outcome uncertain. Many Afghans fear civil war. The quake on the Hindu Kush will also ... END_OF_DOCUMENT_TOKEN_TO_BE_REPLACED

Even in times of war and pandemic, refugees are still being deported to Afghanistan. Several deportation flights have taken place in recent weeks alone. Since those affected often ... END_OF_DOCUMENT_TOKEN_TO_BE_REPLACED

On 7 March, Switzerland became the latest European country to vote in favour of a so-called "burka" ban. It was yet another feather in the cap of the right-wing populist Swiss ... END_OF_DOCUMENT_TOKEN_TO_BE_REPLACED

German Middle East analyst Guido Steinberg and television journalist Ulrich Tilgner have both published new books on the conflicts in the Middle East. Their analyses and their ... END_OF_DOCUMENT_TOKEN_TO_BE_REPLACED

END_OF_DOCUMENT_TOKEN_TO_BE_REPLACED
Social media
and networks
Subscribe to our
newsletter