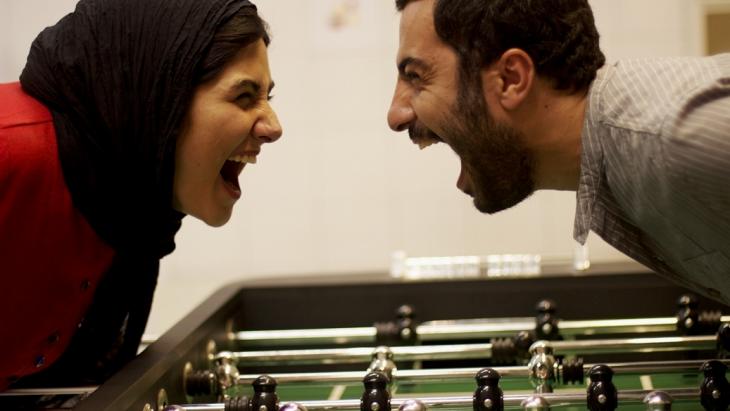 The rage of an entire generation on screen

The film "Asabani Nistam!" (I'm not angry!) was the only Iranian entry at this year's Berlinale film festival. On screen, young Iranians vent their anger and frustration at the day-to-day economic hardship and the general hopelessness of Mahmoud Ahmadinejad's term as president. Igal Avidan spoke to the director and producer Reza Dormishian

Why are the film's protagonists so angry?

Reza Dormishian: Mostly because of the growing frustration felt by young Iranians as a result of all the disappointments and pressures we have suffered in the past eight years due to the economic crisis, growing inflation and unemployment. By contrast, we have been very enthusiastic and optimistic in the past few months.

Is this why you had to produce your own film? Does this make you angry?

Dormishian: I had no other choice. I had to take the risk and make a few compromises. Iranian films are produced either by state-run companies, private companies or they are low-budget productions, like mine. We had to work very hard because we only had a budget of about US$550,000.

How important were the demonstrations against the rigged presidential elections in 2009, which you reconstruct in your film, for Navid and his friends?

Dormishian: Navid was originally a very peaceful guy, who even tried to prevent violence during the demonstration. He was dismissed from his course not because he's Kurdish, but for taking part in a demonstration and for smearing paint on a professor's car. After a while, he begins to hate people and beat them up. My film is a love story set against this social backdrop.

Many students in Iran are not allowed to continue their studies because of their political or social opinions or activities. This was one of the worst decisions the previous government made. The new education minister, however, has given orders for over 400 former students to be allowed to return to university. The right to study is a basic right. 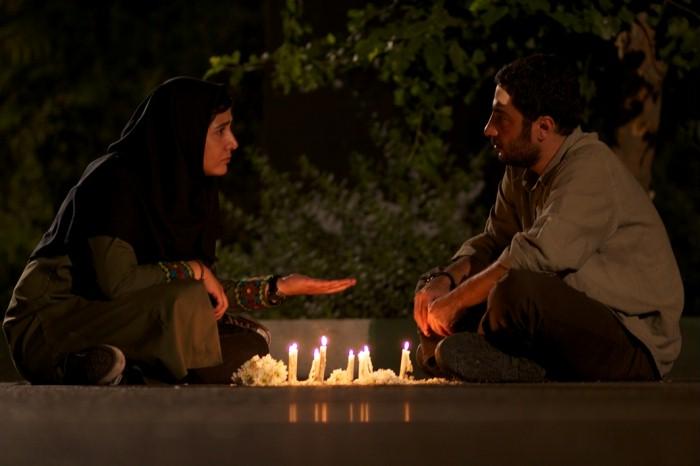 Navid, a young Iranian, has had enough. To begin with, the 26-year-old was expelled from university for taking part in demonstrations against the rigged presidential elections in 2009; then he loses his job. When Navid realises that he is about to lose his fiancée too, his frustration turns into aggression

You juxtapose scenes of Iranians trying to sell their kidneys and liver with the voice of former President Ahmadinejad saying that there are no economic problems in Iran despite international sanctions.

Dormishian: He actually said that on TV.

Navid's friends advise him to leave Iran, but his girlfriend, Setareh, wants to stay in the country. How important is this issue to you personally?

Dormishian: Thank you very much for watching my movie so closely. Emigration is one of the most frequently discussed subjects among young Iranians. The main question for them is whether to stay in Iran or to leave. We have all wrestled with this question.

And what makes you stay?

What permits did you need to make this film?

Dormishian: To begin with, we had to submit the script to the Ministry of Culture. Once it was approved, we had to choose a cast and a crew. They all have to be recognised by the Iranian alliance of motion picture guilds, the so-called "House of Cinema". In other words, they have to be members of one of the 32 cinema guilds. When shooting was completed, we had to get a screening permit, which we got.

The press reported that your film was one of two audience favourites at the 32nd Fajr International Film Festival in Tehran last week, but was ultimately excluded from the competition. Were you forced to pull out?

Dormishian: We always face problems, so we are used to it. The audience in Iran sympathised with this movie because it conveys the reality of their lives. What happened at the festival was very sad and so bitter that I don't want to talk about it. 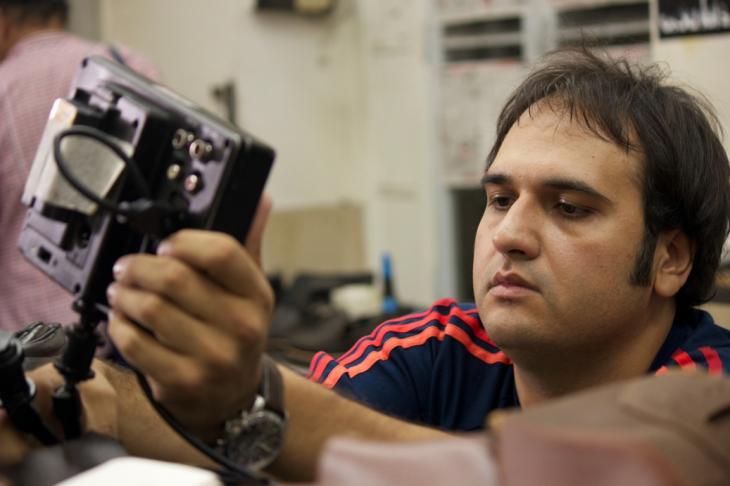 In early February, audiences at the Fajr International Film Festival in Tehran chose "Asabani Nistam!" (I'm not angry!) as their favourite film at the festival. Nevertheless, the film was later excluded from the competition

Will the success of the film in Berlin help your film in Iran?

Dormishian: (laughs) Fingers crossed! If my film is released outside Iran, that will promote its dissemination inside the country, but it will be no help in getting a screening permit. We need a permit for public screenings and for video release in Iran. You can get pirate copies of any movie, even the latest American productions, on the black market in Iran.

Is the public hanging in your film realistic?

Dormishian: Such things do happen in Iran.

Press agent Mohammad Atebbai: On the day of our first screening in Berlin, two people were publicly hanged in Iran. Those hanged are either smugglers or rapists, but not political prisoners.

What has the political climate in Iran been like since President Rouhani took office last August?

Dormishian: Iranians are more hopeful now; some people smile and believe that this President was elected because of their vote.

Unlike former President Ahmadinejad in 2009?

Dormishian: (laughs) I never said that.

Once your anger evaporates, will you start making comedies?

Dormishian: (laughs) My scripts are the product of my moods, so a comedy is possible. At the moment, for example, I'm planning a silent movie.

The coronavirus pandemic has disrupted social and economic life across the globe. But in the Middle East, authorities have coupled religious edicts with public health advice to ... END_OF_DOCUMENT_TOKEN_TO_BE_REPLACED

The French-Algerian poet Habib Tengour delves deep into the Persian Middle Ages, describing a legendary alliance of men that creates a fateful bond between a religious terrorist, ... END_OF_DOCUMENT_TOKEN_TO_BE_REPLACED

While some are beginning to protest the lockdown, others are unable to bury their loved ones in accordance with Islam. Here’s the latest from across the region END_OF_DOCUMENT_TOKEN_TO_BE_REPLACED

Coronavirus is also spreading in Iraq. This didn't stop hundreds of thousands of pilgrims travelling to a Shia shrine, however. The nation's health system has already conceded it ... END_OF_DOCUMENT_TOKEN_TO_BE_REPLACED

Coronavirus continues unabated. Iran remains a hub of infection, war-torn Syria has recorded its first case and Yemen is bracing itself for the worst. Here’s the latest from ... END_OF_DOCUMENT_TOKEN_TO_BE_REPLACED
Author:
Igal Avidan
Date:
Mail:
Send via mail

END_OF_DOCUMENT_TOKEN_TO_BE_REPLACED
Social media
and networks
Subscribe to our
newsletter