"Our Society is in Ferment"

Mahmud Doulatabadi's novel The Colonel is censored in Iran. Andreas Fanizadeh spoke to the Iranian writer about the 2009 protest movement, literature and censorship in the theocracy

Mahmud Doulatabadi's novel The Colonel is censored in Iran. Andreas Fanizadeh spoke to the Iranian writer about the 2009 protest movement, literature and censorship in the theocracy 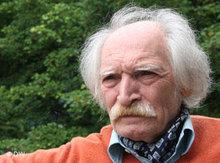 "Even in the area of culture there is no free speech. Not even with regard to Iranian history and earlier developments," says Mahmud Doulatabadi

​​Mr Doulatabadi, was it difficult for you to get a visa to travel to Germany?

Mahmud Doulatabadi: It was not particularly difficult; the usual bureaucratic annoyances, nothing that we Iranians have not long been used to.

How does one go about getting a visa to leave Iran?

Doulatabadi: Once you have the visa, you are normally also able to travel. If you have been banned from travelling, however, you are likely to find out about it only at the airport.

You have just completed a reading tour in Germany with your novel The Colonel. You once said that the censorship situation in Iran might improve after the elections. When is your book to be published in Iran?

Doulatabadi: Of course, I had hoped that the elections would pass off smoothly and that afterwards things would be different, that we would have a situation where books such as mine could be published. However, things did not go smoothly. There are many problems, and the situation has become very tense. I do hope, however, that given time, the book will also be published in Iran sometime.

In an interview, you said that the Iranian censorship authorities had referred to your book as a "masterpiece". On the other hand it cannot be published in Iran; that seems completely absurd.

Doulatabadi: For me it is not absurd at all, it is rather a substantial contradiction, and one that has been around for a long time and that still dominates our culture today. Those people who read and checked over my manuscript were, as literary experts, of the opinion that it was a work of merit. On the other hand, however, in their role as government officials, they had to make the ideological decision that it would be better not to publish the book.

What is your reaction to that? Are you able to hold readings in Iran? Does a culture exist beneath the monitored public level?

Doulatabadi: There is very little opportunity to do public readings. It may well be that there are occasions when a handful of people get together in a private apartment or a house, and one of them reads his work. But it wouldn't be wise to try to read from a book in public that has not been published or is on the censored list.

Following the presidential elections in June, there were weeks of unrest in Iran. There was talk in other countries of the birth of a new opposition movement, one that would exist beyond the 79 paradigm of revolution and counter-revolution. What is your view? 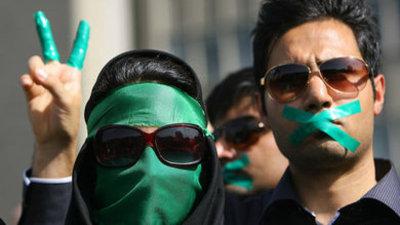 According to Doulatabadi, it would be wrong to describe the 2009 protests in Iran as revolutionary, specifically because they were peaceful and were not unconstitutional

How did you experience the elections and the protests? Were you out on the streets, or was that too dangerous?

Doulatabadi: I did not take part in the demonstrations myself, but I did closely follow what was going on and wrote about it. One of my pieces was published in the German weekly newspaper Die Zeit. I was very worried that the government might decide to put down the protest with massive force. This is why I decided not to take part in the demonstrations.

Is it not odd that a man like Mir Hossein Mousavi, who represents the brutal regime of the 1980s, should now have become the standard bearer of the opposition and the new Iran?

Doulatabadi: Our society is in ferment, so, in that sense, this movement arose spontaneously. It needed a leader, a symbol. And, within the parameters of existing laws and realities, it was Mousavi who seemed the best candidate. Mousavi himself, I believe, was surprised by the force and dynamics of what happened. Hardly anyone had expected it.

You yourself found out all about repression during the Shah's reign; you spent two years in prison. How do you see the current situation after the defeat of the protest?

Doulatabadi: There is a huge difference. Under the Shah, the system was fairly transparent and more or less predictable. The Shah tried very specifically to suppress certain political opposition groups. But nowadays it is the case, or at least it seems so to me, that one part of the social establishment is opposed by another part of the social establishment. The current situation is more difficult to evaluate and very negative compared to the way things used to be when the battle lines were more clearly drawn. It makes the situation so confusing and difficult. At the end of the 1970s we had a dictatorial regime, a closed system against the entire nation. Today, however, the people and the establishment are split right down the middle.

What people abroad find continuously surprising is the number of people who take to the streets in such conditions and at such risk. Where do they find the courage and strength?

Doulatabadi: You mustn't forget that those who are now rebelling are the sons and daughters of the generation that went to war against the Iraqi invaders of Saddam Hussein. They made huge sacrifices during the eight years of war; they risked everything and gave a great deal. They are not the sort to be easily intimidated. It's their country too, after all.

​​It is really the regime's own people, then, who are now turning their backs on it?

Doulatabadi: Yes, but this is something that has been going on for a long time. Until now they simply had not found an opportunity to articulate this publicly on a large scale.

How important is culture in the present conflict? I get the impression, from watching recent Iranian films, for example, that there is a discussion going on over the question of who it is that embodies the "real", the "true" Iran. But the return to tradition, the struggle for hegemony of the national codes, is this not also very conservative?

Doulatabadi: This tendency does exist, and it is reinforced by the fact that we do not have a free press. The scope of the discussion is always defined from above; presently, therefore, it is very religious and nationalistic. Even in the area of culture there is no free speech. Not even with regard to Iranian history and earlier developments. You see, I am allowed to read from my novel in Germany, but not in Iran. Certain contradictions are multiplied due to this lack of freedom. One side can say what they want in the controversies. And the others have to remain silent.

Born in north-eastern Iran in 1940, Mahmoud Doulatabadi is one of Iran's best-known writers. His novel The Colonel was recently published in German translation by the Unionsverlag, Zurich. This work, which deals with the post-revolution period in Iran after 1979, was the latest of Doulatabadi's books to fall foul of the country's censorship authorities.

"Transit Tehran "
Ninjas in Chadors, Hip-Hop in Farsi
Transit Tehran, a diverse anthology of images and texts, proves that there is much more to Iran than the image portrayed by the media leads us to believe. Angela Schader reports

END_OF_DOCUMENT_TOKEN_TO_BE_REPLACED
Social media
and networks
Subscribe to our
newsletter