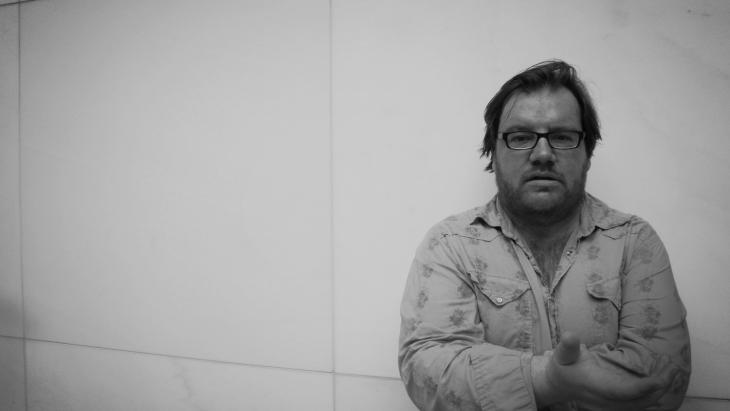 Looking outwards with the knowledge from within: a conversation with the Iraqi writer Sinan Antoon on the future of his homeland. Interview by Lena Bopp

Sinan Antoon, right from the start you’ve viewed the protests in Iraq with a great deal of hope. What will remain of the movement after the killing of the Iranian military leader Soleimani?

Sinan Antoon: One of the demonstrators’ key demands refers to sovereignty. The people want to regain sovereignty over their nation and its resources and they reject all foreign influence, from both Iran and America. "Neither Iran nor America" are the chants in Baghdad, Basra and Nasiriyah. The killing of Soleimani and the Iranian retaliation are both violations of Iraqi sovereignty, and they show once again how weak, and perhaps even how treacherous, the Iraqi regime is. The danger of a new war threatens to distract attention away from the protest movement and it has enabled several militias, for example in Nasiriyah, to attack demonstrators. But I think the protesters’ resolve and powers of resistance are stronger.

What can the protests in Iraq achieve?

Antoon: No one expected the protests to grow to such a scale and last for more than three months. What little credibility Iraq’s political class might have enjoyed in the first place has now been completely eradicated: 600 demonstrators were killed, tens of thousands injured or crippled for life. The regime and the militias have deployed all the tricks in the book to crush the protests, without success.

The Iraqi parliament has called on American forces to leave the country. Is this because they fear their nation could become the arena for an Iranian-American confrontation, or is this move an expression of an older anger at the Americans?

Antoon: The parliament is not a legitimate or credible representation of the Iraqi people. The demonstrators have called for a new electoral law and a new constitution, because they have lost faith in all these corrupt individuals who display greater loyalty to foreign forces and their coterie than to their own country. We need to remember this when appraising parliament’s decision. Most Iraqis are tired of seeing their nation and their daily lives as a battlefield for regional and global conflicts. Because the militias sponsored by Iran attempted to crush the protests with such shameless brutality, the anger at Iranian influence may well be bigger, but many Iraqis, including demonstrators, are saying: we remember all too well who opened the doors to the Iranians in 2003 and who brought sectarianism into politics…

Just how resilient is the Iraqi regime, do you think?

Antoon: I don’t believe it is resilient. It is brutal. But the young people will continue to protest, they have no other option. The chasm doesn’t just exist between the generations, but also between the political class living in luxury in the Green Zone in Baghdad and the many men and women taking part in the protests who frequently come from poor areas. The good thing about the developments of the past two or three years is that most demonstrations have avoided using sectarian slogans. A new sense of what it means to be an Iraqi has emerged, one that isn’t characterised by affiliation to a particular confession or group. That’s really important. The political parties’ sectarian discourse is obsolete. They no longer have any way of scaring the people. That’s why they’re using bullets. They don’t have anything else left.

In "Iran. Die Freiheit ist weiblich", journalist Golineh Atai describes the dogged resistance of courageous Iranian women against the Islamic Republic and the mullahs who have ... END_OF_DOCUMENT_TOKEN_TO_BE_REPLACED

One year ago the Taliban returned to power, seizing Kabul; the U.S. and its allies made a panicked exit from the country. Of all the books written on the subject, four stand out ... END_OF_DOCUMENT_TOKEN_TO_BE_REPLACED

Unflattering terms were used at a German Football Association human rights congress aimed at "intensifying the discussion" ahead of the World Cup. One speaker in particular made ... END_OF_DOCUMENT_TOKEN_TO_BE_REPLACED

Egyptian authorities have Mada Masr in their sights once again after critical reporting. But the editor of the country's last independent news source is adamant they will continue ... END_OF_DOCUMENT_TOKEN_TO_BE_REPLACED

Like Christianity, Europe's history is one of migration. Both have strong roots in the Orient and in cultures thousands of years old. Cultural historian Bernhard Braun invites us ... END_OF_DOCUMENT_TOKEN_TO_BE_REPLACED
Author:
Lena Bopp
Date:
Mail:
Send via mail

END_OF_DOCUMENT_TOKEN_TO_BE_REPLACED
Social media
and networks
Subscribe to our
newsletter