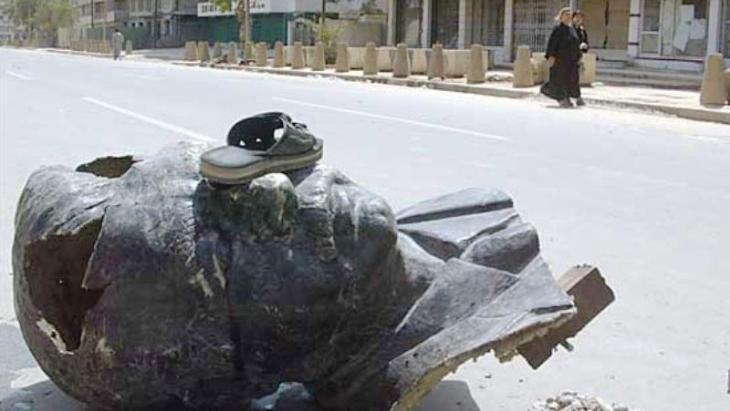 According to Ghassan Al-Attiyah, Iraq's political elite failed to develop an interdenominational understanding of the state after the end of the Baath dictatorship. Mulham Al-Malaika spoke to the renowned Iraqi political scientist about the country's future and the fight against IS

The so-called "Islamic State" (IS) has captured large swathes of Iraq with the open support or toleration of large parts of the Sunni population. How could this happen?

Ghassan Al-Attiyah: A total of six divisions of the Iraqi army quickly collapsed when IS took Mossul. IS jihadists boasted of having captured Iraq's second-largest city simply by beeping their car horns, which would be tantamount to a total mockery of the Iraqi army. After all, the Americans invested more than US$25 billion in building up this army.

The dramatic disintegration of this army, which had been provided with modern equipment by the US, is clear evidence of the fact that the construction of the new Iraqi armed forces was a complete failure. It was a lack of professional structures, the incompetence of the military elite, corruption and above all widespread nepotism based on religious denominations that led to this disastrous development.

But why didn't the inhabitants of the Sunni provinces defend themselves adequately against the IS invasion?

Al-Attiyah: A high Pentagon official provided the answer to that question when he blamed the policies of former Prime Minister Nouri Al-Maliki for the Sunnis' attitude. Al-Maliki systematically discriminated against the Sunni population and didn't involve them sufficiently in the political process. For most Sunnis, this led them to the false assumption that "the enemy of my enemy is my friend", and that had the fatal effect of driving them into the arms of IS jihadists.

But can the denominational split alone explain the present rift in Iraqi society?

Al-Attiyah: The causes certainly go deeper: the US occupation after the fall of Saddam Hussein is undoubtedly the root of all the present evil. The Americans effectively demolished the Iraqi state and couldn't build up a new one that guarantees all citizens equal rights, regardless of their religion and ethnic origin.

The system set up after 2003 by the US administrator Paul Bremer saw the Iraqi population solely through a denominational lens: people either belonged to the Shia or Sunni religious communities or ethnic groups like the Kurds.

Ultimately, this triggered a severe identity crisis among normal Iraqis. That in turn led the Sunnis in particular to think that they had to decide between a Sunni and an Arab identity. As a reaction to the Shia dominance, many Sunnis obviously decided to be Sunnis first and foremost.

That was a disastrous mistake, however, because their Arab identity would have united them with the Shia and, on this basis, would have allowed them to develop a common Iraqi national identity. What happened was that the Kurds were the only group to profit from the fall of the former regime, as their identity has always been based solely on their Kurdish identity. 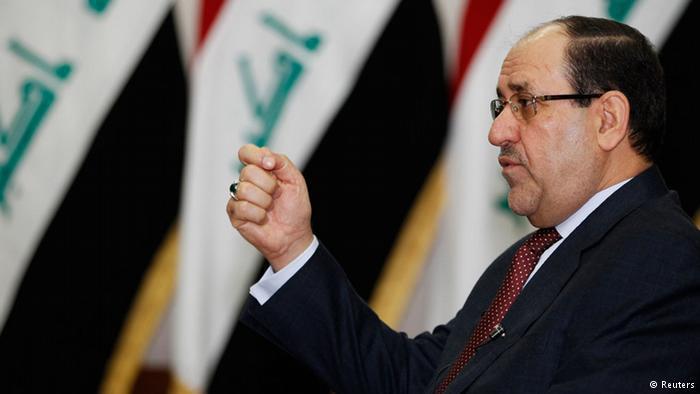 Many observers agree that the former Iraqi prime minister Nouri al-Maliki (pictured here) was essentially to blame for the fact that Iraq's Sunnis allowed IS to gain strength. Says Ghassan Al-Attiyah: "Al-Maliki systematically discriminated against the Sunni population and didn't involve them sufficiently in the political process. For most Sunnis, this led them to the false assumption that 'the enemy of my enemy is my friend', and that had the fatal effect of driving them into the arms of IS jihadists"

But the Sunnis boycotted the political process in the post-Saddam state from the very beginning. They could have been much more active in rebuilding the new Iraq, couldn't they?

Al-Attiyah: After the overthrow of Saddam Hussein, all the parties that had fought against the Baath dictatorship returned to Iraq. The Kurdish parties organised themselves well in their autonomous territories, while the Shia parties received a lot of support from Tehran. It was only the Sunnis who lost their political representation through the blanket ban on the Baath party. The leading Shia MP Amir al-Kanani made no bones of the fact that the de-Baathification process robbed the Sunnis of their right to political participation in forming the government.

The Kurds are now on the front line in the fight against IS and have won a strong position in Iraq. Does that make them the actual winners or beneficiaries of the Sunni–Shia conflict?

Al-Attiyah: In the current chaos in Iraq, the Kurds have relied mainly on their ethnic identity. This means that the Sunnis are the greatest losers in the war against IS. But that's not the end of the matter, in my opinion. I think that all Iraqis ought to be considered losers in this situation; that's the bitter consequence of these conflicts. Of course, the Kurds know they're in the most promising position in Iraq at the moment, so they are thinking only about the answer to one question, namely whether it might be possible to obtain independence from the rest of Iraq? I think, however, that it would be more auspicious for the Kurds to work towards genuine national reconciliation – independent of their political status.

How do you envisage Iraq's future? What has to change for the nation to survive this difficult period?

Al-Attiyah: Iraq is plainly a nation torn apart in every area of life. After the end of Saddam Hussein's reign of terror, the country's political elite failed to develop a new national, interdenominational understanding of the state. What we need for national reconciliation, therefore, is an alliance of moderate forces from all political and religious camps. We have to overcome the culture of hate and work together to pick up on the long tradition of tolerance and peaceful co-existence in our country.

Ghassan Al-Attiyah is head of the Iraq Foundation for Development and Democracy in London.

Drought and upstream water diversions have seen the Zayandeh Rood, "fertile river" in Persian, run dry since 2000, with only rare exceptions. The famed river bridges of the ... END_OF_DOCUMENT_TOKEN_TO_BE_REPLACED

Since the government cut subsidies for food, prices in Iran have skyrocketed. Protests that broke out in Khuzestan province are now spreading across the Islamic Republic. By ... END_OF_DOCUMENT_TOKEN_TO_BE_REPLACED

Very different Western reactions to the suffering in Ukraine and the Arab world show that there is a profound rift among cultures. Essay by Michael Young END_OF_DOCUMENT_TOKEN_TO_BE_REPLACED

United Arab Emirates strongman Sheikh Mohammed bin Zayed al-Nahyan, who was formally elected president on 14 May, has led a realignment of the Middle East, creating a new anti- ... END_OF_DOCUMENT_TOKEN_TO_BE_REPLACED

More than 800 Iranian filmmakers have signed a declaration against sexual harassment, coercion and violence in their industry. The public's response to their willingness to name ... END_OF_DOCUMENT_TOKEN_TO_BE_REPLACED
Author:
Mulham Al-Malaika
Date:
Mail:
Send via mail

END_OF_DOCUMENT_TOKEN_TO_BE_REPLACED
Social media
and networks
Subscribe to our
newsletter