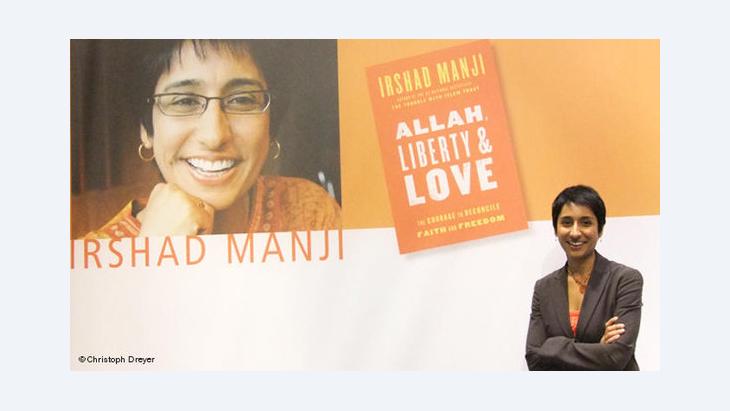 The liberal feminist Muslim and bestselling author Irshad Manji calls for a reconciliation between faith and freedom. Christoph Dreyer spoke with her about civil courage, the dangers of moderation and her new book Allah, Liberty and Love

How would you describe your role? Do you see yourself as a critic of Islam or rather as an Islamic reformer?

Irshad Manji: If I criticize anything, it is the behaviour and not the ideals for which Islam stands. The behaviour of Muslims does not do justice to the generous, compassionate and benevolent spirit of the Koran. My message is that Allah and love are indeed compatible and that we as Muslims must express this in our actions. It is up to us to prove that we are capable of allowing spiritual diversity within our ranks.

In your new book, you write that moderate Muslims are part of the problem and not the solution. Why is this?

Manji: Because as Martin Luther King made clear during the US civil rights movement of the 1960s, moderation in times of moral crises can only consolidate the status quo. Ultimately, moderation simply does not question the existing imbalance of power. 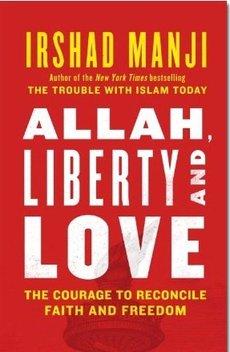 "Allah, Liberty and Love: The courage to reconcile faith and freedom", Irshad Manji's second book, was recently published in English

​​King said to moderate Christians: you call yourselves moderate, but are so timid when it comes to opening your mouths against racial segregation taking place in the name of your and my God. The word "moderate" should not be taken as an excuse for saying nothing. In the same spirit, I say to my fellow Muslims: when you claim "Islam is peace, simply believe us," then your moderation is useless.

You openly acknowledge your homosexuality, champion interreligious marriages and criticize Muslims for problems such as their attitude towards Jews. These positions clearly affront many people. Could all this provocation be counterproductive?

Manji: Almighty God has created us all with unique qualities. By expressing this creativity, we pay respect to the creative power of God. If that is being provocative, then I am provocative! Yet I truly believe that there is something deeply religious in this. By encouraging young people to accept themselves with all their individual traits, we intensify our relationship with our Creator.

Nonetheless, these positions have earned you a fair degree of hate and many threats – even death threats. Could this have a deterrent effect on some people, who would otherwise share your ideas?

Manji: The young Muslims whom I have met around the globe are not telling me that it is fear of violence that is keeping them silent. Rather they fear the social exclusion, scorn and mockery that they would face if they posed uncomfortable but necessary questions. Nothing is more painful than being rejected by your own people. This is why I show how one develops what Robert F. Kennedy termed civil courage – the willingness to say the truth to those powerful in one's own group for the sake of a higher good.

You have been compared to Ayan Hirsi Ali, among others. What do you think of her ideas?

Manji: I told her straight out that I think she is mistaken. I consider it wrong to say that violence is intrinsic to Islam and that Muslims are incapable of reform. 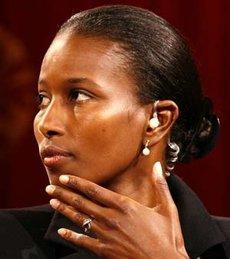 Although the two women are often compared with each other, Irshad Manji strongly disagrees with some of Ayan Hirsi Ali's viewpoints and has told her so without reserve

​​She has turned her back on Islam, while I, for better or worse, cling to my faith. I believe in my fellow Muslims and know we are capable of being better than our mullahs and imams – and even the media – think we can be. I don't see that Ayan believes in this capacity.

One of the ideas that you promote is a general spirit of "ijtihad," in other words making decisions in questions of Islamic faith in a way that breaks more with tradition than is currently the case. Isn't this risky? After all, if you open "ijtihad" to all and not just for traditional authorities, aren't you doing the same thing as the fundamentalists? Then anyone can come along and claim that Islam demands this or that.

Manji: Of course fundamentalists can twist anything to suit their beliefs. But regardless of whether we open the gate to "ijtihad" or not, they are going to do so all the same because they are arrogant enough to believe that they alone possess the holy truth. Why shouldn't we provide a new generation of Muslims with the necessary tools to pose the relevant questions to the fundamentalists. Then they can say, "We aren't afraid of you! You can't force your interpretation on us."

You are quite radical in your questioning of traditional tenets of faith. Would you go so far as to say that on certain issues one should simply break with the Koran?

Manji: I don't see the necessity of breaking with the Koran. The ingenious thing about the Koran is that it contains mechanisms to remind us to question our human interpretations. In Surah 3, Verse 7 it is written that some verses of this text – the Koran – are clear and indisputable, whereas others are ambiguous. Only those with a lack of faith in their heart will emphasize the ambiguous verses above all in order to dictate the right interpretations themselves.

Furthermore, it states that only God, the Lord, knows the complete and final meaning of all the verses. The message, therefore, is to be humble! Don't intimidate others and force them to accept your viewpoints. I believe that this is the right recipe for a pluralism that allows us to practice a diverse and peaceful faith.

The Canadian journalist Irshad Manji was born in Uganda in 1968 to Indian and Egyptian parents. She achieved international recognition in 2004 with her book The Trouble with Islam Today, in which she argues for a pluralistic, progressive Islam. Her new book, Allah, Liberty and Love was published in 2011.

Home
Print
Newsletter
More on this topic
Interview with Irshad Manji: No Compulsion in IslamBook Review: The Trouble with ''The Trouble with Islam''Qantara dossier: Feminist Approaches to IslamDossier: Feminism in Islam
Related Topics
Feminism in Islam, Gender, Islam and the West, Koran | Quran, Muslim women, Muslims in the West, Reform Islam, Sharia, Women in the Islamic world
All Topics

Reading Hassan Blasim's God 99 is an immersive experience of grief and exaltation, anger and disgust, writes Marcia Lynx Qualey. We join the Iraqi narrator as he sits around in ... END_OF_DOCUMENT_TOKEN_TO_BE_REPLACED

Turkey's parliamentary and presidential elections are scheduled for June 2023. But they are already casting a shadow. While the opposition is calling for early elections, ... END_OF_DOCUMENT_TOKEN_TO_BE_REPLACED

Recep Tayyip Erdogan, disappointed by the European Union’s reluctance to integrate Turkey into its ranks, has re-directed his country’s diplomacy toward the Maghreb and Africa to ... END_OF_DOCUMENT_TOKEN_TO_BE_REPLACED

A law is currently being debated in Morocco that would legalise the cultivation and export of medicinal cannabis. For many small farmers, this would bring considerable advantages ... END_OF_DOCUMENT_TOKEN_TO_BE_REPLACED

Philosopher Juergen Habermas was due to be awarded a major Arab prize in Abu Dhabi, but has turned it down following criticism. This decision torpedoes Arab efforts at a ... END_OF_DOCUMENT_TOKEN_TO_BE_REPLACED
Author:
Christoph Dreyer
Date:
Mail:
Send via mail

END_OF_DOCUMENT_TOKEN_TO_BE_REPLACED
Social media
and networks
Subscribe to our
newsletter