No Compulsion in Islam

Muslim feminist Irshad Manji is the author of "The Trouble with Islam: A Muslim's Call for Reforms in Her Faith". Her controversial book has been published in 30 countries and banned in many others. Qurratulain Zaman talked to her 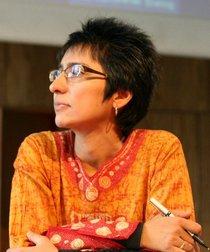 Irshad Manji: ''Within a particular generation of Muslims, I'm utterly not acceptable. I wear that as a badge of honor"

​​Could you describe the difference between a Muslim woman living in a Western country to that living in an Islamic country?

Irshad Manji: I think about it every single day! And you know why? Because every single day, before I even get out of bed, I thank Allah for the gift of winding up in a relatively free part of the world. I am a refugee to Canada. When my family immigrated to Canada, we were given rights that we did not fight for, did not shed blood for, we didn't even argue for! We were given these freedoms as a gift.

And my question has been to fellow Muslims – especially those living in the West – what in god's name are you doing with this gift? Why don't we see that we have the responsibility – not just the right – to exercise our voice in ways that helps other people also to find their voice.

My mother – who is a traditional South Asian mother – calls me up every day and laments that she lives every single day dreading that I might be harmed for my liberal views. And I assuage her fears by reminding her that I cannot turn my back on the freedoms that we have got in this part of the world. You can imagine your life with or without me, I tell her, but we cannot imagine our lives without the freedoms that we have in this part of the world.

Do you give credit to the society you live in for these freedoms you enjoy as a Muslim woman?

​​Manji: Definitely. In my book, "The Trouble with Islam", in the very first few pages I talk about an incident I had at home when my father was very violent. Not because of Islam, by the way; he was a nominal Muslim. It was the culture in which he was brought up which legitimized being violent on a woman. He was chasing me through the house with a knife. I ran out of the bed room window, and raced up to the top of the roof, and sat there for the entire night.

It wasn't that I was scared, but I had a bit of a revelation – not in a religious sense, though. I sat on the roof all night, quiet and still. I looked around the neighbourhood and marvelled at how lucky I am. Lucky because I live in what can be called an open society, a society that is under constant renovation. I realized that as an individual, I have a choice. A choice that I will not remain stuck in a mindless cycle of violence that my mother has been stuck in.

How does it make you feel that you're not acceptable within a certain section of the Muslim community?

Manji: I have to say that within a particular generation of Muslims, I'm utterly not acceptable. I have to admit I wear that as a badge of honour. I find that younger Muslims, who are looking for ways to express themselves freely, who show that it is possible to dissent with dogma and live, quietly provide me with a sense of courage. A courage that if they can do it, then so can I. It is your god-given right to think for yourself.

What is the role of a Muslim woman in the 21st century?

Manji: Women in the world of Islam have the least to lose and most to gain from change. It is Muslim women who bear the brunt of second class citizenship. The status quo does not bestow dignity, not just upon us, but also upon the children who we bring to this world. Let us not delude us into believing that we are fighting for ourselves. It is not about us anymore. It is about our kids as well.

Could you elaborate on the link between poverty and emancipation of Muslim women?

Manji: We need to fight poverty as a precondition to opening up the minds of Muslims. And people are so busy fighting for mere survival, we cannot expect them to be engaging in wonderful Islamic traditions such as "Ijtihad" (interpretation).

So the idea of microcredit, which began in South East Asia in the real way, has not solved, by any stretch of the imagination, Asia's poverty problems. But, as I understand, it has become a successful enough approach that now even in a developed country like the USA, Grameen (from Bangladesh) is starting its Grameen America Bank. America, a first world country, has poverty problems that it does not know how to tackle. But Grameen from Bangladesh, an impoverished country is able to address them. 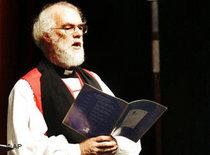 The Archbishop of Canterbury, Rowan Williams, caused a scandal in Britain with his suggestion of integrating aspects of Islamic law into the British legal system

​​Do you support Sharia's introduction in the West? There was a huge debate on this in the UK recently.

Manji: Considering the way Sharia has been historically promulgated in different Islamic societies, I am absolutely against it. But I am absolutely for Muslims who live up to the true spirit of Islam – which doesn't necessarily mean Sharia, but instead, turning to the secular constitutions in their own countries, because those constitutions protect everybody's rights to both, worship, and to interpret religion in a way makes sense to their lives.

Dossier:
Feminist Approaches to Islam
Muslim women struggling for emancipation often turn to tradition for inspiration. They analyse the Koran and the history of Islam and challenge interpretations which have been accepted for centuries. Read this and more in our dossier

END_OF_DOCUMENT_TOKEN_TO_BE_REPLACED
Social media
and networks
Subscribe to our
newsletter