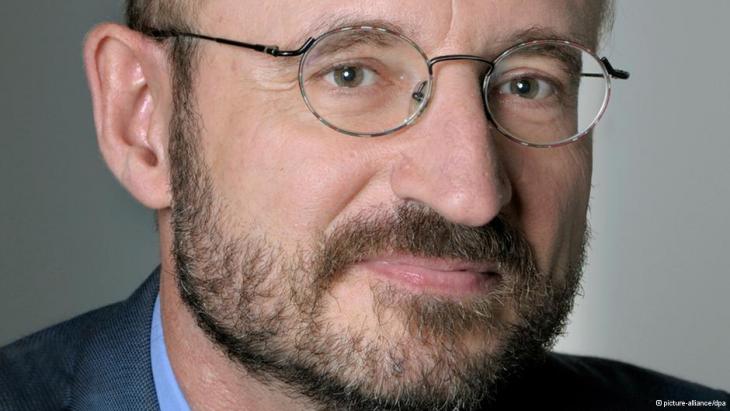 On 24 March 2014, a court in Wiesbaden sentenced a 23-year-old German of Afghan origin to life in prison for the murder of his pregnant ex-girlfriend. In their ruling, the judges made reference to the cultural background of the accused. Eren Güvercin spoke to legal scholar and expert on Islamic law Prof Mathias Rohe about this controversial case

Claims by the "Bild" newspaper that German courts regularly grant an "Islam rebate" have triggered an indignant public debate in recent days. Critics say a German-Afghan who stabbed his pregnant ex-girlfriend received a kind of cultural rebate in the sentencing process. What is your view of the court's decision?

Prof Mathias Rohe: The media account of the court's ruling is very sparse, which makes it impossible to make any kind of clear appraisal. The following is relevant to the German legal position: in 2004, the Federal Court of Justice [Germany's supreme court – ed.] took the welcome step of making it unequivocally clear that in the evaluation of a criminal act, only the standards of German rule of law apply.

This is necessary, because criminal law ensures an indispensable minimum in common behavioural standards to preserve law and order. On the other hand, it is a central principle of constitutional and penal law that the perpetrator should be punished in accordance with the extent of his guilt.

Nevertheless, the perpetrator is not allowed to shut himself or herself off from the standards of the environment in which he or she lives. This is why there is also no "rebate" for those driven by political convictions – such as the RAF terrorists – and certainly no "rebate" for cultural or religious motives that infringe these standards. So-called "honour killings" are therefore morally on the lowest rung and are not punished as "only" manslaughter, but as murder. This is what was meant by the afore-mentioned decision of 2004.

What does this mean for the Wiesbaden case?

Rohe: In this context, the question was whether the deed, which had already been qualified as murder, carried a particularly severe degree of guilt, i.e. more than in a "normal case". As the facts of the case were outlined, this was not an instance of a so-called "honour killing", in which a female member of the family is killed because of decisions that displease the family. 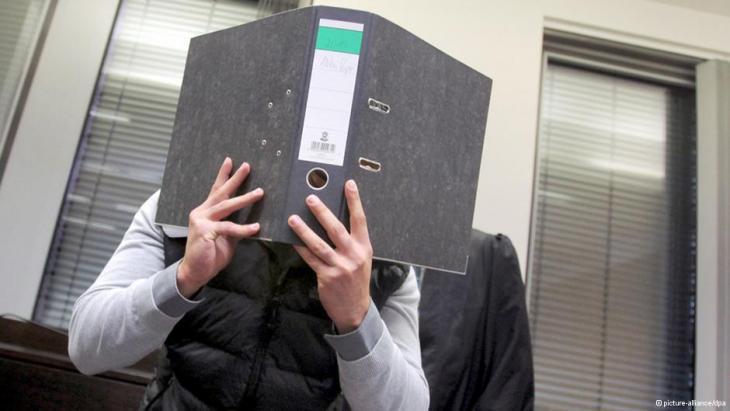 Isa S., a German of Afghan origin, was recently found guilty of killing his pregnant ex-girlfriend. The judge in the case rejected the public prosecutor's application to establish a severe degree of guilt in the case of the accused. Had such a severity of guilt been established, Isa S. could not have been considered for parole after 15 years

In this instance, it was more a case of the perpetrator apparently killing his girlfriend out of fear that his family would find out about the relationship and, as a result, put him under pressure or reject him. This is possibly the fear of the loss of elementary social cohesion, which is often the case with Afghan people.

I recall the case of a young Afghan woman from Hamburg who repeatedly returned to her family despite severe abuse and who was murdered by her brother, himself a convicted criminal, during one such a "reconciliation attempt". Such aspects can have a bearing on the severity of guilt, which is what the presiding judge at the Federal Court of Justice, Dr Fischer, made reference to recently. Individual aspects that result from cultural conditioning can be taken into account, not however culture or religion in general.

It is not clear from the media reports which of the two paths the court chose. Incidentally, talk of a "rebate" is out of place here because this was not about the handing down of a milder sentence, but an assessment of whether a particularly severe degree of guilt could be established, which would then rule out a release after 15 years. Moreover, affiliation to Islam could, in my view, play absolutely no part at all, because no interpretation of Islam that I'm familiar with would sanction such a deed.

Again and again in the context of Islam and in the case of sentences that at first glance appear irregular, we hear people say that the German legal system is being undermined by Sharia or that Muslim criminals are being treated more leniently. For example, CDU home affairs expert Wolfgang Bosbach told the "Bild" newspaper that "the benchmark in Germany can only be the German system of laws and values, not that of Sharia." What's your assessment of this, as a lawyer and an expert in Islamic law?

Rohe: These are political statements that are intended to stem widespread fears, but which in fact indirectly stoke them. They also present a simplified view of the case. It is correct to say that German law alone applies in Germany. However, German law itself affords extensive religious freedom, which of course also applies to the religious norms of Sharia (prayer, fasting etc.). 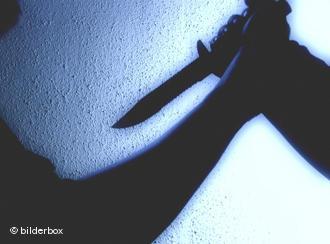 According to Prof Mathias Rohe, although individual aspects resulting from a person's cultural conditioning can be taken into account in sentencing, culture or religion per se cannot

Furthermore, in international cases, in matters of family law or contract law, German law allows for the application of foreign legal regulations, in other words laws based on the provisions of the Sharia code. There are, of course, limits to this, for example when the outcome of the application of such regulations is not compatible with our fundamental perception of the law.

In addition, Muslims in Germany are able to implement their ideas on the basis of German law in areas where there is some flexibility in the drawing up of rules and regulations, for example in contract law and parts of the marriage law. The Federal Court of Justice has, for example, endorsed the awarding of a dowry to the future wife in the prenuptial agreement in accordance with German law. Islamic investment funds or similar are also permitted. In 2005, the state of Saxony issued an Islamic bond via a Dutch holding company as a means of capital procurement. So it is important to examine each case closely and to differentiate, instead of using slogans that generalise and that contain incorrect information, because these do more harm than good.

In the days following the Wiesbaden ruling, "Bild" claimed that this alleged "Islam rebate" is not an isolated case, but that Muslims have received more lenient sentences in other similar cases. However, a study by the Max Planck Institute for Foreign and International Criminal Law in Freiburg comes to a completely different conclusion. What is your view?

Rohe: Reports like this are based on rumours that cannot be verified with facts, at least not since the 2004 Federal Court of Justice ruling. Previously, lower courts had indeed afforded "cultural rebates" in isolated instances, for example to Italians or Poles because they are supposedly "a little more trigger-happy". This shows the absurdity of such considerations.

In contrast to some (not all) representatives of the media or politicians, the courts are accustomed to interpreting the law in a rational manner and judging each case on its individual aspects. That's why I'm very happy that the decisions lie with the latter, and not with the former.

Prof Dr. Mathias Rohe is a legal expert and scholar of Islam. He is resident professor of civil law, international private law and comparative law at the University of Erlangen-Nuremberg's Faculty of Law. His most recent publication is: "Das islamische Recht. Geschichte und Gegenwart" (Islamic Law. Past and Present) published by C.H.Beck-Verlag

Home
Print
Newsletter
More on this topic
Debate about Sharia and Democracy: A Western MisconceptionMathias Rohe on Islamic Theology in Germany: Triggering Global DebatesSharia Law in Europe: "The Idea of Plural Jurisdiction Is Highly Problematic"The Archbishop's Sharia: Faith Market before the Courts
Related Topics
Islam in Germany, Muslims in the West, Rule of law, Sharia
All Topics

Award-winning poet Dincer Gucyeter’s debut novel is a tour de force through the German reality he experienced as an artist and son of Turkish immigrants, written with an unsparing ... END_OF_DOCUMENT_TOKEN_TO_BE_REPLACED

Sudanese protesters have been calling for the removal of German diplomat Volker Perthes from the UN mission to the country. Despite the fractious nature of post-dictatorship ... END_OF_DOCUMENT_TOKEN_TO_BE_REPLACED

We are in favour of human rights. But One Love armbands are self-righteous and ignore some fundamental issues. Stefan Buchen examines the debate surrounding the World Cup in Qatar END_OF_DOCUMENT_TOKEN_TO_BE_REPLACED

Education for girls and women is still possible in Afghanistan, says Reinhard Eroes of the Kinderhilfe Afghanistan initiative. In interview with Elisa Rheinheimer, he talks about ... END_OF_DOCUMENT_TOKEN_TO_BE_REPLACED

In Doha, Arabs from Morocco, Tunisia, Egypt and Algeria are gathering to celebrate the first ever FIFA World Cup to be held on Arab soil. The criticism from Europe? Over the top, ... END_OF_DOCUMENT_TOKEN_TO_BE_REPLACED

Canan Topcu came from Turkey to Germany as a child. In her essay, she describes how bothered she was by the racism she encountered in her country of origin when she travelled ... END_OF_DOCUMENT_TOKEN_TO_BE_REPLACED
Author:
Eren Güvercin
Date:
Mail:
Send via mail

END_OF_DOCUMENT_TOKEN_TO_BE_REPLACED
Social media
and networks
Subscribe to our
newsletter