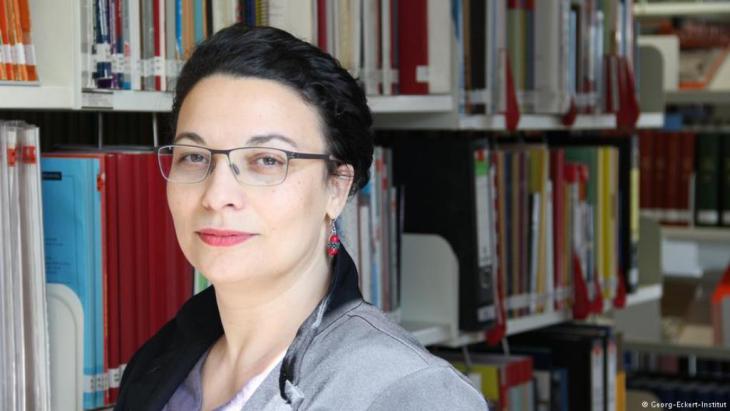 Mesut Ozil's withdrawal from the German national football team sparked a wide-ranging debate on racism. In an interview with Yalda Zarbakhch, Islam scholar Riem Spielhaus explains where discrimination comes from and how to combat it

Riem Spielhaus is professor of Islamic Studies at the University of Gottingen and head of the Department of Textbooks and Society at the Georg Eckert Institute for International Textbook Research in Braunschweig, Member of the Leibniz Association.

Her doctorate, "Who Is Muslim Here?", in which she dealt with debates on Islam and how Muslims position themselves in Germany, was awarded the Augsburg Prize for Scholarship in Intercultural Studies.

Spielhaus is a member of the board of the German Council for Migration, an association of around 160 scholars who deal with migration and integration issues.

Professor Spielhaus, what do you think of the current #MeTwo debate?

Riem Spielhaus: Structural racism and discrimination in Germany have long been evident to anyone engaged in the academic study of this field.

What's new about the #MeTwo debate is that people are talking openly about it. They feel obliged –and are now able – to speak out. And above all, that others will hear them. This was previously not the case. It certainly has something to do with the fact that the Ozil debate centres on a star who once received the Bambi prize for integration. The issue has thus attracted a new kind of attention to the fates of other individuals.

One catchword in the debate is "migrantisation". Cabaret artist Idil Baydar, for example, says she feels "migrantised". You are the one who coined the term. What does it imply?

Spielhaus: I like to use terms that show that the property in question is not something one inherently has. No one is born a migrant. Being a migrant is not a personal trait, but rather a societal construct. This is also something being discussed in the #MeTwo debate: the fact that you might feel or have once felt German, but constantly get the feedback that it's not true, because people keep asking you where you came from. And so you keep getting pushed to the outside. And the normality, the self-evident fact of your belonging is called into question.

Equally many people report that their being German is constantly challenged: "but where are you really from? You surely have roots somewhere else." Again and again reference is made to people's appearance or place of origin.

About 15 percent of German society has a migration background, having either come to Germany themselves, or ended up here through their parents, grandparents or great-grandparents. They all have to justify being here, whether thatʹs occasionally, every day, or even on an hourly basis – and that's annoying, as you can well imagine.

Does this mean that people with a bi-national background who were born in Germany may come to no longer define themselves as "German" as they grow up?

Spielhaus: Absolutely. The Berlin social scientist Naika Foroutan quotes her children and their classmates, who now talk about being foreigners even though they have a German passport – and belong to the second or third generation.

But the terminology that has now entered everyday parlance says that they are still foreigners and that it is quite clear who belongs where.

Do you think Germany has an integration problem?

Why do some find it so difficult to acknowledge that people can have more than one identity or homeland?

Spielhaus: People are vulnerable on this point. This has historical reasons. In Germany there was a time when people accused of false loyalty were purged. Furthermore, this society has witnessed people of different origin being eradicated. Itʹs something everyone here is aware of.

But at the moment we are also seeing another reason why the discussion is so heated and why the #MeTwo Twitter campaign is attracting so much more attention than others that have gone before: people feel that there are now members of the Bundestag who are harking back to that prior era, drawing on Nazi ideology to define what is German and using this as a basis to deny others their affiliation with this country – and thus also the right to live in Germany. 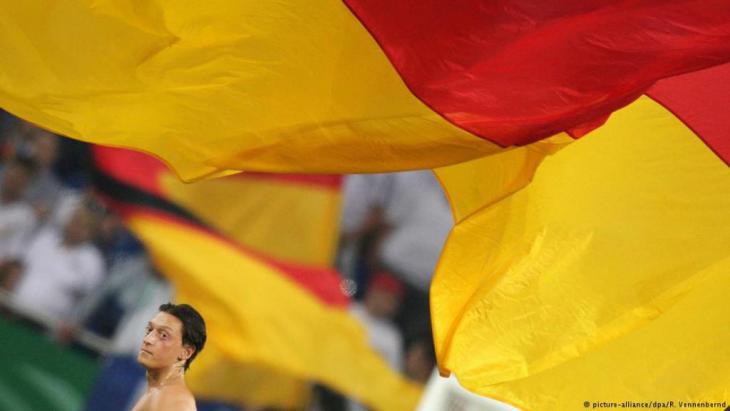 Live and let live: "What might textbooks look like in which racism has no place, in which racism is even discussed and reflected on – including everyday racism and discrimination – so that people everywhere start to think about what it means to live together in a culture of mutual respect," asks Riem Spielhaus

How do other countries handle this problem? What about integration debates and everyday racism in neighbouring European countries?

Spielhaus: These issues of belonging are actually being discussed throughout Europe, particularly in the countries of Western Europe, Northern Europe and parts of Southern Europe, where there has been a great deal of immigration in the decades since the Second World War. Entrenched discussions are not uncommon in other European countries either.

For years, the British thought that they had solved the problem quite well, but even there, aggression and social exclusion are still rampant.

In France, people tend to strongly correlate social status with ethnic origin. There were high numbers of immigrants from the former French colonies, who were assigned a certain role in French society and were clearly classified in social terms – namely to the lower levels of society. And social mobility is then quite difficult. By comparison, Germany is still in a better position.

Could the #MeTwo debate and the attendant backlash lead to even more division in German society?

Spielhaus: To be honest, I am grateful for the movement and find it very constructive that the issue is now on the agenda, even if it may prove divisive at first. This is a positive first step.

But I think that, as a next step, we should ask ourselves: what might inclusion really look like? What might education look like that does not exclude people, not marginalise them, not demarcate them or discriminate against them? What might textbooks look like in which racism has no place, in which racism is even discussed and reflected on – including everyday racism and discrimination – so that people everywhere start to think about what it means to live together in a culture of mutual respect.

Home
Print
Newsletter
More on this topic
Mesut Ozil and #MeTwo: When are you German enough?Islamophobia in Germany: "We need a new debate about racism"The association "Deutsch Plus": Working for diversity in Germany
Related Topics
AfD | Alternative for Germany, Football and integration, Migration, Migration in Germany, Multiculturalism, Racism | discrimination, Right-wing populism, Rule of law
All Topics

Algeria‘s regime is again cracking down on anti-fracking activists and the unemployed in the country‘s south. Yet EU countries remain keen to scale up their energy cooperation ... END_OF_DOCUMENT_TOKEN_TO_BE_REPLACED

Bachtyar Ali sends the hero of his latest novel – "Mein Onkel den der Wind mitnahm" – literally flying. Jamshid is so thin after his years as a political prisoner that a gust of ... END_OF_DOCUMENT_TOKEN_TO_BE_REPLACED

For a century, the Kurds and other minorities in Turkey have been subject to state repression. With his dissertation "The Kurdish Question in Turkey", political analyst Ismail ... END_OF_DOCUMENT_TOKEN_TO_BE_REPLACED

Anti-Semitic motifs have no place at Germany’s documenta art show or anywhere else in the world, stresses Meron Mendel, director of the Anne Frank Educational Centre in Frankfurt ... END_OF_DOCUMENT_TOKEN_TO_BE_REPLACED

A new exhibition, "Syria – Against Forgetting", at Cologne’s Rautenstrauch-Joest-Museum focuses on Syria's artistic and cultural heritage and pays tribute to the country before ... END_OF_DOCUMENT_TOKEN_TO_BE_REPLACED

Madrid's about-face on the Western Sahara conflict has enraged Algeria. Trade relations have been frozen unilaterally and a cut in gas supplies to Europe could be in the pipeline ... END_OF_DOCUMENT_TOKEN_TO_BE_REPLACED

Comments for this article: #MeTwo: "Itʹs a topic for German textbooks"

END_OF_DOCUMENT_TOKEN_TO_BE_REPLACED
Social media
and networks
Subscribe to our
newsletter