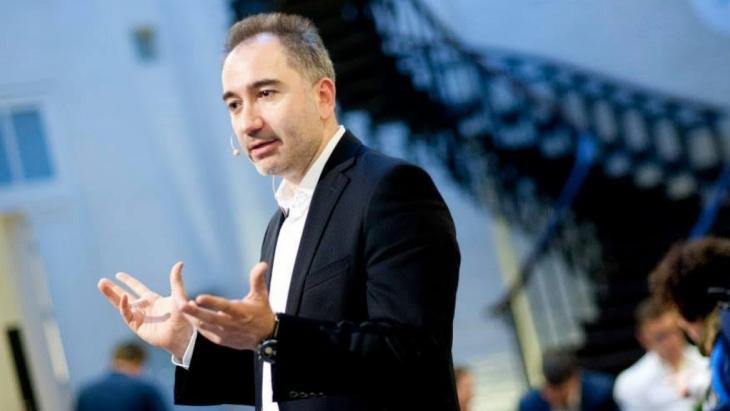 Turkish author and journalist Mustafa Akyol is one of the foremost pioneers of an Islam reconciled with modernity. Musa Bagrac spoke with Akyol for Qantara.de about his new book "Reopening Muslim Minds: A Return to Reason, Freedom, and Tolerance" and the chances for Islamic reform

Mr Akyol, one of the core themes of your book is the question of "immoral religiosity". For many Muslims, moral behaviour is possible through religiosity alone. Someone who prays regularly is therefore also morally upright. In Turkey, the Islamists have been in government for about 20 years. Yet society seems to have lost its moral compass. How can this be explained?

Mustafa Akyol: It is indeed a common view among conservative Muslims today that the liberal West may be advanced in terms of science and technology, but "we" are much more virtuous, and we should do everything to preserve our morals. And since Muslims often equate morality with religious practices and sexual puritanism, it is hardly surprising that such attitudes are widespread.

Yet if we measure morality in terms of more universal values – such as honesty, trustworthiness, fairness, impartiality, or the lack of corruption and nepotism in a political system – our confidence begins to falter.

I know this well from Turkey, where “immoral piety” has become the much-discussed character of a new ruling elite. These are Islamic conservatives, who are pious in terms of religious practices – such as wearing headscarves or abstaining from alcohol – but their rule has become synonymous with deeply unethical examples of corruption, authoritarianism, arrogance, cruelty, deceit and all kinds of ugly Machiavellianism.

I refer to this Turkish tragedy in my book in the chapter, "How We Lost Morality". Equating morality with religious do's and don'ts, without an ethical philosophy based on principles, has created this problem – and not just in Turkey, but in many other Muslim societies as well. The way forward requires reconnecting religious law (Sharia) and universally accepted ethical values. 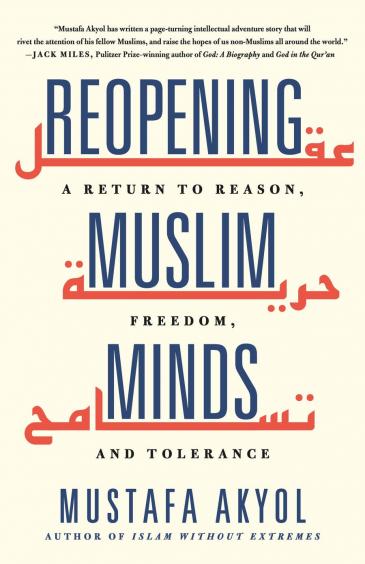 In his latest book, published in April 2021, Akyol examines the causes of the crisis of Islam in the modern world and describes possible paths to a new understanding of this religion. He shows how values usually associated with the Western Enlightenment - freedom, reason, tolerance and a quest for knowledge - are certainly present in Islam, but have all too often been forgotten in favour of a dogmatic view, often for political reasons

Is religion necessary for morality?

In the West, it can be seen that secular people have moral integrity. Doesn't this contradict the Muslim idea that religion is necessary for morality?

Akyol: The lived experience of humanity, especially today, shows there is no simple correlation between morality and religion. In other words, secular people behave ethically, too, sometimes even more so than those who claim to be religious.

Traditionalist Muslims sometimes deny this fact, but that is only because they subscribe to the "divine command theory of ethics".

According to this theological doctrine, human actions are "good" or "bad", not because of any inherent value in them that we can discern with our conscience, but only because God says so. For example, theft or murder are bad deeds, but only because God condemns them through revelation. Had God told us they were good deeds, however, then they would be good.

In my book, I argue that this theological doctrine – established by Ash'arism, the dominant theological school in Islam – is at the root of many problems in religious thinking among Muslims today. But I also show that there is alternative doctrine, which is no less Islamic: "objective ethics".

This means that theft or murder are objectively bad things, that is why God has condemned them. Even if we hadn't received divine revelation, we would still be able to understand that they are bad, however, thanks to our inherent conscience and our moral convictions.

Objective ethics imply that while religion calls us to be moral, morality is a universal human value that goes beyond any religion. Reviving this doctrine, I believe, is key to any meaningful religious reform in Islam.

The ugly realities of a pre-modern world

According to traditionalist Islamic law, it is legitimate for a female child to be married to a much older man. That is a moral perversion; how can this Gordian knot be untied?

Akyol: It is a good example. Of course, most Muslims would consider a "marriage" between a 12-year-old girl and a 60-year-old man abhorrent, but it is true that you can find some strict Islamic scholars who justify it. Why? Because in traditional Islamic law, puberty was seen as the legitimate marriageable age. My argument is that there is nothing "Islamic" about this, it was just the culture of the age – throughout the entire world. Similarly, traditional Islamic law justified slavery and concubinage, not because these were inventions of Islam, but they because were the ugly realities of a pre-modern world.

The key here is being able to sparate "the religious" from "the historical". It is also having a universal outlook, so one can realise the ethical value in the education of girls (instead of marrying them off at 12), the broader emancipation of women, or in the abolition of slavery. But this really requires re-thinking the meaning of Sharia in Islam, which is what I try to offer in my book.

In your book "Islam Without Extremes", published in 2013, you attested to Turkey's much more liberal, open and democratic path. Today, however, Turkey looks more like a 'Nightmare on Elm Street'. Is religion responsible for this?

Akyol: Turkey is a great disappointment – the biggest disappointment of my own life. Because I was among those who supported the early years of the AKP (Justice and Development Party), when Turkey accomplished some important legal reforms and also seemed destined to join the European Union. But then, once they consolidated power, I saw the same AKP take a U-turn towards corruption, authoritarianism, hate-mongering and sheer cruelty.

Home
Print
Newsletter
More on this topic
Authoritarianism and underdevelopment in the Islamic world: Islamic clerics and statesmen in an unholy allianceInterview with the Algerian scholar Said Djabelkhir: What we Muslims need is a critical appraisal of Islamic lawInterview with Abdullahi Ahmed An-Na'im: "We are in the middle of a transformative process"Interview with pioneering Islamic thinker Fehmi Jadaane: What is the essence of Islam, and does it need reforming?Qantara dossier: "Reform Islam"
Related Topics
Arab world, Authoritarianism, Colonialism, Democracy and civil society, Enlightenment, History of Islam, Islam and democracy, Islam and the West, Koran | Quran, Muslim Brotherhood, Muslims in the West, Quranic studies | Koranic research, Recep Tayyip Erdogan, Reform Islam, Rule of law, Science, Sharia, Turkey and the EU
All Topics

A bird's eye view of eight hundred years of history: Brian A. Catlos tells the story of Al-Andalus in the style of a streaming series and deconstructs the myths of the Reconquista ... END_OF_DOCUMENT_TOKEN_TO_BE_REPLACED

Known to Jews, Muslims, and Christians by three different names – Sefarad, al-Andalus, and Hispania, respectively – the Iberian Peninsula has been a centre of fertile intellectual ... END_OF_DOCUMENT_TOKEN_TO_BE_REPLACED

A heated debate is raging in the Islamic world about whether the religious and political spheres in Islam are one and the same. Before this matter can be settled, the terms " ... END_OF_DOCUMENT_TOKEN_TO_BE_REPLACED

On their fourth CD "Irade" (willpower), Masaa has left its piano sound behind, yet continues with its new guitarist to pursue a path that bridges jazz improvisation and Arabic ... END_OF_DOCUMENT_TOKEN_TO_BE_REPLACED

Muhyiddin Ibn Arabi (1165-1240) is one of the most influential Arab philosophers and mystics. James Morris, Professor of Islamic Theology at Boston College, explains why his ... END_OF_DOCUMENT_TOKEN_TO_BE_REPLACED

Internationally Bamiyan tends to be associated with the tragedy surrounding its empty Buddha niches. But in recent years the central Afghan province has also been an island of ... END_OF_DOCUMENT_TOKEN_TO_BE_REPLACED
Author:
Musa Bagrac
Date:
Mail:
Send via mail

END_OF_DOCUMENT_TOKEN_TO_BE_REPLACED
Social media
and networks
Subscribe to our
newsletter