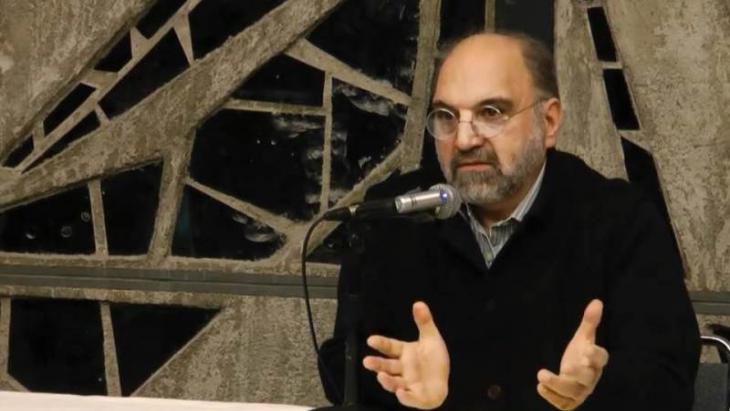 Islamic scholar and philosopher Abdolkarim Soroush explains how he draws on the work of Jalal ad-Din Muhammad Rumi for guidance in his search for a comprehensive approach to religion that doesn't rely solely on rationality and logic, but also on a sense of the other dimension. Interview by Dara Alani

The Sufi thinker Jalal ad-Din Rumi is a major source of inspiration to you. What can a thirteenth century philosopher offer us today?

Abdolkarim Soroush: My first impulse is to give you a very general answer, followed up by a succinct "just read his work; just go and read it." Because Rumi's work is like a vast ocean: in order to experience an ocean, you have to wade into the water, you have to know how to swim in the ocean. If you read Rumi you will encounter a very different world and we need different worlds, because from the moment we are born, we are born into a family, a city, a particular country, a particular culture. We need somebody to come and help us change our view on the world – and that somebody can be Rumi.

We live, everybody lives, but we need people like Rumi to give meaning to our life, to tell us what the real essence of life is. Thatʹs the first aspect. The second is this: Rumi, as I understand him, had a direct experience of God, a direct experience of divinity. A man of the prophetic tradition, ongoing from the prophets. We need such people. We need to be able to look at them and say: here is prophethood, here is divinity, here is the embodiment of the meaning of life.

Theology can be regarded as the science dealing with questions that deal with our concept of God, creation and humanity and the relations between them. Within this context, can Sufism be seen as an integral part of theology?

Soroush: Sufism or mysticism or irfan, as I like to call it, is a way of life that combines this world and the other world. Irfan actually comes from the word marifa, which means, "to know, knowledge". Yet it also has a second: arif or irfan comes from arf in Arabic. Arf means to see, to smell. So an arif is somebody who knows how God smells. He can smell the fragrance, the ether of divinity. Rumi uses a very good simile by way of explanation: 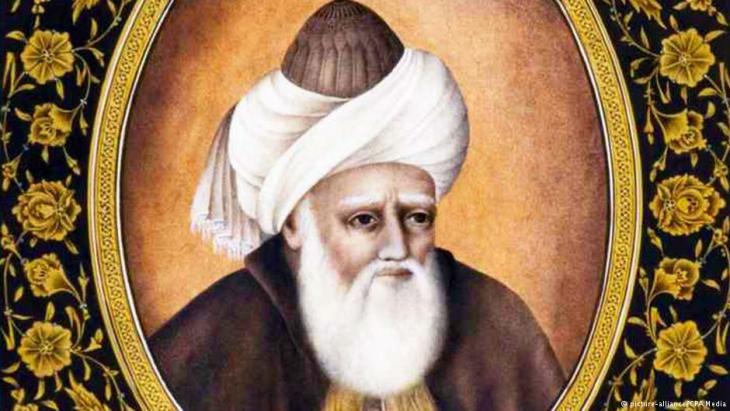 Read what he wrote: "Rumi's work is like a vast ocean: in order to experience an ocean, you have to wade into the water, you have to know how to swim in the ocean. If you read Rumi you will encounter a very different world and we need different worlds. We need somebody to come and help us change our view on the world," explains Soroush

Suppose that you are hunting a deer, a musk ghazal. First you examine the ground, you see the hoof prints of the ghazal and you follow it. Later you still cannot see the ghazal, but you can smell the musk, so you are confident that you are close to the ghazal, even if you canʹt yet see it. You continue to go forward and suddenly you see the ghazal. So here you have three things. First you have the hoof prints, these are the signs of ghazal that are read by the experts (ulama). Once you smell the fragrance, however, you become more than a scientist, because now you feel it. Only by extrapolation could you say that these are the footsteps of ghazal, therefore the ghazal should exist; but then you smell the fragrance and eventually catch sight of the ghazal. So arif is somebody who smells the fragrance first and tries to reach the object he is searching for through scent.

Is irfan part of theology? It all depends on the meaning of theology. If you translate theology into ilm al-kalam, it is not part of theology because, in that case, theology means demonstrative science – looking for the footsteps. You work with proof (burhan) and with evidence (dalil). But an arif doesn't look at dalil, he is looking for the thing itself and not the signs of it. Therefore Sufism cannot be part of ʿilm al-kalam in the traditional sense of Islamic theology. In traditional Islamic thought, theology and Sufism are two utterly different approaches.

As a strong believer in plurality, do you think it is possible to defend a position of plurality from within the religious frame? After all, every religion sees itself as the only true path to God, which doesn't leave much space for real plurality.

Soroush: That's true. Prophets are not good pluralists. Let me give you an example: imagine a marketplace, filled with different shops. Every shopkeeper advertises for his shop. That's the most natural thing in the world. I am not going to propagate your shop, you are not going to propagate mine, yet every one of us is trying to be as successful as possible by attracting as many customers as possible.

But what about the customers? They are in the market and see a number of shops looking to attract custom. They have to be pluralist. The shopkeepers are not pluralists, but the marketplace is a place of plurality. The prophet of Islam was no pluralist, the prophet of Christianity wasn't either, and the list goes on. But I as a customer can see a number of shops in front of me. So I think, okay, maybe Iʹll buy some of what I need from this shop and some from a different. Pluralism also means that you have to allow all these shops to be open and to operate. You canʹt allow just one shop to open and close all the others down. What I have just described is my kind of pluralism.

From a theological point of view, the question might take another turn. Are we all the same, equal in the eyes of God, regardless of our religion? There are so many religions in the world, there are even ideologies that donʹt even call themselves a religion. So what has God to do with them? Iʹm afraid I donʹt have the answer to this because I am not God. But I can say that as long as you seek the truth you will be saved – it doesnʹt matter whether you are a Christian or a Muslim or something else.

Of course a prophet of a religion will say come to me, don't go to the others, but I as a customer in the market place can choose to whom I should go. All that matters is that I seek the truth; that I am honest and act fairly. The purpose, the goal of all religions is just to make us honest human beings.

The Sufis were prophets of pluralism. Rumi for example has many things to say about pluralism. He says light is light, but you have different lamps. So different lamps mean different religions, but the light inside the lamp is the same, whether you get it from this particular lamp or from another. The truth is above religion and religiosity. Religions are looking for truth. And if you find truth then you have to follow it.

Days of protests across Iran followed the collapse of a high-rise building in the city of Abadan in May 2022. But why has the disaster become such a political issue? Rahman ... END_OF_DOCUMENT_TOKEN_TO_BE_REPLACED

Millions in Idlib depend on aid coming through a northern border crossing. On 10 July, the UN Security Council votes whether to keep it open. The decision may hinge not only on ... END_OF_DOCUMENT_TOKEN_TO_BE_REPLACED

Mourad al-Marouai was just nine when a landmine killed him on a beach in war-torn Yemen, a tragedy that will haunt his family forever. After a swim, the little boy "suddenly ... END_OF_DOCUMENT_TOKEN_TO_BE_REPLACED

This year’s Morgenland Festival opened with the premiere of Kinan Azmeh’s musical theatre piece, “Songs for Days to Come”, based on fifteen poems by contemporary Syrian poets. ... END_OF_DOCUMENT_TOKEN_TO_BE_REPLACED

Rumi's poems, though generally stripped of their Islamic symbolism, are hugely popular around the world. Yet Islamic mysticism is still very much at the heart of these verses. ... END_OF_DOCUMENT_TOKEN_TO_BE_REPLACED

END_OF_DOCUMENT_TOKEN_TO_BE_REPLACED
Social media
and networks
Subscribe to our
newsletter