In your new book, "Dear Zealots. Letters from a divided land", you write that the Jewish people are indeed a nation and not just a religion. How would you define a Jewish state? 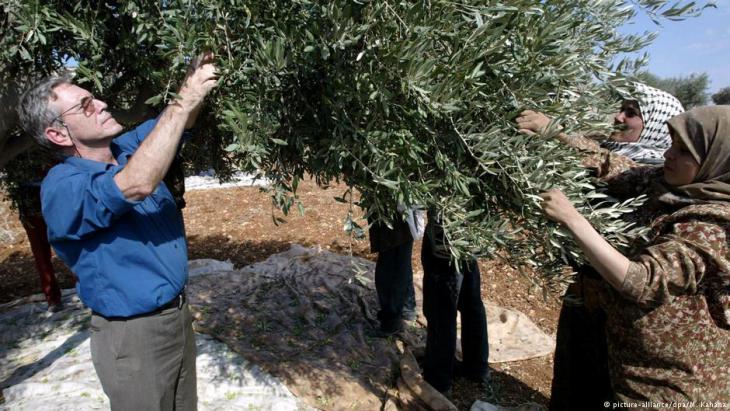 "Every country in the world should follow the example of president Trump and move the embassy in Israel to Jerusalem. But simultaneously there should be an embassy of all countries in the world in East Jerusalem as the capital of the state of Palestine. We cannot become one happy family because we are not one, we are not happy, we are not family. We are two unhappy families. We have to divide the house into two smaller next-door apartments," says Oz

As a little boy, you were yourself a militant Zionist. Why?

Oz: I thought that the cause of the Zionist Jews was 100 percent right and anyone who resented or objected or interrupted this cause was an anti-Semite, a racist, a monster. It took me some time to realise that the fulfilment of the dreams of the Jews had a cost. And to a large extent the Palestinian Arabs had to pay this cost. I didn't realise this as a child. I do realise it now.

Where do you see Israel 70 years from now? Or where would you wish it to be?

Amos Oz: This is the land of the prophets, there is too much competition in the prophecies business here. I don't dare tell you where it will be seven months from now. I tell you what I want. This will be the shortest answer in the whole interview: peace.

Political analyst Taqadum al-Khatib argues that Egypt can, in co-ordination with its European partners, develop a common vision to solve the complex conflict in Libya. For this to ... END_OF_DOCUMENT_TOKEN_TO_BE_REPLACED

At the suggestion of his Arab students, Israeli psychologist Ofer Grosbard created the project "Quranet", which uses texts from the Koran to solve educational problems in schools ... END_OF_DOCUMENT_TOKEN_TO_BE_REPLACED

Libyans have mixed feelings about the EU. On the one hand, they admire what Europeans have achieved, but on the other, they feel let down. Moutaz and Walid Ali report from Tripoli END_OF_DOCUMENT_TOKEN_TO_BE_REPLACED

Turkey's President Erdogan wants to create a second Bosphorus. The cost to the economy and environment would be enormous – and that's why Istanbul's mayor is attempting to stop ... END_OF_DOCUMENT_TOKEN_TO_BE_REPLACED

Libya is in turmoil and no political solution is in sight. The EU's inability to take concerted action in the country, meanwhile, is being exploited by third parties, such as ... END_OF_DOCUMENT_TOKEN_TO_BE_REPLACED

Contemporary artist Mona Hatoum is one of those figures whose presence in western capitals stimulates much attention and critical writing, while her exhibitions in Arab cities ... END_OF_DOCUMENT_TOKEN_TO_BE_REPLACED
Author:
Sarah Judith Hofmann
Date:
Mail:
Send via mail