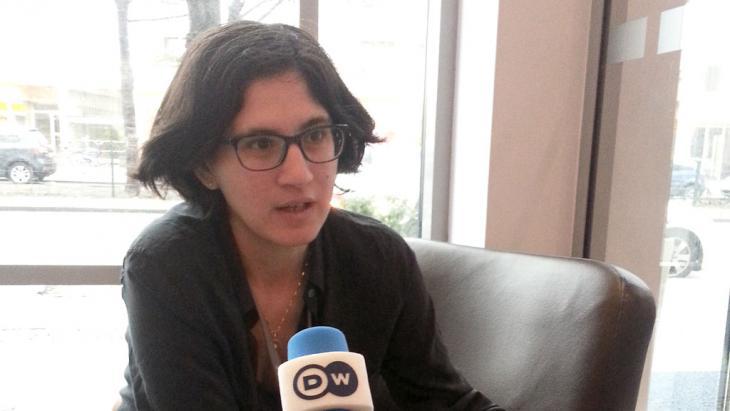 "I am ultimately fighting for a better future in my homeland"

Mor Loushy's moving documentary "Censored Voices" is based on the Israeli book "The Seventh Day" (Hebrew: Siach Lochamim), in which soldiers who fought in the Six Day War in 1967 talk about their personal experiences and intimate feelings. The interviews were conducted only days after the conflict by writers, including a young Amos Oz and the editor and publisher Avraham Shapira, who were, like the soldiers, Kibbutz members at the time. They wanted to understand the grief of the soldiers, grief that had been drowned out by the victory parades. Igal Avidan spoke to the director

Ms Loushy, how did you get the idea for this film?

Mor Loushy: During my MA studies in history, a lecturer recommended that I read "Siach Lochamim", which I read in 2011. Almost no one from my generation knows this book, although it was part of the canon of my parents' generation. My first reaction while reading it was: "Wow! How is it possible that I didn't know of these anti-militaristic voices?" They were in stark contrast to everything I had learned in school about the 1967 war. I was amazed to discover how these soldiers, through their experience on the battlefield, foresaw the future in 1967 and how they understood that Israel's control over the Occupied Territories would end in tragedy.

These voices are more relevant now than ever before. I considered it my mission to make this film, to make it possible for my children to have a better future. I was a soldier myself and I want the conflict with the Palestinians to end, I want us to live peacefully side by side and I want my son to serve in an army of peace.

How did you get hold of the recordings, which have been under lock and key since 1967?

Loushy: It took me months to convince Shapira, who had kept the recordings, to meet me. He hadn't given anyone access to the recordings because he felt responsible for the people he interviewed in 1967. He knew that some of their statements were explosive and he was afraid they would be misused.

Finally, I was supposed to meet him in Jerusalem, where he was giving a lecture. Because I missed the bus and was pregnant, my mother gave me a lift in her car. He was obviously moved by the sight of me and my mother, because he invited me to his Kibbutz where we ended up talking for six hours. Only then did he trust me and gave me his permission. To research the film, I drove to him every week over a long period of time.

What did you learn from these historical recordings?

Loushy: The film shows the souls of people in war, which makes it universal. These Israelis went to war in order to save their lives; but at the end of the war, they found themselves as occupiers. A victory can also have tragic results; every day we are losing the victory we won back then. The front-line fighters went through a serious moral crisis. One of them said that if the war was about occupying the holy sites, then his fallen comrades were more important to him.

Which statements left the greatest impression on you?

Loushy: The most difficult scenes for me are those about the expulsion of the people who would become refugees because it is difficult for many Israelis to understand that this tragedy is the basis of the conflict. I also cannot forget the prophecy that not only a war, but also a life in constant conflict, can destroy a people. This is why the message of my film is: "Let us pause for a moment and think about a better future for our children." Israel is my home; my little son Michael is growing up here. I don't have another country except Israel. Through the soldiers' voices, I am ultimately fighting for a better future in my homeland.

Did you listen to all the historical recordings?

Loushy: Yes. It took me eight months to listen to the 200 hours of interviews several times, to transcribe and decipher them. I also digitalised and restored the old recordings. 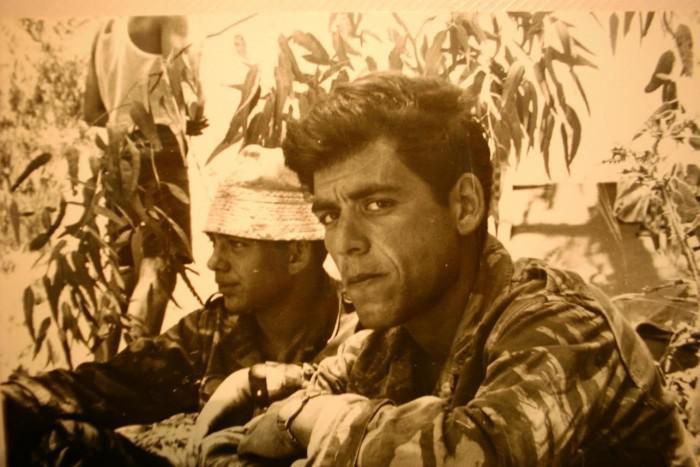 A portrait of the soul of people in war: some of the soldiers interviewed by Amos Oz und Avraham Shapira were strongly critical of the human rights abuses committed during the Six Day War, others distanced themselves from fellow soldiers who danced at the Wailing Wall in Jerusalem. Others prophesied that the Israeli occupation would intensify the Arab's hatred and that the next war would only cost more lives

How do you turn audio recordings to a movie?

Loushy: I didn't want to make a nostalgic film, so I used film-clips from that time, for example footage that has never been seen before, showing the demolition of Arab houses bordering on the Western Wall in Jerusalem. My biggest worry was that I would not have enough film material because the war lasted only six days, and Israeli television didn't exist yet in 1967.

So we researched in 30 archives worldwide. We found film material that had never been seen before. In addition, people who went to war with their eight-millimetre cameras gave us their private recordings.

Did you meet all the interviewees who are still alive?

Loushy: We only decided after editing which of them we wanted to film. It was important for me that they listen to their own statements from 1967 on camera.

Some Israeli media are already criticising your film, saying that it damages "Israel's reputation". What do you say to those critics?

Loushy: As long as we live in a democracy, we must confront our past. We have to discuss our morals openly, even the painful, open wounds. This film tells the history of the biggest Zionists who built this country, and one must respect their statements. This is why my film is for Israel, which is in a dangerous situation. It is for a better future for this country.

Your film is called "Censored Voices". Which parts of the recordings were censored in 1967 and which are censored now?

Loushy: About 70 per cent of the testimonies were censored back then; only the rest has made it to the book. Most statements in the film consist of these censored discussions. Unfortunately, I had to submit my film to the censorship, like all filmmakers in Israel. Luckily it was only minimally censored. Maybe Israeli censorship has become much more liberal since 1967.

Hamas in Gaza, the Palestinian Authority in the West Bank, and Israel: Palestinians have fewer and fewer rights, says Khaled Elgindy. The Middle East could escalate at any time. ... END_OF_DOCUMENT_TOKEN_TO_BE_REPLACED

Joe Biden promised to make democracy and human rights central to US foreign policy. But that means not insisting on Israel's right to defend itself without mentioning its ... END_OF_DOCUMENT_TOKEN_TO_BE_REPLACED

As the Biden administration attempts to promote democracy and human rights in the Middle East, it will confront the deep-seated belief among Arabs that U.S. policies are unfair to ... END_OF_DOCUMENT_TOKEN_TO_BE_REPLACED

Ben Aylon’s debut international album sees him elevate the traditional music and instruments of Senegal and Mali into a fresh contemporary setting. Seven years in the making, " ... END_OF_DOCUMENT_TOKEN_TO_BE_REPLACED

Years ago, the International Holocaust Remembrance Alliance formulated how hatred of Jews can be recognised. Now a new definition is causing controversy. By Sarah Judith Hofmann END_OF_DOCUMENT_TOKEN_TO_BE_REPLACED

When it comes to talent, Palestine may well be able to compete with other football teams in the region, but growth and development are hampered by the situation in the Palestinian ... END_OF_DOCUMENT_TOKEN_TO_BE_REPLACED
Author:
Igal Avidan
Date:
Mail:
Send via mail

END_OF_DOCUMENT_TOKEN_TO_BE_REPLACED
Social media
and networks
Subscribe to our
newsletter