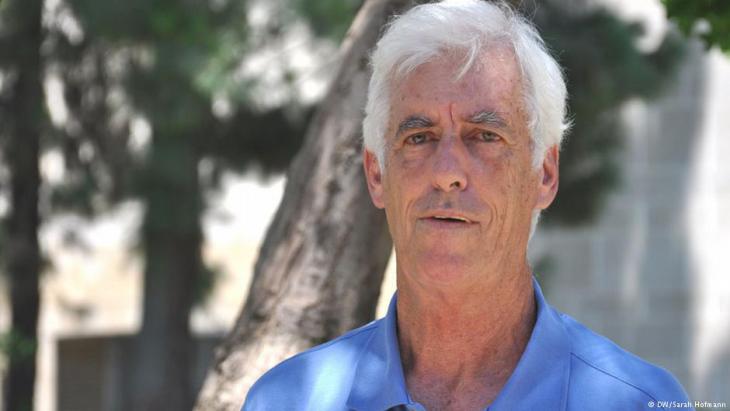 AfD's success comparable with the rise of the Nazis

Jews must speak out about the German general election result, says Moshe Zimmermann. The Israeli government, on the other hand, prefers to look the other way. In interview with Sarah Judith Hofmann, the German-Israeli historian explains why

Mr. Zimmermann, how did you react on election night, when you first discovered the numbers provided by exit polls, giving 13 percent of the vote to the AfD?

Moshe Zimmermann: I was relieved, because I was expecting 15 percent. At least that's two percent less.

So you weren't surprised at all?

Zimmermann: I am a historian; I follow contemporary history closely. I had been looking at survey results every day before the election. I knew in which direction it was going. I was recently in Berlin for two weeks, so I saw the AfD campaign ads and the discussions on TV. I was very depressed by the fact that a far-right party would certainly overcome the five percent hurdle for the first time.

German Minister of Foreign Affairs Sigmar Gabriel said before the election, "If the AfD makes it into the Bundestag, it will be the first time in 70 years that we will be talking to Nazis in the German parliament." As a historian, how do you view this comparison with the Nazis? Is it legitimate?

Zimmermann: Whenever you use the word "Nazi", it′s obviously an exaggeration. Today's Nazis are not the Nazis from back then. This exaggeration leads people to withdraw their comparisons afterwards. Still I will cautiously say: Nazi potential has now entered the German parliament. In this sense, Gabriel is right.

Can we compare our times with those of the Weimar Republic?

Zimmermann: Historians thrive on comparisons. We simply say that it's always "mutatis mutandis," which means, the conditions change but the phenomena are similar. The way people reacted in 1930 to a period of crisis, uncertainty and prejudice is comparable to what has been happening in Germany between 2015 and 2017. Prejudices have been activated, fears aroused, slogans and simplifications are being used to offer a far-right solution. 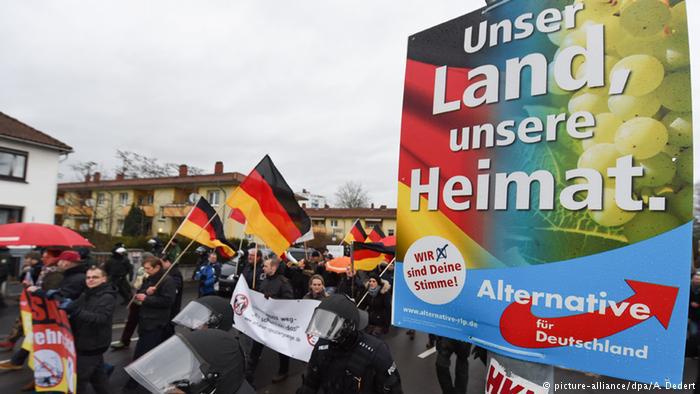 The AfD as rallying point for right-wing extremists, identitarians and ′concerned citizens′ of a nationalist bent: 94 representatives of the Alternative for Germany are due to take up seats in the next German parliament. In the words of Sigmar Gabriel: it will be the first time in 70 years that Nazis have sat in the Reichstag

The surprise that occurred now can also be compared with the surprise that happened in September 1930. In both cases, the percentage points are similar. [Eds. At the Reichstag election in September 1930, the Nazi party obtained 18.3 percent of the votes – an increase of 15.7 percent compared to the 1928 election.]  For a democratic society, there is always the threat that antidemocratic voices start gaining ground.

Yet here's the main difference: in 1930, there weren't enough supporters of liberal democracy, which is why resistance to a shift to the right turned out to be too weak. There's hope that today's opposition is more energetic and broader, as demonstrated by the political scene now. In this sense, the comparison leads us to somewhat more optimism.

Germany has been especially proud to have learned from its history. What made it possible for statements such as those declared by AfD party co-leader Alexander Gauland, that one "should have the right to be proud of the achievements of German soldiers during the two World Wars" to suddenly become so popular?

Zimmermann: Ever since 1945, Germany has always had voices trying to relativise the country's dark past. That's not new. The question is then, what led 13 percent of voters to follow this tendency? That's a problem faced by the entire Western democratic world. If voices filled patriotism, egoism and ethnocentrism are kosher enough for Trump, then Europeans are also going to be allowed to express them – and that goes for Germans too.

Home
Print
Newsletter
More on this topic
Facing down the AfD: We shall not be moved! Targeting the Muslim population: Presumed guiltyWhen anti-Semitism and Islamophobia join hands: The racist vortex
Related Topics
AfD | Alternative for Germany, Anti-Semitism, Democracy and civil society, Islam in Germany, Islamophobia, Muslims in the West, Racism | discrimination, Right-wing populism, Rule of law
All Topics

One in four people in Germany has a migration background, but less than 8% of the members of parliament have foreign roots. Germany is out of touch with reality, says Maissun ... END_OF_DOCUMENT_TOKEN_TO_BE_REPLACED

Germany’s electorate includes some 7.4 million citizens with international roots, while many more millions of residents from abroad aren’t allowed to vote. Both groups are often ... END_OF_DOCUMENT_TOKEN_TO_BE_REPLACED

Germany's foreign policy is explicitly values-based. But what happens, Ralf Bosen asks, when democracy, the rule of law and human rights collide with the logic of trade and ... END_OF_DOCUMENT_TOKEN_TO_BE_REPLACED

No other Western poet was arguably so well-versed in the Koran or so fascinated by Islam as Germany's national hero, Goethe. In a new publication that examines all Goethe's ... END_OF_DOCUMENT_TOKEN_TO_BE_REPLACED

Migrants are often maligned as being responsible for Europe's problems. Yet their integration is in Europe's interest. Michael Thaidigsmann believes that a long-term vision is ... END_OF_DOCUMENT_TOKEN_TO_BE_REPLACED

How could the Afghan government and its institutions collapse so quickly? That things were going wrong in Afghanistan had been obvious for a long time, yet the West preferred to ... END_OF_DOCUMENT_TOKEN_TO_BE_REPLACED
Author:
Sarah Judith Hofmann
Date:
Mail:
Send via mail

END_OF_DOCUMENT_TOKEN_TO_BE_REPLACED
Social media
and networks
Subscribe to our
newsletter