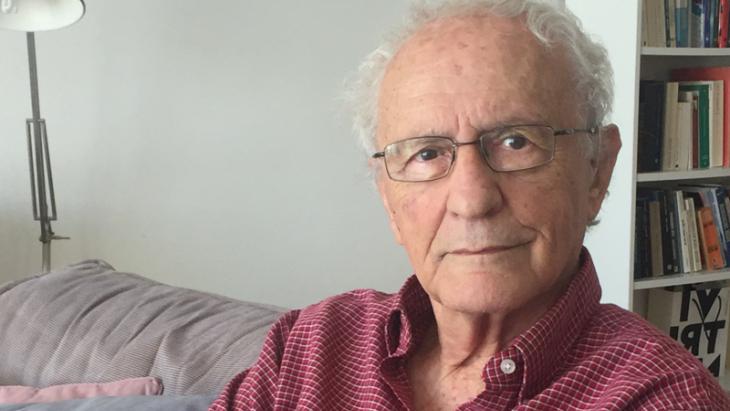 Leading historian Zeev Sternhell talks to Inge Gunther about the 70th anniversary of the founding of Israel, the impact of the Israeli-Palestinian conflict and Israelʹs religious-nationalist settler movement

You must have been 13 years old, one of the few in your family who survived the Holocaust, when David Ben-Gurion declared Israeli statehood on 14 May 1948. What did you feel when you heard about the foundation of the Jewish state?

Zeev Sternhell: I was living at that time in Avignon, where I came to from Poland just after Second World War. The foundation of Israel and the war for its independence had a lot of impact on me. I was a still a child, but I wanted to take part. When I reached the age of 16 years, I decided to make aliya, to immigrate to Israel, because I wanted to participate in building a new society.

Today we have had a state for 70 years, it‘s probably very far from what we hoped for. Yet in the early days people could hardly believe they were seeing those Jews, whose relative had been gassed by the Germans, creating and fighting for a place for themselves.

In your case the enthusiastic henchman became an outstanding critical voice. Did that happen before or after the Six Day War?

Sternhell: In 1967 I like most Israelis had no doubt that we were just responding to the Egyptian military threat. Nobody among us was thinking about Jerusalem and the West Bank. Later we came to understand that it was all a miscalculation by Nasser, that he had never intended to go to war. After our victory I didn‘t believe that we would keep Sinai and the West Bank. I was convinced that we should and that we would pull out of all the territories occupied in 1967.

The question is why did we not evacuate the conquered territories when we still could have done it easily? By 1977, when Likud won the elections for the first time, the Labour party had had ten years to take the initiative. At that time Sinai and the West Bank were still regarded as something of a package for negotiations on the basis of "land for peace". 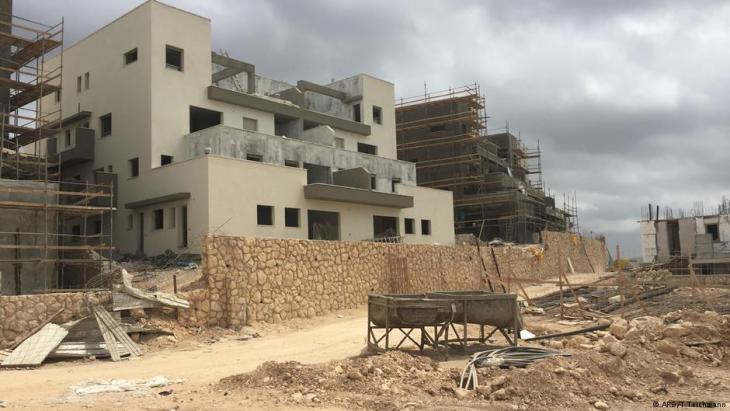 Why wasnʹt it possible to stop the religious nationalist settler movement?

Sternhell: Initially they were only a tiny minority. I personally have no problem with conquering the land before 48/49, because that was a vital, an essential necessity. We needed a piece of land for ourselves. But I have a real problem with us retaining the territories of 1967. All the goals of Zionism can be realised within the Green Line. We have no right to deny the Palestinians human rights, including those relating to self-rule and independence.

How come, 70 years after the foundation of Israel, the government is seeking to push through legislation that emphasises the Jewish character of the state in such a way as to make the Arab minority feel even more second rate?

Sternhell: Israel was always intended to be a Jewish state. But at the same time, its Arab citizens were meant to have full rights of citizenship, politically, if not socially. Today the ruling right-wing parties are creating a new legitimacy, claiming that the country belongs to the Jews, because 3000 years ago we received it from God himself. Now there are even members of the Knesset prepared to go on record saying that the Palestinians cannot claim equal rights to the land because they are not Jews.

Sternhell: The radicalisation of Jewish nationalism is a product of the Six Day War. For most people in Israel, especially those in power, national identity is far more important than democracy. I remember a famous rabbi, one of the settlement founders in Hebron, commenting soon after 1967 that democracy was not a Jewish value. For religious nationalists, liberal democracy is a foreign, dispensable concept. For them it is majority rule that counts.

The Prime Minister of Hungary would agree to that...

Sternhell: In my opinion what Viktor Orban says about illiberal democracy – he invented that expression – is bullshit. Democracy is either liberal or it does not exist.

Right-wing populists are currently in the ascendant, in the U.S. as well as in Europe.  How much do you see Israel embedded in this global trend?

Sternhell: Israeli right-wing nationalists undoubtedly feel encouraged by that fact that they are part of a global trend. They have close links to various right-wing parties in Europe. The Trump era will not last forever, but here in Israel the right have created a situation in which other Israelis see no alternative. Most Israelis consider the status quo as probably the best situation they can imagine. 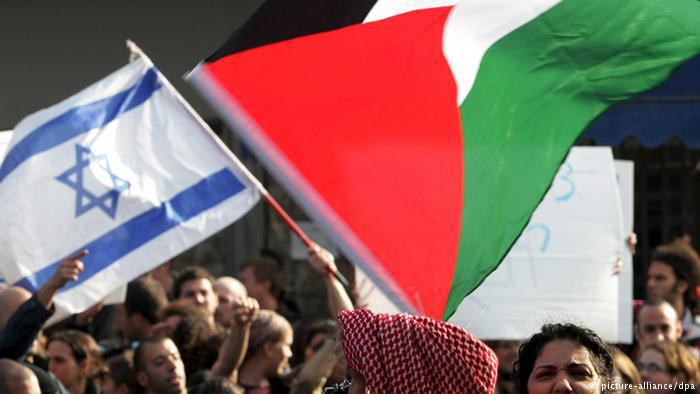 "The opportunity to create two states has been missed many times. Unfortunately, those Palestinians who still dream of return are merely helping the Israeli right in their efforts to cement the current situation. A two-state solution might still be possible were we to retreat from the West Bank yet retain the settlements," says Zeev Sternhell

Does that mean the Middle East conflict will remain unresolved?

Sternhell: Do you know people who would be ready and able to go so far to solve the problem? No, they don’t exist. Right now the battle is as good as lost. As long as nothing dramatic happens during this nationalist disaster, as long as life is good and the economy is working, we have no reason to pick a fight with the settlers.

But without a solution to the Palestinian question there can be no democratic Israeli state with a Jewish majority in the long term. Already almost as many Arabs as Jews live between the Mediterranean Sea and the Jordan River.

Sternhell: For the Jewish majority the Arab vote does not count. Tommy Lapid from the Future party and Avi Gabbay, the head of Labour – Netanyahuʹs sole challengers – have already declared that they will not collaborate with the Arab parties, the Joined List. The right-wing settlers have managed to create a state within the state. They are stronger than we are, because they are ready to die for their ideas, while we are not.

What is all this leading to? Will it be one state at the end?

Sternhell: The opportunity to create two states has been missed many times. Unfortunately, those Palestinians who still dream of return are merely helping the Israeli right in their efforts to cement the current situation. A two-state solution might still be possible were we to retreat from the West Bank yet retain the settlements. We are however incapable of achieving that on our own. A real solution cannot be reached without bringing together Israel, the Palestinians, the Arab states, the USA and Europe – to all intents and purposes, a Sisyphean task.

Zeev Sternhell, 83, Israeli historian and political scientist, is one of the worldʹs leading experts on fascism. For many years he ran the Political Science Department at the Hebrew University. In 2008 he was awarded the prestigious Israel Prize. In the same year, he narrowly survived an attack by a right-wing extremist when a pipe bomb exploded in front of his house in Jerusalem. Sternhell has nevertheless continued to speak out, writing insightful and outspoken columns for Haaretz newspaper, in which he is openly critical of Israelʹs occupation and settlement policies.

At the suggestion of his Arab students, Israeli psychologist Ofer Grosbard created the project "Quranet", which uses texts from the Koran to solve educational problems in schools ... END_OF_DOCUMENT_TOKEN_TO_BE_REPLACED

Contemporary artist Mona Hatoum is one of those figures whose presence in western capitals stimulates much attention and critical writing, while her exhibitions in Arab cities ... END_OF_DOCUMENT_TOKEN_TO_BE_REPLACED

Wall, fences and checkpoints have become a way of life in the West Bank. But now innovative start-ups are using digital means to overcome borders and connect people across the ... END_OF_DOCUMENT_TOKEN_TO_BE_REPLACED

The collapse of traditional multilateralism in the Arab world has been accompanied by a significant shift in American Middle East policy under President Donald Trump, writes ... END_OF_DOCUMENT_TOKEN_TO_BE_REPLACED

In her latest novel, "The Book of Disappearance", Palestinian author Ibtisam Azem strikes a nerve with a fantastical tale that simultaneously fascinates and moves the reader, ... END_OF_DOCUMENT_TOKEN_TO_BE_REPLACED

In terms of policy, this election has little else to offer. Social issues, the economy and the conflict with the Palestinians are not dominant themes; it’s a question of power. By ... END_OF_DOCUMENT_TOKEN_TO_BE_REPLACED
Author:
Inge Günther
Date:
Mail:
Send via mail