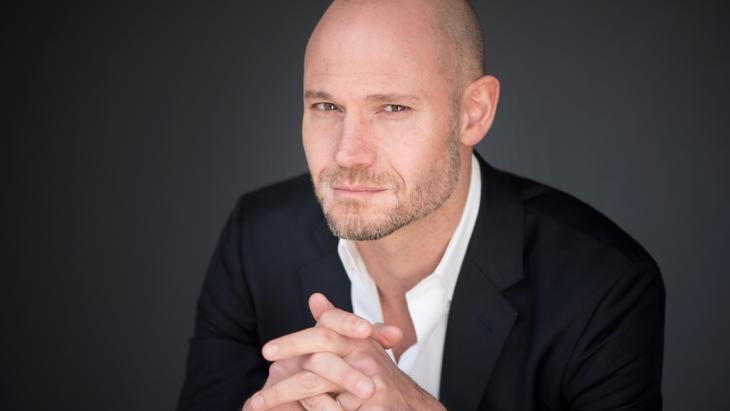 Given that the political landscape in Israel is once more expected to shift to the right in the upcoming general elections, philosopher Omri Boehm argues in his forthcoming book – "A future for Israel" – for more open discussion on alternatives to the failed two-state solution, including the taboo concept of a Jewish state. Interview by Rene Wildangel for Qantara.de

In your book you criticise German intellectuals, accusing them of self-censorship when it comes to Israel. What do you mean?

Omri Boehm: I do think there is censorship on Israel, and most of it is probably self-censorship. Due caution has slipped into self-censorship, meaning that the latter has become so internalised, that most people may not even realise that they self-censor. But if you point this out, you get furious reactions. The recent Weltoffenheit initiative is a case in point. A lot of people dismissed the initiative's warning that "accusations of anti-Semitism are being misused to push aside important voices and to distort critical positions".

Criticising Israel is a sensitive topic in Germany and for good reason. For a country with its particular history, which claims Israel’s security as its own raison d’etat, discussing Israel is naturally different from critically debating other topics. Hence the frowned-upon term ‘Israelkritik’. But the limit of what is considered legitimate criticism in Germany is off. Of course, you may criticise the occupation, Netanyahu, or the Israeli government.

But it is considered illegitimate to discuss the question of Israel's establishment as a Jewish state – even though the definition of a Jewish state is incompatible with liberal democracy. Or to seriously discuss the Nakba, for that matter. Engaging in this type of criticism immediately invites accusations of anti-Semitism. Even stating the facts has become impossible.

Which facts do you mean?

Boehm: Take the demographic reality. The fact that at least an additional three million Palestinians live within Israel’s de facto borders – subject to aggressive military law, yet not counted as Israel’s citizens. Germans think this description contradicts the facts: they hold on to the two-state solution and the ‘green line’, instead of counting Israel’s population properly. But in Israel, this green line distinction doesn’t exist. It’s not taught in schools or mentioned in textbooks – students learn that Israel’s borders simply include the West Bank.

Nor is there any talk of occupation in the Israeli discourse: just as people learn that there was no Nakba, you also will not hear the term occupation in mainstream media. These days, ‘occupation’ is actually considered a term of the radical Left. 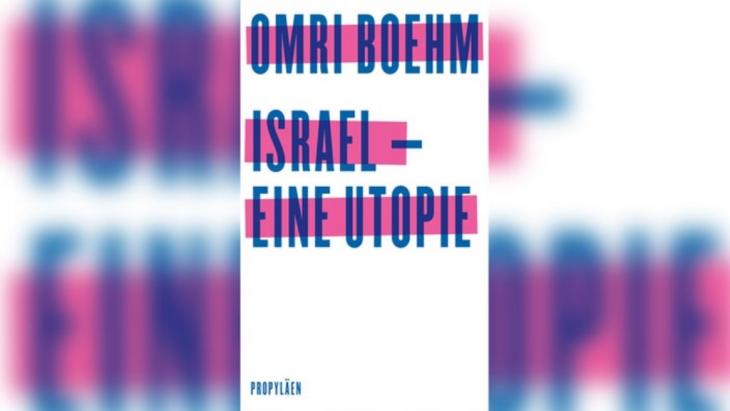 In favour of a bi-national Israeli-Palestinian federation: Omri Boehm makes the case for re-thinking Israel's statehood: only the equal rights of all citizens can end the conflict between Jews and Arabs. The Jewish state and the Occupied Territories must become a federal, bi-national republic. Such a policy is not anti-Zionist, on the contrary: it lays the foundation for modern, liberal Zionism

Officially the media refers to the West Bank as ‘Judea and Samaria’.

Boehm: Exactly. The Israeli Bureau of Statistics obviously counts Jews in Israel proper and ‘Judea and Samaria’ (the West Bank) as Israeli citizens. What is more, it’s illegal in Israel to vote from outside the country: I can’t vote if I am in Berlin or New York – but of course 700,000 Jews in the settlements in the West Bank are allowed to vote. Were the three million Palestinians living there also to be counted, which would be the correct thing to do, there would be no clear Jewish majority.

We would have 55% Jews, 45% non-Jews, living in a Jewish state. And that is only if we ignore the other two million Palestinians in Gaza. These are the facts – but many Germans can’t bring square them with their own relationship towards Israel. And that’s why they dismiss the term ‘apartheid’ – whether appropriate or not – as sheer anti-Semitism.

Meanwhile, the term has become almost commonplace in Israel. The country's leading human rights organisation, B'Tselem, has just officially explained why it uses the term.

The demographic reality is one reason why the Jewish state cannot be a liberal democracy. We must begin addressing this reality for the sake of the country. German intellectuals would never accept that I, as a German Jew, would have the same status in Germany as Palestinian citizens have in a Jewish state. They would reject such a status as racist. If you claim Israel has the right to be a Jewish state, then Germany would have the right to be a Christian and German ethnic state. Some on the right and in the AfD actually want this. But I don’t believe German liberals want to go down that path.

Israel’s right to exist as a Jewish and democratic state is enshrined in the current coalition agreement between CDU and SPD. And the motion passed in the German Bundestag against the BDS threatens all those who question this right with "resolute resistance".

Boehm: Yes. It must be pointed out that this is a major departure from the IHRA definition of antisemitism, which the German government adopted in 2017.

The IHRA should be revised, too; but it was at least careful not to say that questioning Israel’s existence as a Jewish state is anti-Semitic – and they knew exactly why.

The IHRA defines using a ‘double standard’ with regard to Israel as anti-Semitic. And calling Israel a racist state is allegedly by definition anti-Semitic, too. I personally reject the claim that Israel is a racist state – but when a Palestinian, an Israeli, or even a German or American claims that it is, is this per se anti-Semitic?

Were the U.S. to re-instate segregation, there would be nothing wrong with calling it racist. It would be stating the facts. According to the IHRA, however, whatever Israel does, calling it racist would always be anti-Semitic. That is clearly a double standard! In other words, by the IHRA’s own understanding, the IHRA definition is anti-Semitic.

In "Iran. Die Freiheit ist weiblich", journalist Golineh Atai describes the dogged resistance of courageous Iranian women against the Islamic Republic and the mullahs who have ... END_OF_DOCUMENT_TOKEN_TO_BE_REPLACED

Egyptian authorities have Mada Masr in their sights once again after critical reporting. But the editor of the country's last independent news source is adamant they will continue ... END_OF_DOCUMENT_TOKEN_TO_BE_REPLACED

Like Christianity, Europe's history is one of migration. Both have strong roots in the Orient and in cultures thousands of years old. Cultural historian Bernhard Braun invites us ... END_OF_DOCUMENT_TOKEN_TO_BE_REPLACED

Russia is leaving no stone unturned in its attempts to make the Islamic Republic an ally in the war against Ukraine. Fortunately for Vladimir Putin, the mullahs in Tehran are ... END_OF_DOCUMENT_TOKEN_TO_BE_REPLACED

Attitudes towards Rohingya people in Myanmar have shifted, due in part to the civil war. But this does nothing to alleviate their misery. By Rodion Ebbighausen END_OF_DOCUMENT_TOKEN_TO_BE_REPLACED

END_OF_DOCUMENT_TOKEN_TO_BE_REPLACED
Social media
and networks
Subscribe to our
newsletter