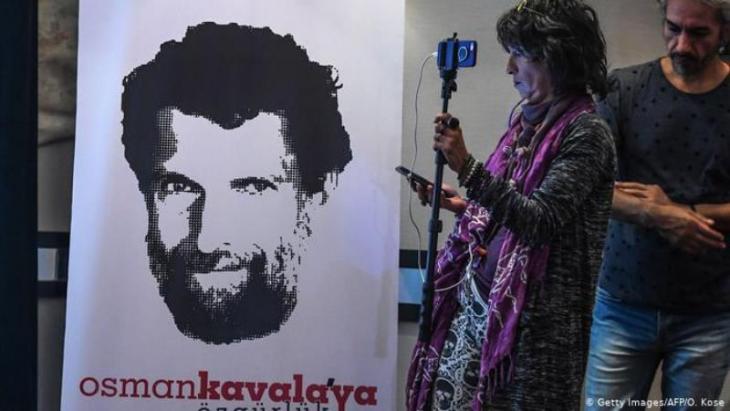 Turkish art patron and businessman Osman Kavala has been in jail for more than two years, accused of wanting to overthrow the government. Beril Eski spoke to him about his life in prison and his civil society projects

Osman Kavala was once one of the foremost figures in Turkish civil society. But since October 2017, he's been in pre-trial custody in Silivri Prison. Turkish authorities accuse him of instigating and financing the 2013 Gezi Park protests. Prosecutors say he wanted to bring down the government and are demanding a life sentence. The European Court of Human Rights (ECHR) ruled last week that Kavala's arrest was politically motivated and that his detention served the purpose of "reducing Mr. Kavala, and with him all human-rights defenders, to silence". The court has demanded his "immediate release".

Mr. Kavala, what has been the most difficult experience for you here in prison?

This long imprisonment isn't just agony for me; it's agony for my family and everyone I love. My wife's life has been completely turned upside down. And then there are the handcuffs. It's even worse than being locked up because it's physically invasive. If I have health problems it's quite difficult for me to be brought to the hospital in handcuffs, to be led around with my hands cuffed. So I pray I don't get any serious illness. Waiting 16 months in prison while the charges were prepared was unbearable. I didn't know exactly what I was being accused of.

What do you think about the progress of the case so far?

I have no doubt I'll be acquitted. To claim that the Gezi protests were planned, financed and carried out by foreign powers with the goal of bringing down the government is a completely nonsensical accusation. That's why there's no evidence in the indictment to support the allegations. So I'm not worried about the outcome of the case. 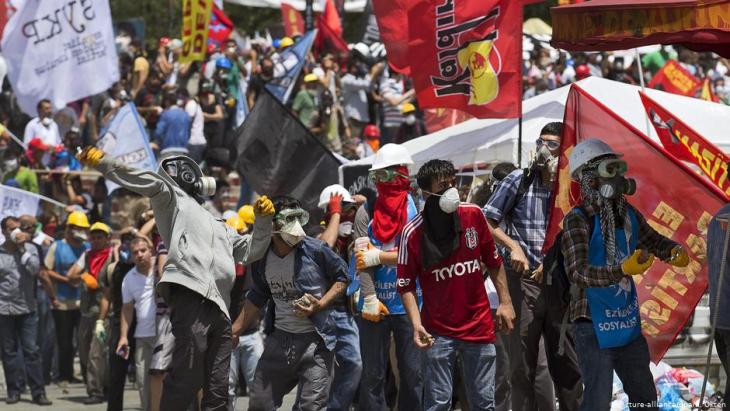 One lone scapegoat: the only person still in custody with relation to the 2013 Gezi Park protests, Osman Kavala is accused by the Turkish authorities of instigating and financing the unrest. The European Court of Human Rights (ECHR) recently ruled that Kavala's arrest was politically motivated and that his detention served the purpose of "reducing Mr. Kavala, and with him all human-rights defenders, to silence"

My application for release was turned down with the claim that no conclusive evidence was needed to detain someone. I'm the only person still in custody because of the Gezi protests, in which more than 3 million people took part. That shows how absurd the whole thing is.

How did you come to take part in the protests?

Like many people, I was against the planned construction in Gezi Park, against the destruction of the park. I tried to make it clear that it was the wrong thing to do. I've known the park since I was a child. It's a place I loved, a place that brought me peace. People from all walks of life, from every neighbourhood benefitted from the park. And I went to the protests a lot because my office was just around the corner.

What do you remember most about the protests?

Some police used pepper spray as a weapon, without thinking about the consequences. And some protesters were killed and several more seriously injured. Of course, it's impossible for me to forget that.

Another thing that amazed me was that a lot of young people had no connections to a political organisation or an NGO. It was probably the first time most of them had taken part in a protest. They just felt a strong sense of responsibility to protect the park, an ethical obligation.

What's changed in Turkey since the Gezi protests?

During the Gezi protests, there was a strong collective response – solidarity between young people of different social and cultural backgrounds. That was positive. On the other hand, the protests made Taksim Square a kind of enclave that the police couldn't enter for nearly two weeks. That caused then-Prime Minister [now President] Erdogan to take a negative stance towards social protests. 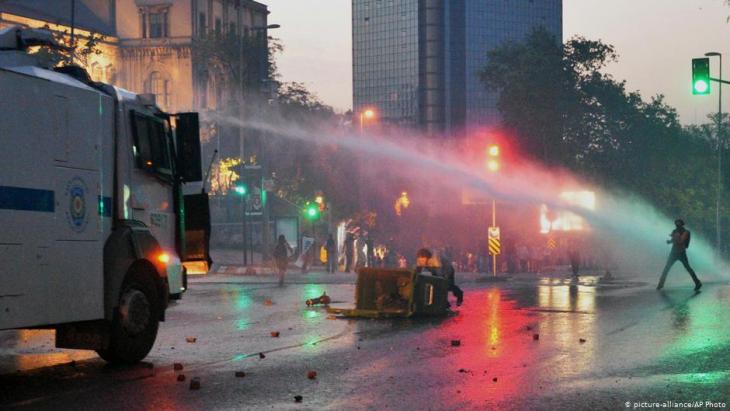 An ethical obligation to protect Gezi: "like many people, I was against the destruction of the park. I tried to make it clear that it was the wrong thing to do. I've known the park since I was a child. It's a place I loved, a place that brought me peace. People from all walks of life, from every neighbourhood benefitted from the park. And I went to the protests a lot because my office was just around the corner"

The view that foreign powers had directed the Gezi protests was reinforced after the attempted coup of 15 July 2016. Now it's firmly the government's position. My arrest and the absurd accusations against me came about because of that change.

You were very engaged in civil society projects before your imprisonment. For example, you provided a lot of help for victims after the 1999 Golcuk earthquake. You also organised cultural projects and children's aid in south-eastern Turkey. Do you have a particular vision?

After the military coup of 1980, I came to believe that the actions of civil society would contribute to the development of democracy. The influence of organisations that push for civil rights is – then as now – limited in Turkey. So we developed a programme for young people who want to work as activists in civil society or want to get into politics. Today it's clearer to me than ever how important it is to encourage those who want to go into politics. Once I'm released from prison, I dream of setting up a project that uses art to promote a better understanding of judicial norms and ethical values.

This year Annemarie Schimmel, the great German scholar of Islamic studies, would have turned 100. Unique within the German and international academic community of her time, ... END_OF_DOCUMENT_TOKEN_TO_BE_REPLACED

The Palestinian militant organisation Hamas, with Hezbollah's help, is building up a military presence in Lebanon, the ultimate consequences of which could be devastating, writes ... END_OF_DOCUMENT_TOKEN_TO_BE_REPLACED

More and more voices are being raised in Turkey that challenge previous versions of the country's history. These alternative accounts, still largely ignored by official quarters, ... END_OF_DOCUMENT_TOKEN_TO_BE_REPLACED

Violence against doctors and lawyers in Turkey has been growing in recent years. But instead of taking action, the government is openly hostile towards two unions representing the ... END_OF_DOCUMENT_TOKEN_TO_BE_REPLACED

The Sufi Trail is a long-distance hiking route from Istanbul to Konya that seeks to revive the ancient tracks used by foot pilgrims on their way to Mecca. Marian Brehmer spoke to ... END_OF_DOCUMENT_TOKEN_TO_BE_REPLACED

Foresight is needed to turn the tide of German policy. Being independent of Russia must not lead to dependence on authoritarian regimes in the Middle East. By Kristin Helberg END_OF_DOCUMENT_TOKEN_TO_BE_REPLACED
Author:
Beril Eski
Date:
Mail:
Send via mail

END_OF_DOCUMENT_TOKEN_TO_BE_REPLACED
Social media
and networks
Subscribe to our
newsletter