Jordanian writer Jalal Barjas' novel "Notebooks of the Bookseller", which won this year's Booker International Prize for Arabic Fiction, was celebrated at a symposium during the Berlin International Literature Festival in September. A large number of Germans and Arabs interested in Arabic literature attended. On the sidelines, journalist Rim Najmi caught up with Jalal Barjas

A large German audience attended your evening at the Berlin International Literature Festival, and you signed copies of "Notebooks of the Bookseller" for lots of the people present, to the point where all the copies you had with you ran out. As an Arab writer, how do you think you went down with the German public?

Jalal Barjas: I was so happy to connect with readers in Germany. Through my conversation with them, I sensed a yearning to read Arabic literature and to hear about new ideas, different perspectives and lives in the Middle East. This got me thinking more about the state of translation from Arabic into foreign languages, including German, and I’m wondering what’s behind the poor showing in terms of getting material translated at this point in time, when there is such a need for cultural cross-fertilisation.

It is expected that "Notebooks of the Bookseller" will be translated into English and from that into other languages. How do you feel about Arabic literature being translated into foreign languages? Do you agree with the view that Western publishing houses are biased towards those Arab works which present an image in line with certain Orientalist perspectives or towards those which break taboos?

Barjas: Some Western publishing houses do operate according to the Orientalist view of Arabic literature, which presents Arabs as backward and out of step with human civilization. There are also publishing houses which make their decisions about what to translate of Arabic literature on commercial grounds – whether such material might be accepted by readers, or not. That is why we find some Arab novelists who have been translated, and regularly so, even though they are not the best writers the Arab world has to offer. This is because they have complied with expectations that qualify their texts for translation in the West. Indeed, some Arab writers present distorted images of their societies.

At the same time, it is true that there are also publishing houses that do not operate like that, especially since the advent of the Arab Booker Prize, and novels exist that have been translated into a multitude of languages. We need to ask ourselves what the outcome of a post-Booker translation is and whether it has been done for the right reasons regarding the distribution and promotion to foreign readers. After all, many Arabic novels have been translated that have sunk without trace. 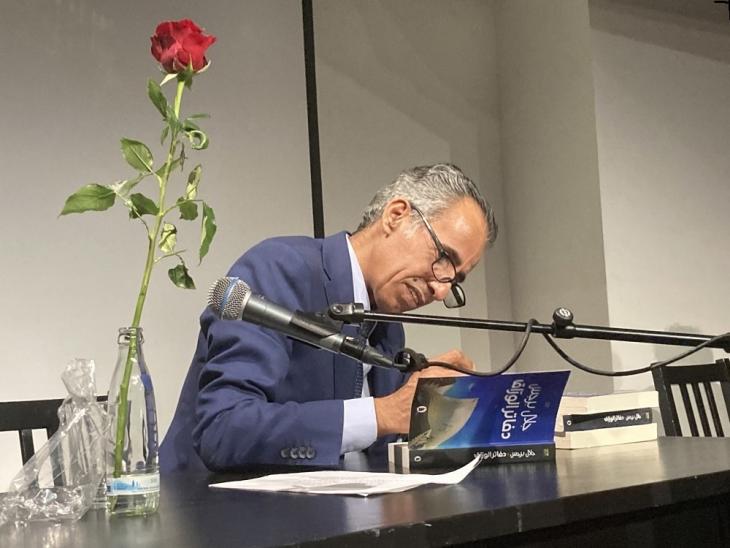 Throwing a stone into stagnant waters: "Thanks to the International Prize for Arabic Fiction, the appetite for novels has grown, and the Arabic cultural scene has seen a rise in novel-writing. It is the writer’s dream that his or her books will find an audience, and the IPAF has, in particular, become an eagerly-anticipated event each year"

After the event at the Berlin Festival, you wrote on your Facebook page that the experience of taking part in the Berlin International Literature Festival was one of the most important in your literary life. Why? What makes the German experience stand out from other international events in which you have participated previously?

Barjas: I said this for more than one reason, the first being the seriousness with which cultural issues are addressed in Germany, without formalities and conventions. The symposium that was held to talk about my experience as a novelist was exemplary in terms of preparation and the interaction of the audience with it. Seminars such as those held by the Berlin International Literature Festival build bridges between the writer and the readers, and between him or her and other writers, as well as with people involved in cultural affairs. This was in addition to the opportunity I had to meet Arab writers living in Germany. I also met Arab readers who attended the symposium. From that I was able to discern many of the cultural landmarks on which countries such as Germany lean.

You attended the Berlin Literature Festival as this year's winner of the ‘Arabic Booker’. This award and others such as the Katara Prize (which you have won previously) have incurred criticism from some Arab writers. Some of them have gone as far as to say that these prizes, and "Gulf money" in particular, have corrupted Arabic literature. What do you think about this?

Barjas: I have often said that the Arabic prizes awarded to novels, especially the International Prize for Arabic Fiction, have thrown a stone into stagnant waters. The appetite for novels has grown, and the Arabic cultural scene has seen a rise in novel-writing. It is the writer’s dream that his or her books will find an audience, and the International Prize for Arabic Fiction has, in particular, become an eagerly-anticipated event each year.

You almost lost your life because of "Notebooks of the Bookseller". How did that come about?

Barjas: It happened because I was internalising the character in the novel and inhabiting his world. It’s one of the ways in which I write. I was crossing the street with all the consciousness of Ibrahim the Bookseller, the man with schizophrenia, but this meant I was unable to do so safely, and I got run over by a car. The accident opened a new horizon for me within the novel. 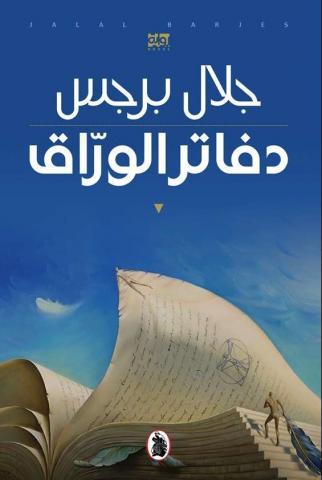 The way in which you are able to identify with your characters during the writing process gives your novels an honesty which is apparent to the reader, but how do you free yourself from this state of internalisation?

Barjas: Living the life of a character from a novel for a period of years requires a considerable psychological effort to reach authenticity in the writing. Freeing yourself from that state is an exercise in itself. Ultimately, this can only be achieved by writing about another character with different traits. You also need to distance yourself from the writing process and to get on with daily life.

You have an optimistic view of the reading market in the Arab world. It’s the opposite of what the statistics say and the prevailing notion that “Arabs don’t read”. Where does this optimism come from?

Barjas: Almost every year, international institutions monitoring levels of readership publish statistics, and most of these figures indicate that levels of reading in the Arab world are in decline or non-existent. However, I don’t find these numbers convincing anymore, especially since I’m a writer who is connected with Arab readers, continuously so. I see that reading levels in the Arab world have increased remarkably with the spread of reading clubs, reading campaigns and related cultural events. It’s true that reading levels in the Arab world are not the same as in the West, but we’re seeing a promising increase in numbers.

Former lawyer Said Haider has invented a chatbot for those seeking advice on anti-discrimination issues – Meta is the first chatbot of its kind in the world. In conversation with ... END_OF_DOCUMENT_TOKEN_TO_BE_REPLACED

Benjamin Idriz, imam of the mosque in Penzberg near Munich, is one of the most prominent representatives of Islam in Germany. He sees his role as building bridges to mainstream ... END_OF_DOCUMENT_TOKEN_TO_BE_REPLACED

In view of the catastrophic supply situation in Afghanistan, UN authorities are sounding the alarm. Inflation and growing poverty are exacerbating the situation. The Taliban ... END_OF_DOCUMENT_TOKEN_TO_BE_REPLACED

For Western listeners, the sound of the sitar is perhaps the most cliched musical symbol of India. Sitar player Hindol Deb, who lives in Cologne, Germany, has just released his ... END_OF_DOCUMENT_TOKEN_TO_BE_REPLACED

Since the German city of Cologne launched a two-year model project to allow Muslim communities to perform the call to prayer, there has been much heated public debate on the issue ... END_OF_DOCUMENT_TOKEN_TO_BE_REPLACED
Author:
Rim Najmi
Date:
Mail:
Send via mail

END_OF_DOCUMENT_TOKEN_TO_BE_REPLACED
Social media
and networks
Subscribe to our
newsletter