Juliano Mer Khamis is an Israeli actor and director. His father was a Palestinian, his mother a Jew. Igal Avidan spoke with him about political radicalism, the traumas of Palestinian youths, about his most recent film and his "Freedom Theatre" project 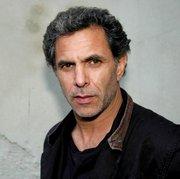 ​​Juliano Mer Khamis is an Israeli actor and director. His father Saliba was a Palestinian, his mother Arna a Jew. At the beginning of the first Intifadah in 1987, she founded four homes for children in the Jenin refugee camp on the West Bank. In recognition of this project, in 1993 Arna was awarded the alternative Nobel Prize, the Right Livelihood Award, in Stockholm. She then used the award money to build the "Stone Theatre". After her death in 1995, Juliano Mer Khamis continued to direct his mother's theatre, which was destroyed during the second Intifadah in 2002. He then opened his own theatre, the "Freedom Theatre" in February 2006.

What led to the creation of the film "Arna's Children"?

Juliano Mer Khamis: During the 1990s, I shot amateur footage of my mother's "Care and Learning" project. This short film helped us collect donations and expand our archives. Later the producer Osnat Trabelsi and I decided to make a film about my mother's life. Unfortunately, on the same day in 1994 that I heard the New Israeli Film Fund would support the production, I was told that my mother only had a year to live. As a result, it became a film about her illness instead of about her activism.

Since I was caring for her at the time, I lost all objectivity and couldn't make the film. After talking with my former theatre students in 2001, I sensed that something disastrous was about to happen, especially to Yussef. I bought a camera and rushed out to the camp, but I missed Yussef. He was already on the way to a suicide attack in Israel.

In May 2002, you experienced the final days of fighting in the Jenin refugee camp. You lived for four months together with the Palestinian militias who used to be "Arna's children" and were now fighting Israeli soldiers. How dangerous was this for you?

Mer Khamis: The fighters didn't want to involve me in combat situations because they knew that I didn't want to carry a weapon. Nevertheless, I was afraid of finding myself together with them in an apartment suddenly surrounded by an Israeli special unit. What should I do in such a situation? Should I shout: 'I'm a Jew!' and come out with my hands up, leaving my friends behind to die? Should I take up arms and fight with them? What should I do?

What was your objective in making this film?

Mer Khamis: I wanted to challenge Israeli propaganda that demonizes and dehumanizes Palestinians. Since I knew that I had an unusual suicide attack story, I built my film around it. The questions that I try to answer in the film are why Yussef chose a suicide mission, why Ashraf joined the armed struggle, and why Majdi decided not to fight at all.

You've been a well-known actor in Israel for years. At the same time, as a political activist you are vehemently fighting to end the Israeli occupation. You recently said that you now refuse to work in Israel as an artist. Why are you completely taking sides with the Palestinians?

Mer Khamis: I've chosen the side of justice, not a nationality or religion. Politically-speaking, I am Palestinian. I'm fighting alongside the Palestinians, but only up to a certain point. I'm not exactly thrilled with the idea of founding a new state with additional police

The "Freedom Theatre" was established, Mer Khamis explains, in order to "give these children a bit of life, a bit of normalcy, to give them a place where they can feel free"

​​and military. I'm not a good Jew who helps the poor Arabs. The Palestinian struggle for liberation is our struggle as Israelis. We share a common future.

As a Jewish Israeli, Zionism is my enemy as much as it is theirs. This conflict is fuelled by Zionist colonialism. We can only free ourselves by ending the occupation, on the West Bank as well as in Haifa and Nazareth.

Do you advocate a joint state for Jews and Arabs?

Mer Khamis: Yes, I support a bi-national state. The only alternative is the fascist apartheid system that is currently emerging. It is actually no longer possible to separate the two peoples, although the Israelis are doing everything in their power to achieve this through the fence and the wall.

The "Freedom Theatre" was opened in February. What do you hope to achieve?

Mer Khamis: The idea is to give these children a bit of life, a bit of normalcy, to give them a place where they can feel free. That's why it's called the "Freedom Theatre." In addition to feeling free of the occupation, they should feel liberated of their parents, religion, and daily social oppression. The children of the refugee camps only have violent contacts: with their parents, with the soldiers, and among each other. This society is oppressed, shut off, starved.

Given the circumstances, are people in the Jenin refugee interested in theatre?

Mer Khamis: Yes, very much so; they're very enthusiastic. Our main concern is not to create a theatre ensemble, although we would like that. They should not only feel free of the occupation, but also of their parents, religion, traditions, and the daily social oppression that has nothing to do with the occupation. All activities focus on healing the enormous human suffering that the Israelis have caused. The children have memory and concentration difficulties, and are motorically disabled.

11- and 12-year-olds still pee in their pants, others have problems abstracting, some stutter or can't make a complete sentence. This is a handicapped generation whose impairments first have to be diminished so that they can express themselves in some artistic form in the foreseeable future.

What similarities and differences exist between the "Stone Theatre" founded by your mother – the name refers to how Palestinian children threw stones at Israeli soldiers during the first Intifadah – and your Freedom Theatre?

Mer Khamis: We both see theatre primarily as a means of political struggle. By working on the stage, the children gain strength, become more self-confident, and learn. We hope that these children will have the strength to resist the Israeli occupation.

The main differences lie not in the actual theatres themselves but in their surroundings. Back in my mother's day and age, the discourse was more peaceful; religion hardly played a role. Today the theatre finds itself surrounded by a milieu that is religious, nationalistic, and violent. The Freedom Theatre is not only free of the occupation, but also of tradition, religion, and the patriarchal and social hierarchy that oppresses these children.

To what extent does the children's current situation in the Jenin refugee camp during the second Intifadah differ from the first Intifadah?

Mer Khamis: The children of the Stone Theatre were the heroes of the first Intifadah. They made headlines around the world and also played an economic role. Most fathers were arrested during the insurrection. So the children became the breadwinners, ​​
running small shops or working at the market. But the children play no role in this armed Intifadah, neither as fighters nor economically because the Palestinian economy is collapsing.

As a result, they cannot help their families and have become a heavy burden. They have been reduced to punching bags and servants. A soldier hits the child, just like his father, his brother, his mother. Every day he is exposed to violence, stress, and poverty.

An Israeli critic wrote about your film: "When the tanks come, they are no longer Arna's children, but rather the children of Palestine." To what extent has hope died with the death of your mother in 1995?

Mer Khamis: Hope lives on in Jenin. Perhaps it was precisely Arna's death that brought it to life. Sometimes the dead are more powerful than the living. Zakaria Zubeidi (number one on Israel's most wanted list and commander of the local Jenin al-Aksa Martyrs Brigade, the armed wing of the Fatah Party, I.A.) who leads this movement is a product of this discourse, which has been left to us after Arna's death.

Otherwise we could not have created the Freedom Theatre. There is considerable resistance in the refugee camps to any cooperation with Israelis or Jews because Israel uses our project to show that cultural activities are possible there. They destroy all other institutions in Jenin, but don't touch our Freedom Theatre because Jews work there.

In late February, you inaugurated the Freedom Theatre. How well is this institution able to function?

Mer Khamis: We have two theatre groups that are starting psycho-drama courses, two groups a week. Every day we do one and a half hours of theatre work that we call the "theatre of the oppressed." We have a computer centre so the children can publish a newspaper and create a website. In January 2007, we will open the music room and a large library.

We are currently treating 200 children a week in rotating groups of 20. Those are the therapeutic aspects of the project. In addition, on 22 December a theatre hall with 180 seats will be inaugurated, where there will be regular performances for adults and children, and hopefully someday productions by the Freedom Theatre. We are also planning a small cinema.

And who works in this theatre in a sealed-off city on the West Bank?

Mer Khamis: The coaches all come from Jenin and the surrounding area – painters, artists, and computer experts. In January 2007, the first foreign volunteers will arrive, a director and a dancer. In Germany an initiative has been launched to send volunteers for art projects who do not require a working knowledge of Arabic. Later we may hire an interpreter. We have big dreams.

Muhammad Bakri
A Palestinian's Career in Film
The Palestinian actor and director Muhammad Bakri is well-known internationally. This year he received a Silver Leopard for best actor at the film festival in Locarno for his role in Saverio Costanzo's film "Private." A portrait by Amin Farzanefar