A Dark Chapter in Pakistan's History

Kamila Shamsie is one of a number of young Pakistani authors who are writing about the military dictatorship of Zia al-Haq in the 1980s. She explained to Claudia Kramatschek why this decade was the prelude for 9/11 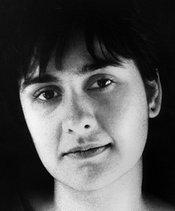 "In the last few years it has become increasingly impossible to talk about what is happening in Pakistan without talking about Afghanistan and America." The Pakistani writer Kamila Shamsie

​​Burned Shadows is the first novel in which you not only focus on Karachi or Pakistan, but also turn your attention to the wider world. The novel starts with the dropping of the atomic bomb on Nagasaki in 1945, shifts to Pakistan during the war in Afghanistan, and ends in Guantánamo in 2002. What links these places, these eras?

Kamila Shamsie: Initially, I wanted to spend most of the novel writing about India and Pakistan and their nuclear face. So I thought I would have a very short section based in Nagasaki and then have it all in Pakistan. But as soon as I started researching in Nagasaki, I became interested in other stories and so there was this sense of opening up.

The other thing is that in the last few years it has become increasingly impossible to talk about what is happening in Pakistan without talking about Afghanistan and America. So I still think of it as a book that is about how Pakistan's history has become entwined with the history of so many other nations. In Pakistan we feel very strongly that a certain kind of history didn't start on 9/11. It started in Afghanistan in the 1980s and carried on from there; 9/11 was part of that history.

In your novel we look at history through the eyes of two closely linked families: one of Pakistani-Japanese origin, the other Anglo-American. Is this constellation a symbolic one that reflects the imbalance of power between two colliding worlds? 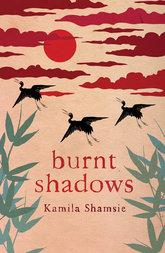 ​​Shamsie: To me, it is not only England and America. Pakistan, which is by no means a superpower, is also very accountable for what happened in Afghanistan and has played a very dirty game. I hope that those sections of the book that are set in the 1980s show the extent to which the Pakistani government and the ISI were very, very happy to take America's money and act for their own benefit. So it is not only about superpowers but about what nations are willing to do to other nations in the name of freedom and justice.

The novel is full of small incidents that demonstrate how racism or nationalism is used to divide people. Religion also seems to play a major role in this novel.

Shamsie: One thing that is interesting about religion is that it is not really about what anyone might believe in terms of their religion, but about how others see you. What you believe becomes irrelevant. That religious identity defines you at certain times – and the post 9/11 era has certainly been one of these times. It is hard to be a Muslim in a post-9/11 world and not be aware of "Muslimness". And it has nothing to do with Islam, in a sense, or whether you believe anything in the Koran, or whether you fast or pray.

Genesis of destruction: According to Kamila Shamsie 9/11 can be traced back to the CIA-financed mujaheddin struggle against the Soviet Union

​​You get asked: are you a Muslim? Yes! And you hear all kinds of things being said about Muslims. And you start to feel yourself being Muslim in a way you never felt before. People will say: So what is it about Islam that makes people turn to violence? And so, on the one hand, there is the assumption that this religion is deranged and on the other, there is the assumption that you must speak up for it. Both of these situations are uncomfortable.

Raza, the dominant figure in the second half of the novel, symbolises the tragedy of what it means to be a Muslim nowadays. He is suspected of being a terrorist and never manages to get rid of this suspicion. Is this book a post-9/11 novel?

Shamsie: To me it is a novel about how we can't draw a line between the post-9/11 and the pre-9/11 world. There is an expression that you hear a lot in the States about "those planes of 9/11" and how they came out of the blue. That became a kind of metaphor – as if no-one knew how it happened, where they came from. And I always think that people should have been aware – not how it happened, but that there were groups of people who regarded America as their enemy, wanted to destroy it. And you can trace it back very clearly to what happened in Afghanistan in the 1980s. 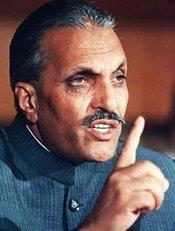 "The most damaging decade in Pakistan's history": Muhammad Zia-ul-Haq ruled Pakistan from 1977 to 1988

There is a real explosion of Pakistani writers in the English language at the moment. And all of you – Uzma Aslam Khan, Mohsin Hamid, Nadeem Aslam or Mohammed Hanif – are looking back in time to the 1980s in your latest books ...

Shamsie: The years when Zia al-Haq was our military dictator, i.e. from 1977 to 1988, are now widely acknowledged to be the most damaging decade in Pakistan's history. And we are still seeing the repercussions of that. You can trace the growing influence of the military to that era. You can trace Pakistan's involvement in Afghanistan to that era.

We are now witnessing the fruits of this era: the Taliban are assuming power in some parts of the country, there is another war in Afghanistan, relations with Afghanistan are more fraught. And because there was strict censorship in those years, Pakistanis could not read that much about what was going on. What you did hear was through stories people were telling each other.

Reviving the dormant concept of militant Jihad: mujahideen in Afghanistan in the 1980s

​​We are all General Zia's generation, all the writers you mentioned. I was four when he came to power and 14 when he died. He was my childhood, he was the Pakistan I grew up in. So I think for all of us there is a real interest in looking at how we got here. How did the nation get to this point? And we see the large figure of Zia and want to go back and look at those years.

How would you describe the current situation in Pakistan?

Shamsie: Pakistan is a very troubled state right now, but it is not a failed state. There is a very big difference between the two. A troubled state can pull itself up in certain ways, whereas a failed state is the end of the story. There are still things that work in Pakistan. There are functioning institutions; cultural life goes on. In many ways there is more of a buzz now then there was in the past.

In the last few years there has been a real media explosion. Now you have dozens of television channels. The most popular TV programmes are panel discussions where people discuss political events. And for the first time in Pakistan's history, because you have all these shows, it means that politicians have to sit there and face interviewers and we get to see them and hear what they are saying.

Do you think there is a danger of the country being "Talibanized"?

Shamsie: This is very much the suspicion of the West. In Pakistan I don't think anyone has ever seriously worried about Talibanization. The worry is not that the Taliban could take over nuclear installations; the worry is that suicide bombers could cause havoc in the country. They can make life very difficult and very dangerous for inhabitants. In the last couple of years there has been such a rise in suicide bombings in the country, and I think, unfortunately, this is something we will have to live with for a while.

Kamila Shamsie comes from a female line of writers and was born in Karachi, Pakistan, in 1973. She studied in the United States and now divides her time between London and Karachi. Burned Shadows, which was short-listed for the Orange Prize for Fiction 2009, is her fifth novel. She began her literary career in 1996 with In the City by the Sea, which won the Prime Minister's Award of Pakistan. Her novels have been translated into more than 20 languages.

END_OF_DOCUMENT_TOKEN_TO_BE_REPLACED
Social media
and networks
Subscribe to our
newsletter