He is the hereditary imam of Shiite Ismaili Muslims – and known for his development network and wealth. But Karim Aga Khan is also well-versed in architecture. Philip Jodidio spoke with him 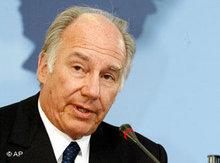 Karim Aga Khan: "I have always tried to keep in mind the environment in which the building will exist. I personally don't like decontextualization"

​​How did you become interested in architecture so early on?

Karim Aga Khan: I traveled a lot between the years 1957 and 1967. During my travels I encountered a form of poverty that I had not known before. Anyone who visited the slums of Karachi, the mountains in Karakoram, or even the suburbs of Bombay or Calcutta in 1957 saw an indescribable poverty, which was visible foremost in people's living conditions. My interest in architecture focused therefore on the question of how to improve the quality of life among the poorest of the poor.

How did you want to achieve this?

Aga Khan: Back then building was all about realizing the highest possible profit for investments – whether in a school, a hospital, or an apartment. But my attitude towards building projects changed completely. While consumer societies can build something and then tear it down, poor societies cannot afford to do this. And architecture is the only art which directly reflects poverty. Music and literature do not reflect poverty in a comprehensible manner. Architecture, however, inevitably shows quality of life or the absence thereof. 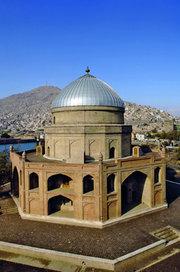 The late 18th century mausoleum of Timur Shah Durrani, Shah of Afghanistan. The building was recently reconstruced with the aid of the Aga Khan Trust

​​In the 1950s you had the Aga Khan School built in Nairobi.

Aga Khan: What was difficult back then was considering further development. If you built a hospital in 1958, what would happen to it twenty or thirty years later? Many things were foreseeable, others were not. Foreseeable was only the worsening of the destitution.

You personally visited the construction sites...

Aga Khan: The Imamate was responsible for most of what was being built there. So I went and saw what was happening there. You learn a lot about poverty when you see how the people in these countries live – and when you speak with them. You don't learn that in books.

If you were to name a building that had influenced you the most, which would it be?

Aga Khan: I couldn't name an individual architect, but I have worked a lot with architects who have specialized in "programmatic" buildings, as I would call them, that is, buildings such as hospitals and universities. It was hardly possible to work very closely together with them, because too many projects were being built at the same time. In response to the question about which buildings have impressed me, I would say the Ahmad-Ibn-Tulun Mosque in Cairo is one example. It is unbelievably plain, yet no building is more impressive. 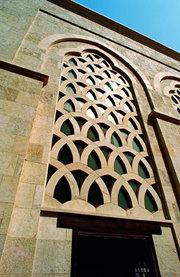 Modern Islamic Art: The entrance of the congregation hall of the Ismaili Muslims in Dubai

​​In the 1960s you built your Costa Smeralda Resort on Sardinia. Do you draw a clear dividing line between this project and the architecture you dealt with as Imam?

Aga Khan: On the one hand, yes, on the other hand, no. If you build on private initiative, you are looking for economic profits. Schools and hospitals, on the other hand, at least ours, are non-profit projects. As a rule, these buildings are not constructed in order to obtain a maximum of profit. My building projects have one thing in common: I have always tried to keep in mind the environment in which the building will exist. I personally do not like "decontextualization."

How do you understand the term?

Aga Khan: I don't like it when an architect seeks conflict with nature. It is not appropriate. On Sardinia we had the unusual situation that there was no housing at all at the time. The only people in the area were shepherds, who kept their herds there in the summer. One green pasture. And everything in this area was small: the mountains, the vegetation, even the people. If skyscrapers had been built in this environment, the outcome would have been an absolute disaster.

It seems as if your projects clearly changed when you built the Aga Kahn University in Karachi at the beginning of the 1970s.

Aga Khan: The search for suitable architects was very time-consuming back then. We couldn't find anyone who was experienced in building universities, and in the Islamic world. So we had a competition. The Boston architecture agency Tom Payette followed our request and undertook numerous trips to explore the architectural diversity of the Islamic world.

Many of the buildings that Tom Payette's people studied were ecclesiastical buildings. In your view, does architecture have religious expression – even with buildings such as the Aga Khan University? 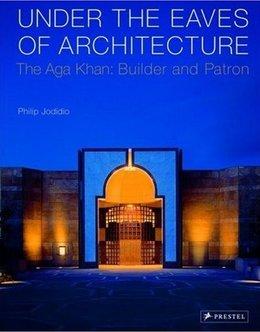 Cover of "Under the Eaves of Architecture"

​​Aga Khan: In Islamic architecture you can often sense a spirituality – not only in buildings that serve as houses of worship. There is an explicit reference in the Koran between architecture and references to the afterlife. Buildings make a statement on the value of the environment. Sensory impressions also play a role: fragrances, sounds, music or water. The Azhar Park is a good example of this. Many visitors to this Cairo park can feel its spirituality.

Many of the projects selected for your prize, the Aga Khan Award for Architecture, value the well-being of the people. Is it at all concerned with architecture as it is understood in the West?

Aga Khan: Yes, it's true. The award was created to honor quality of life. In fact, we see this as a moral obligation. Most buildings in developing countries cannot be measured with Western standards.

Recently you finished a new Ismaelite center in Dubai. It is the opposite of the skyscraper architecture that is currently popular there. Did you want to make a statement with it?

Aga Khan: The building boom there has purely economic grounds and does not concern religious buildings. What I build should be oriented on human standards. The debate about the highest building in the world has to do with ambition, vanity, and pride, or whatever you want to call it. These motives play no role in our value system.

You have given two contracts to Japanese star architect Fumihiko Maki – the delegation building of the Ismaelite Imamate in Ottawa and the Aga Khan Museum in Toronto. For your conditions a surprising decision.

Aga Khan: Maki was the obvious choice, for a specialty of Japanese architects is to combine cultural legacy with modernity. I can say to Maki: I would like this building to incorporate the value system of the past, but don't design it so esoterically that the effect is overwhelming.

"Under the Eaves of Architecture. The Aga Khan: Builder and Patron." Prestel Verlag, Munich, 59 euros. Translated from English by Martin Wittmann.

Rasem Badran's Architecture
Building in Context
An architecture exhibition in Germany shows works by Rasem Badran, one of the most influential architects in the Arab world. Youssef Hijazi introduces the artist

Zaha Hadid
Building Things the World Has Never Seen Before
Having been awarded the Pritzker Architecture Prize in 2004, Zaha Hadid is currently at the zenith of her success. Melanie Weidemüller met the star architect, artist, and diva at a press conference in London

END_OF_DOCUMENT_TOKEN_TO_BE_REPLACED
Social media
and networks
Subscribe to our
newsletter