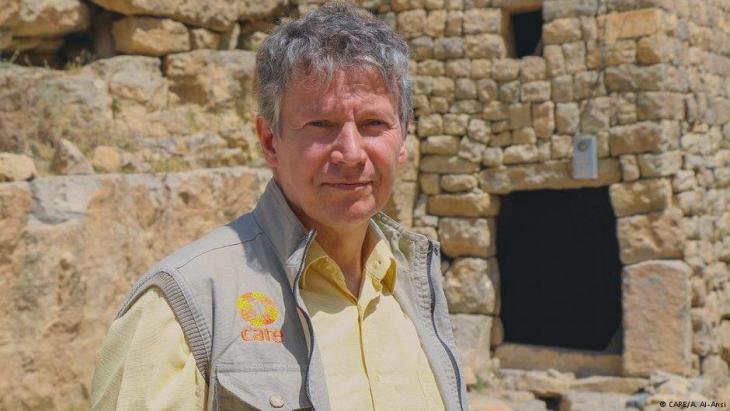 Interview with Karl-Otto Zentel, General Secretary of CARE Deutschland
Yemen – what is the world waiting for?

With the latest round of peace talks aimed at ending the war in Yemen underway in Sweden, Karl-Otto Zentel, General Secretary of CARE Deutschland, gives his own assessment of the civil war and the chances for peace. Interview by Carsten Gruen

How likely is a successful outcome to the Yemen peace talks in Stockholm?

Karl-Otto Zentel: For the first time since 2016, the parties involved in the conflict have agreed to hold talks. That alone is the first success. Peace always requires a first step, something both parties have repeatedly refused to take over the past two years. If these talks do not lead to improved conditions for the people of Yemen, however, they will have failed.

How do you assess the role of arms manufacturers, such as Germany's Rheinmetall, which have been supplying the warring parties with weapons?

Zentel: We readily welcomed the halt of arms exports to Saudi Arabia. We were, however, extremely disappointed to learn subsequently that it would only apply for two months.

It is a matter of clear policy: that is the role of politics and not that of a single company. And the situation remains that if there is peace in Yemen, weapons will no longer be used. This must be the ultimate objective.

What role should the German government be playing?

Zentel: The government should do what it agreed to in the coalition agreement: commit to no arms exports to parties active in the Yemen conflict. For us, this promise was unequivocal. The excuses surrounding any new [export] approvals need to be understood as a direct contradiction of the agreement. 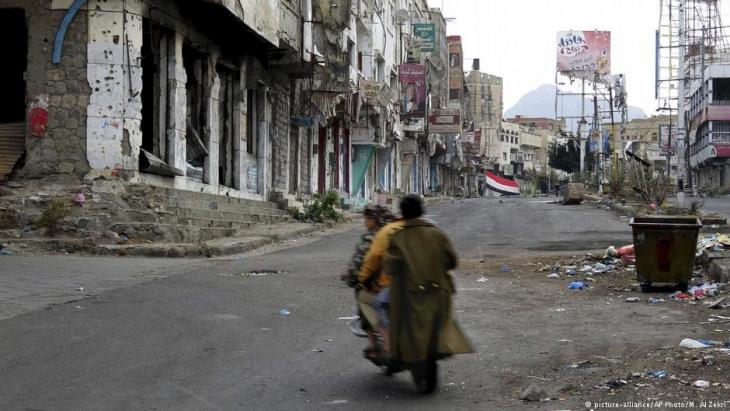 What began four years ago as a civil war in Yemen has now become a war of proxy and intervention, especially between the Middle Eastern powers Saudi Arabia and Iran. About 10,000 people have been killed so far. Half of Yemen's 28 million inhabitants face famine. Thousands more people are trying to flee. Peace talks between the government and the Houthi rebels have repeatedly failed

As always in wars such as these, there is also disease. What health problems are people suffering from the most?

Zentel: On the one hand, they are simply starving. When I was in Yemen recently, many women told me that they are eating less to ensure their children survive. In addition, there is forced migration from cities like Hodeidah, which are in the thick of the conflict: families are fleeing to the countryside to live in makeshift shelters, where they are then at the mercy of the weather.

I saw many children with eczema, not to mention diarrhoeal diseases owing to the poor water supply. This is also one of the main reasons for the renewed rise in cholera.

And one more thing which is often overlooked: many people with chronic illnesses such as diabetes or cancer no longer have any chance of survival. Hospitals are overcrowded and undersupplied; medical evacuation is not possible because the airports are closed to civilian traffic. And, due to the collapse in the health service, there are hardly any vaccinations left. Because of this, polio and diphtheria are on the rise.

Yemen has little agricultural land. How does this affect the supply situation?

Zentel: It has dramatic consequences. Yemen depends on imports for 90 percent of its food. Ergo, if the main ports are not fully accessible and the unloading of ships is hampered by fighting, not enough food can enter the country.

What role does the international community need to play in resolving the conflict? Has it failed to recognise the magnitude of the catastrophe?

Zentel: It is more a question of willingness. The United Nations has repeatedly used drastic language to emphasise that Yemen is currently the biggest humanitarian disaster in the world. Recently the photo of the emaciated girl in The New York Times went around the world. Today, a current report was published stating that 65,000 people in the country are so acutely starving that the criteria for famine have been met.

There are an inconceivable 20 million people on the brink of starvation. One is left wondering what the world is waiting for — and how bad do things need to get in order to increase the pressure. Yemenis are not fleeing to Europe, with most of the population are seeking security in their own country. That could explain the lack of interest to some extent; perhaps we have to acknowledge that.

Should the pressure on Saudi Arabia be increased? And what would that entail?

Zentel: This is not about individual actors: the situation in Yemen is complex and the longer the conflict lasts, the more fragmented the fronts become. Therefore, we have to act quickly and consistently. Yemen needs an inclusive and comprehensive peace process that involves everyone; otherwise, an agreement – no matter how difficult to reach – will not hold. In order to reunite a population after such a conflict, everyone must be at the table, including the countryʹs women, who make up half of the population and must be represented.

One year ago the Taliban returned to power, seizing Kabul; the U.S. and its allies made a panicked exit from the country. Of all the books written on the subject, four stand out ... END_OF_DOCUMENT_TOKEN_TO_BE_REPLACED

In "Iran. Die Freiheit ist weiblich", journalist Golineh Atai describes the dogged resistance of courageous Iranian women against the Islamic Republic and the mullahs who have ... END_OF_DOCUMENT_TOKEN_TO_BE_REPLACED

Unflattering terms were used at a German Football Association human rights congress aimed at "intensifying the discussion" ahead of the World Cup. One speaker in particular made ... END_OF_DOCUMENT_TOKEN_TO_BE_REPLACED

Egyptian authorities have Mada Masr in their sights once again after critical reporting. But the editor of the country's last independent news source is adamant they will continue ... END_OF_DOCUMENT_TOKEN_TO_BE_REPLACED

Like Christianity, Europe's history is one of migration. Both have strong roots in the Orient and in cultures thousands of years old. Cultural historian Bernhard Braun invites us ... END_OF_DOCUMENT_TOKEN_TO_BE_REPLACED
Author:
Carsten Gruen
Date:
Mail:
Send via mail

END_OF_DOCUMENT_TOKEN_TO_BE_REPLACED
Social media
and networks
Subscribe to our
newsletter