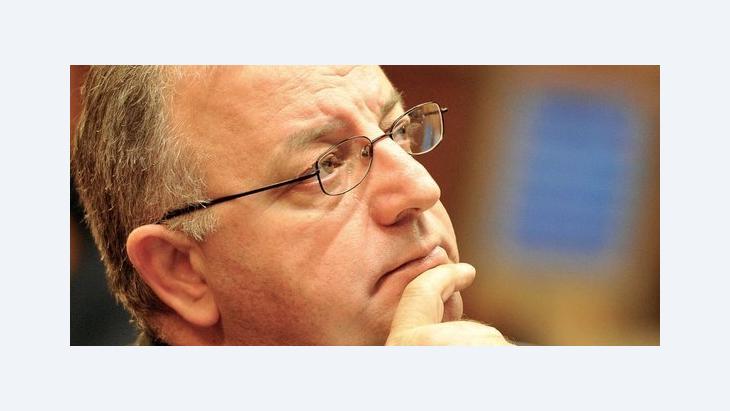 ﻿The failure of Germany's domestic intelligence agency to halt the activities of a neo-Nazi terror cell and recent revelations about the destruction of key files have led to accusations of institutional racism. Kenan Kolat, the head of the Türkische Gemeinde in Deutschland (the Turkish Community in Germany), an advocacy group representing the interests of Turkish people in Germany, says faith in the country's security organs has hit rock bottom. Samira Sammer spoke to him.

How is Germany's Turkish community reacting to the findings of a probe into the NSU terrorist organization?

Kenan Kolat: People are disgusted that key evidence in the case of 10 murders could be destroyed by an intelligence agency employee.

This fact stokes the suspicion that the intelligence agency, the Federal Office for the Protection of the Constitution, was involved in the murders of the 10 migrants. The shredding of important files is proof that the agency has something to hide; this is the widely-held view of many Turks in Germany. The security authority has not only failed through negligence, it has also demonstrated a racist and discriminatory stance by suggesting that the victims were themselves members of criminal gangs.

What impact are these allegations having on relations between migrants and Germany?

Kolat: They are shattering the faith of Turks living here in the German constitutional state. According to the outcome of a poll carried out by researchers from Hacettepe University in Ankara, two-thirds of Turks living in Germany believe that German state security bodies were involved in the murders, either through tacit acceptance of the killings or by covering up the activities of xenophobic groups. According to this survey, as many as 75 per cent of those polled fear further right-wing attacks on Turks or other migrants. 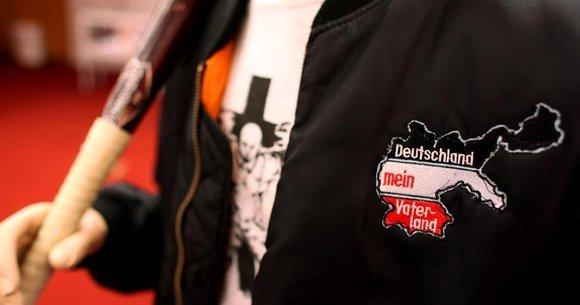 ﻿The confidence of Turkish migrants in German security organs has hit rock bottom. And if I'm absolutely honest, I've also lost my faith in the intelligence agency, I'd even go as far as to say I'm afraid of it and its employees. This case makes a farce of our democratic system.

Is the resignation of intelligence agency chief Heinz Fromm a few days ago the right way to address shortcomings within the security service?

Kolat: The president of the Federal Office for the Protection of the Constitution had no choice but to do this. After all, he no longer had faith in his own people, who were apparently able to do exactly as they pleased. In the end, no one knew who had actually done what.

The resignation of the president of the Federal Office for the Protection of the Constitution is only the tip of the iceberg. Those who held political power during the period when the murders took place should also be held responsible. Not just Otto Schily and Günter Beckstein, who have already issued statements on the matter, but also Wolfgang Schäuble, who was federal interior minister at the time, and who – in spite of all the warnings – merged the two intelligence agency departments working on left- and right-wing terrorism, thereby weakening the fight against the right-wing scene.

Former state-level interior ministers Fritz Behrens and Volker Bouffier should also be asking themselves critical questions, because neither of them did anything to follow up evidence of right-wing criminal activity. In addition, the head of the Federal Criminal Police Office, Jörg Ziercke, should assume responsibility for the unsolved murders on behalf of his agency and not just talk in general terms about errors made by the authorities. This would represent an important step for the German constitutional state; it would send out a signal of justice to win back the trust of migrants.

But the question still remains: how could three neo-Nazis continue their murderous activities and move around the country for several years without coming to the attention of the security authorities?

Kolat: On the one hand, there are structural problems within the security authorities that have evidently prevented them from being able to work together effectively. On the other, however, this is a clear case of institutional and structural racism, which is deeply rooted in the heads of some – I am not saying all – staff at the Federal Office for the Protection of the Constitution. 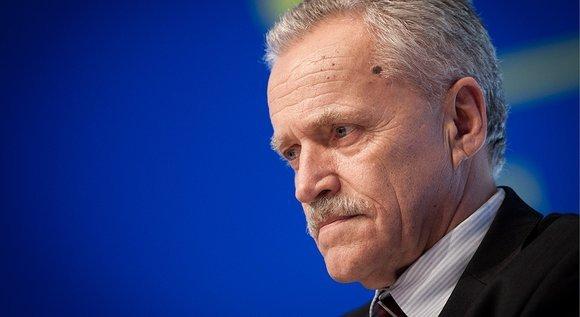 In the crossfire of public criticism: in response to his organization's failings in the investigation of the NSU, Heinz Fromm, head of the Federal Office for the Protection of the Constitution, recently announced that he would leave his post at the end of the month

﻿If victims are viewed as perpetrators and criminals, this provides an insight into the mindsets of employees. This negative image of immigrants can be ascribed to the discriminatory and negative tone of political discourse on the issue. There is an urgent need for change on a political level as well, in order to counter further discrimination against migrants, and Muslims in particular.

The German Bundesrat, the upper house of parliament, recently gave the green light to the introduction of a nationwide neo-Nazi database. Do measures such as these go far enough to effectively address the problem of right-wing terrorism in Germany?

Kolat: We need an open debate about institutional racism. If the problem is to be recognized, we have to call it by its proper name. A model for us here could be Britain, where any attack on migrants is initially treated as a racist attack and investigated accordingly.

We would also like to see the establishment of an independent office for the monitoring of racist activity in Germany. In this context, domestic policy on foreigners is a key point. Politicians need to stop pushing immigrants onto the periphery of society. Their policy approach should be anti-racist and geared towards equality and participation in order to restore the faith of Turks and other migrants in the German state.

Home
Print
Newsletter
More on this topic
Postal Threats Sent to Mosques: Solidarity in the Face of Rightwing Extremism and RacismRow over Report on Young Muslims in Germany: Easy Pickings for Headline GrabbersSocial and Educational Services for Muslims: ''We Want Participation, Not Integration''
Related Topics
Democracy and civil society, Integration in Germany, Islamophobia, Migration in Germany, NSU trial
All Topics

Giessen, Eichsfeld, Kusel, Berlin – cars bearing old German number plates are the latest trend on the streets of Cairo. Many Egyptians regard the discarded plates as chic. What ... END_OF_DOCUMENT_TOKEN_TO_BE_REPLACED

Tunisia has been going through a severe economic and political crisis in recent years. More than one in three young people there are unemployed. For many skilled, qualified and ... END_OF_DOCUMENT_TOKEN_TO_BE_REPLACED

German imams have publicly expressed their solidarity with the women of Afghanistan. In a letter of protest, the clerics say that the Taliban regime's decree barring women from ... END_OF_DOCUMENT_TOKEN_TO_BE_REPLACED

At the end of every year, the team at Qantara.de gives you a run-down of the ten most-read articles on the site over the past 12 months. Here is a quick overview of the stories ... END_OF_DOCUMENT_TOKEN_TO_BE_REPLACED

Social engagement is often motivated by religious factors. A new book explores the background to these community efforts and appraises how effective they are in helping to ... END_OF_DOCUMENT_TOKEN_TO_BE_REPLACED
Author:
Samira Sammer
Date:
Mail:
Send via mail

END_OF_DOCUMENT_TOKEN_TO_BE_REPLACED
Social media
and networks
Subscribe to our
newsletter