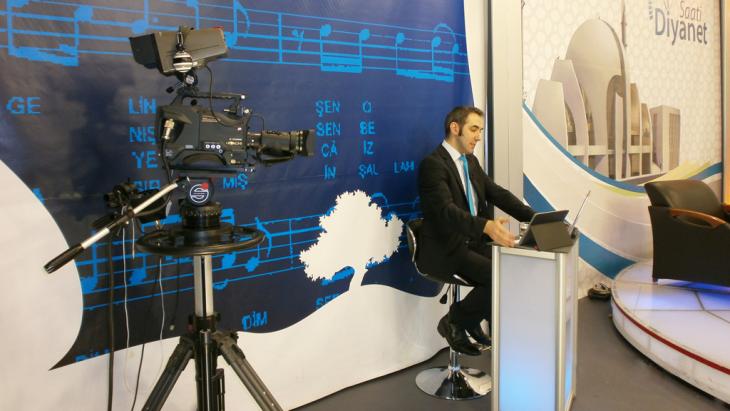 Farewell to the "Islamic Vatican"?

Mr Öktem, how does Diyanet influence mosque communities in Germany?

Kerem Öktem: We must keep in mind that this influence is not quite as direct as we might imagine, since we are speaking of an organisation that functions on two levels. On the one hand, we have Diyanet and the governing structures of DITIB and on the other, there are the mosques that are very much rooted in German everyday life.

The Turkish religious authority Diyanet appoints and remunerates imams for the mosques in the DITIB union. They are subordinate to the Turkish consulates' religious attachés. Therefore, the imams primarily represent a Turkish variety of Islamic teachings and practice. Some mosque communities adopt a more grass-roots approach, while others are more devoted to Turkey through their ties with the DITIB and Diyanet.

Does Diyanet have a direct influence on the debates in Germany?

Öktem: Not as a general rule, no. In the debate on religious circumcision, for example, the Islamic associations decided to leave it largely to Jewish organisations to express their views. The religious attachés at the Turkish consulates do not take part in internal German debates. The only people who speak on behalf of DITIB in public in Germany are people who live and work here on a long-term basis. 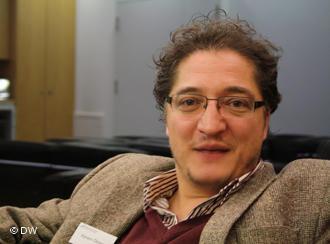 Dr Kerem Öktem teaches the Politics of the Middle East at the Oriental Institute and is a Research Fellow at the European Studies Centre, St Antony's College and an associate of Southeast European Studies at Oxford. He is currently researching the emergence of Islam as a central discursive category in European public debates

Are there any areas on which DITIB and Diyanet disagree?

Öktem: DITIB never deviates very far from Diyanet's official opinion, but their positions are certainly subject to internal debate. Diyanet's influence is of a more structural nature. Nonetheless, there is room within this structure for people who came to Germany as part of the migration of workers and who have been here for a long time. They might, for example, be imams who were originally sent to Germany by Diyanet and decided to stay here and have adapted more and more to the German context. In the public debate, these are often the voices that are heard the most.

Is the younger generation slowly loosening its ties with Diyanet, for example, through the creation of local networks such as Schura Hamburg, which includes some DITIB mosques?

Öktem: In Germany, there is basically a tense relationship between devotion to the country in which one lives and the structures that in many organisations still look to Turkey for guidance. The Schura in Hamburg, an association of city mosques, marked the creation of a new form of organisation that is increasing the pressure to localise power. DITIB also clearly appears to be very dedicated to Germany.

How has Diyanet changed under Erdogan?

Öktem: In the early 1980s, Diyanet started becoming active in Germany and also founded the DITIB union in order to wrest power from the rival organisation Milli Görüs. At the time, Milli Görüs followers were regarded as enemies of the state in Turkey, so the aim was to "bring home" Turkish communities to a Kemalist state Islam. However, under Prime Minister Erdogan's AKP government, the chasm between state Islam and Islamic movements has got smaller. In the past, DITIB and Milli Görüs were parallel organisations that did not want anything to do with each other, at least not officially. Nowadays, their relationship is much more permeable. DITIB organises large events, for example for the prophet's birthday, to which all Turkish Islamic organisations and federations are invited.

Nonetheless, would you say that Diyanet somewhat obscures Turkey's religious and ethnic diversity?

Öktem: Yes, especially as far as Alevis are concerned. In Turkish state institutions there is little space for Alevis. There are more opportunities for Kurds these days, but these networks do not offer Alevis many options. This is why, in Germany, they orient themselves more towards German society and are valued as partners by the state.

Influence that reaches far and wide: Diyanet, Turkey's state-run Directorate General for Religious Affairs, employs 100,000 people and supervises all 80,000 mosques across the country. It also appoints and pays for imams in German mosques run by its affiliate, DITIB

Will the introduction of academic chairs in Islamic theology at German universities reduce Diyanet's influence?

Öktem: In the long-term, yes. Diyanet has said on more than one occasion that the introduction of Islamic chairs in Germany would not be advisable without its co-operation. From Diyanet's point of view, there is the danger that a new form of Islam will take hold in Germany, one that is less mindful of the Turkish element. This is not in the best interest of an organisation of the Turkish state that hopes to encourage citizens in the diaspora to retain Turkish values.

But the DITIB union is represented in the advisory bodies for these theological chairs.

Öktem: Until 2012, Diyanet adopted a rather reluctant position. Nonetheless, DITIB tried to contribute to the creation of these chairs from the very beginning. Still, there are other examples around Europe where Diyanet has had a direct influence on the structuring of theological chairs. The professorship for Islamic theology in Strasbourg, for example, has been endowed with a thoroughly Turkish perspective. The majority of events are held in Turkish. The Islamic theological faculties in Germany have been able to avoid this Turkish focus. In the long run, this could lead to Diyanet and DITIB being forced to reposition themselves.

Does the German debate influence the policies of the Turkish religious authority?

Öktem: At the moment, very little. However, once Germany develops its own Islamic theology, then this will provide impetus for debates on Islam and modernity in Turkey and other Islamic countries. These will be the mid- to long-term effects once these chairs have found their place in the German academic landscape. Critical perspectives and methods from Christian theology, as well as comparative aspects of culture and religion may play a role. This will enrich Islamic theology.

How will Turkey's relationship to its diaspora change?

Öktem: The German state wants people of Turkish descent to consider themselves German in the long term; that is a key goal of integration. Of course, we must ask ourselves whether the pressure to integrate with the majority population goes hand in hand with suitable integration programmes. In this respect, Turkey's policies towards the diaspora are not welcome, as they try to encourage identification with Turkey instead. That being said, a liberal society must not deprive citizens of the chance to choose for themselves.

It is certainly a step in the right direction that the study of Islamic theology will soon be possible in Germany without the need to fall back on Turkish state institutions. Nonetheless, it may take quite a while for Islamic theology to build up enough of a profile to be influential beyond Germany's borders.

The terror attacks in Paris, Brussels and Berlin were all carried out by men radicalised in jail. In Germany, politics and the judiciary are trying out new approaches to prevent ... END_OF_DOCUMENT_TOKEN_TO_BE_REPLACED

Elke Muller is fighting for her daughter Anna, who fell in love with a young Afghan and converted to Islam. The mother spoke to Esther Felden about feeling alienated and her fear ... END_OF_DOCUMENT_TOKEN_TO_BE_REPLACED

As historian Wiiliam Dalrymple writes in his essay, scholars are only now beginning to realise the extent to which the Mughal emperors adopted what most would assume to be ... END_OF_DOCUMENT_TOKEN_TO_BE_REPLACED

There's not much to see yet, but it's clear that Cologne will be home to a new museum dedicated to migration. The government will provide funding to see the Central Museum of ... END_OF_DOCUMENT_TOKEN_TO_BE_REPLACED
Author:
Claudia Mende
Date:
Mail:
Send via mail