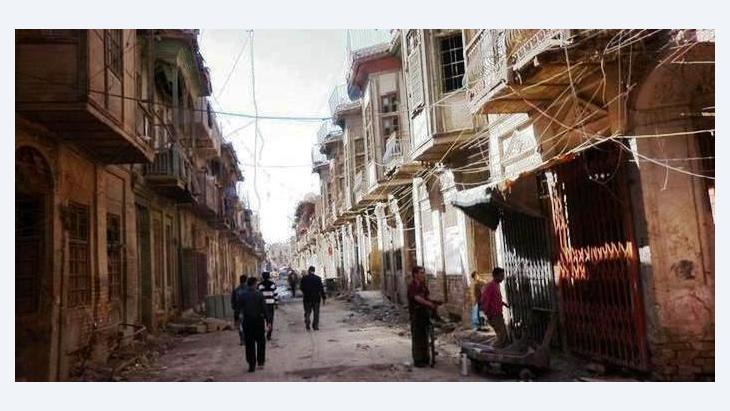 ﻿In the wake of the US withdrawal from Iraq and amid a growing internal political crisis, Karlos Zurutuza spoke to Kifah Al Jawahiri, one of the country's most respected human rights activists

What are, in your opinion, Iraq's most pressing problems in 2012?

Kifah Al-Jawahiri: Even after the Americans' pull-out we still have too many problems but most of them were also common during Saddam's times. Firstly, security throughout the country is weak but we cannot just blame al Qaeda. Iraq is overrun by armed gangs and militias of all sorts; from Islamic extremists, either Sunni or Shia, to those backed by the main political parties. In fact, there's a real fight for power among the latter by every means. Needless to say that ordinary citizens are the main victims. 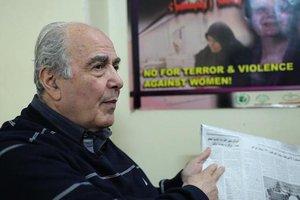 Kifah Al-Jawahiri is co-founder of the Iraqi Al-Amal Association, a non-governmental organization focused on the creation of a modern civil society

​​We have to deal with power cuts, water shortages on a daily basis. There are sewage problems and our streets still look battered and full of garbage nobody picks up. The appalling state of our most basic infrastructures adds to a rife corruption, high poverty levels and growing unemployment rates.

Hasn't the so-called Arab Spring reached your country yet?

Al-Jawahiri: People have been demonstrating for over a year, mostly on Fridays, but it's also true that things are developing at a much slower pace than in other Arab countries. We had already got rid of a dictator nine years ago so people aren't actually struggling to oust a tyrant who had remained in power for decades as was the case in other Arab countries.

On the other hand, the complex division among the Iraqi society also plays a key role. Authority in Iraq has been built on sectarian terms, and these are still way stronger than any nationalistic feeling. The government has been arresting protestors under accusations of belonging to either al Qaeda or the Baath party, which is yet another proof of the sectarian nature of today's rulers. But the truth is that most Iraqis, whether they are Shia, Sunni, Christian, are living in very dire conditions.

The Americans withdrawal in December was almost immediately followed by an arrest warrant for Iraq's Sunni vice-president, Tarek al Hashemi. How is this affecting Iraqi society?

Al-Jawahiri: The political crisis is massive and it's obviously taking its toll. It is tragic from whatever angle you approach the issue. If the country's vice president was actually involved in any sort of terrorist complot as Nouri al Maliki, Iraq's prime minister, pretends, one cannot not but wonder how such an individual was placed in that position. 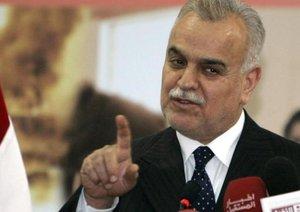 Iraq's Sunni vice-president, Tarek al Hashemi: "If he was actually involved in any sort of terrorist complot, one cannot not but wonder how such an individual was placed in that position," Jawahiri says

​​On the contrary, if al Maliki is behind a charade to get rid of a potential political rival, what kind of credibility can we give to the country's most senior officials? It's a disaster for the whole Iraqi society, yet another excuse to fuel up the sectarian violence.

However, it's clear to everybody that the old ways of achieving power are back, and it goes beyond the Sunni-Shia division. After the elections in 2010 Nouri al Maliki realized that he had a very strong political rival. Today, his party wants to monopolize power in the country and there are similar records at a regional level in the case of Basra – Iraq's southernmost region – despite their main political rivals there also being Shia.

Many analysts suggest that Iran is behind such moves.

Al-Jawahiri: Again, I'd make a clear distinction here between the government and the people. It's certainly true that Shias form a majority among Iraqis but I think only a minority of them are happy with Iran's interference in the country. It's the Shia political parties in power who are siding with Tehran.

Many of our rulers were in exile during Saddam's times and they are still in good terms with Iran. They are making a big effort to get increasingly closer to Iran, and sometimes by being even more conservative than our Persian neighbour.

The organization you lead has focused strongly on women's rights since its foundation 20 years ago. Can you brief us on the situation of Iraqi women in 2012?

Al-Jawahiri: The fact that the Ministry dealing with women affairs is called "Ministry of Women and Family Affairs" is eloquent enough of how closely women are still tied to the family, hence marginalized from other social areas. As I was telling you before, the old problems remain and women affairs are no exception. 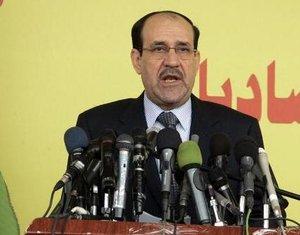 Iraq's prime minister formed close ties to Iran, but, says Jawahiri, despite the fact that Iraq is Shia-majority country, only a minority of Iraqis are happy with Iran's interference

​​Before 2003, Iraq was full of widows from the previous wars, and their number has increased after the invasion in 2003. Most of these women live in very dire conditions and they can hardly make a living with a $100 pension. Added to this, Iraqi women also face religious repression, and not only from Islam. Iraqi society is still very conservative and marginalization of the local women is mainly due to cultural reasons more than political.

Women are subjected to many violations inside their families, and not only the so-called crimes of honour. For example, girls are often forced to marry at the early age of 11 or 12. It's illegal so it leads to many legal problems which also affect their children.

What kind of work have you conducted to protect women rights?

Al-Jawahiri: The first woman to become a Minister in the whole Arab world was an Iraqi, in 1959, but today it is getting increasingly harder for women to get qualified. Accordingly, we work to develop their skills as well as to support laws to protect the rights of Iraqi women, many of which are already being enforced in the Kurdish Autonomous Region.

One of our biggest achievements was the Parliament quota thanks to which 25 percent of the MPs are female.

We're working on a new campaign in the frame of the Arab Spring which deals with personal freedoms. Some weird laws are coming to surface like a new one that refers to the dress code which is admissible for women at work. How can somebody possibly prevent women from wearing light colours at the office?

Recent efforts to rehabilitate Assad are setting a damaging precedent for accountability, just as the international community is expressing the need to hold Russia to account for ... END_OF_DOCUMENT_TOKEN_TO_BE_REPLACED

With reported hostilities against Israeli journalists and the flag of the Palestinian territories flying on the streets and in the stadiums, it is clear the World Cup in Qatar is ... END_OF_DOCUMENT_TOKEN_TO_BE_REPLACED

Past attempts to reconcile logic and belief within Islam tend to be dismissed today – not because they lack merit, but because they were politically defeated, argues Mustafa Akyol END_OF_DOCUMENT_TOKEN_TO_BE_REPLACED

When is it and when is it not acceptable to display a political banner at the World Cup in Qatar? The answer seems to depend largely on the political message, with fans ... END_OF_DOCUMENT_TOKEN_TO_BE_REPLACED

Nouara may be 65, but she is ready to join thousands of others who burn their ID and pay traffickers for the chance of a new life in Europe. Zineb Bettayeb reports END_OF_DOCUMENT_TOKEN_TO_BE_REPLACED

END_OF_DOCUMENT_TOKEN_TO_BE_REPLACED
Social media
and networks
Subscribe to our
newsletter