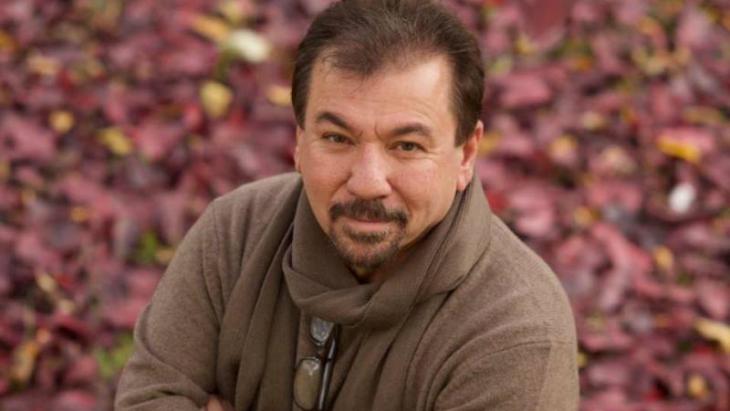 Among Kurds, Bachtyar Ali has long been a celebrated author. In Germany, he shot to fame when ″Der letzte Granatapfel″ (The Last Pomegranate) was published. Recently, "Die Stadt der weißen Musiker" (The City of White Musicians), the second of his novels to be translated into German, was released. Interview by Sonja Galler

In your essay "The myth of Paradise Europe", you write that "memory lingers in the place where it was born". You were born in Iraqi Kurdistan in 1966. Has Kurdistan remained the cradle of your memory, your artistic creativity?

Bachtyar Ali: Our memory can torture us and make us ill. Writing helps me to de-personalise my memories to a certain extent and to treat them more as the general experiences of an entire generation. In terms of thematic content, I have remained in the Orient and in Kurdistan, not only because the Orient supplies us with strong literary material, but because the people there are in danger: extremism and political hate have destroyed this part of the world. We writers and intellectuals are called upon to counter this development.

In the same essay, you write about the productive power of escape. How can you harness that power artistically?

Ali: Escape helps us to question our "normal" world order and to see a nationalist partitioning of the world – which still prevails despite globalisation – as inhuman. Escape can be a good reason to liberate ourselves more and more from nationalism. It helps us to create a new, universal world view, a world view that has nothing to do with globalisation in the economic sense. Basically, art cannot be separated from escape because art in itself is a form of escape. It is only in art that these universal values, which were born of escape, can be embodied.

You had to leave Kurdistan in the 1990s. Why did you leave and how do you feel about Kurdistan today?

Ali: I was the publisher of the philosophical magazine Azadi (Freedom). My activities as a journalist and author angered many politicians. In 1994, a bloody civil war broke out in northern Iraq (the birakuji, the violent conflict between rival Kurdish parties in Iraqi Kurdistan in the 1990s – ed.). My friends and I at the magazine were under enormous pressure. We regularly received threats from different sides; we couldn't stay in the country any longer. I admire the willpower and perseverance of the people in Kurdistan. These characteristics have helped people to survive the most appalling times. I despise all politicians, but I still have great respect for the people there. 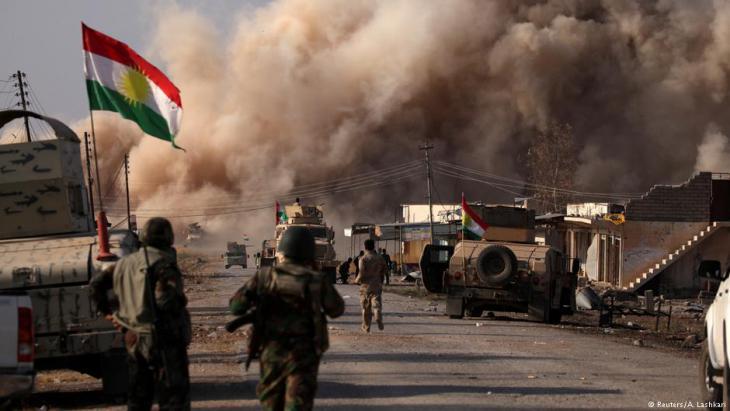 Freedom from violence, militarisation and nationalism: "in terms of thematic content, I have remained in the Orient and in Kurdistan, not only because the Orient supplies us with strong literary material, but because the people there are in danger: extremism and political hate have destroyed this part of the world. We writers and intellectuals are called upon to counter this development," says Bachtyar Ali

What made you start writing?

Ali: I write in order to break through the boundaries of reality. I write in order to liberate the meaning of freedom from political illusions. Feeling free and fighting for that freedom without actually becoming politically active has always been an objective of my work as a writer.

You have been living in Germany for more than 20 years. However, it was only in 2016 that one of your novels was translated into German. Prior to that, did the people who know you in Germany know you were an artist?

Ali: I have been known to Kurds since 1992. But until recently, I could never introduce myself here in Germany as a writer. Musicians or painters can demonstrate anywhere and at any time that they are artists. But as a writer, I only exist where my words live and breathe and take flight. In am only there where my language resonates. My language is not my nationality, it is the prerequisite for my existence as an author.

To Kurds in Iraq, Syria and Turkey, you are a highly respected writer. Do you think that Kurdish and German readers read differently?

Ali: Kurdish readers generally interpret texts in a political manner; depending on the writer's political orientation, he is seen as the devil or a prophet. That really annoys me because a text should be read without political prejudices. For their part, some European readers cannot free themselves from the image of the Arabian Nights. Oriental culture is often reduced to two dimensions, Arabian Nights and Islamism, and that has nothing to do with reality. Unfortunately, many Western readers know very little about the Orient and its history. The lack of information is always dangerous and makes communication more difficult. 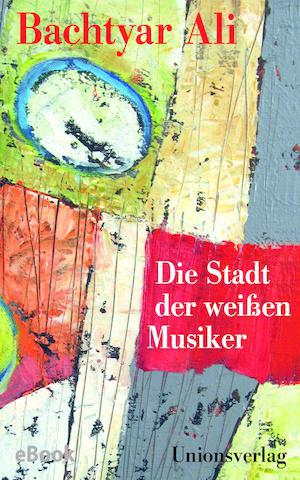 A paean to the power of story-telling: "′The City of White Musicians′ is a Kunstlerroman, a novel about literature and music, poetry and truth in the face of an inhuman world. But it is also a novel about love and justice, an epitaph for the victims of the Kurdish wars and a manifesto for the power of poetry and life," writes literary reviewer Stefan Weidner

Both of your two novels that have been translated into German were translated by a team of two translators. How did that come about?

Ali: For Peshawa Fatah and Rawez Salim, translating my texts was a great passion: a spirit of perseverance, a spirit of inexhaustible endeavour is at the root of this process. Neither of them nurtured any hope that the translation would ever be published and yet they worked tirelessly on it. In the second phase, Ute Cantera-Lang and Hans-Ulrich Muller-Schwefe came on board. They did all the editorial work. These translations were born of a belief in and a deep love of literature.

What has to happen for Kurdish-language literature to get more attention?

Ali: We need more cultural work and translations. No one will help us if we don't help ourselves. It is not enough to demonstrate on the streets and wave flags. That doesn't bring about any change for the Kurds. We have to stop casting ourselves in the role of the victim.

Looking at events in your native home, there is little to be optimistic about. Do you think there is a political solution for the Kurdish situation?

Ali: Without real democracy in the Orient, there will be no political solution for the Kurds. Dictators are not interested in a peaceful world. The military governments in the Middle East need a hate figure, and they have declared the Kurds their eternal enemy. They benefit from this situation. Fascism is associated with nationalism in the Orient. Without a victory over nationalism, there will be no radical change.

Your novel The City of White Musicians is a paean to the power of storytelling. Are you an optimist? Can art save humankind?

Ali: Art can help us to rediscover that which has been repressed. That is its great power. The Orient without resistance is unthinkable. But putting up resistance without shedding blood and spreading fear is not easy. Art is a peaceful form of resistance and salvation. I am not, of course, talking here about a Messianic salvation or a historical salvation in the Marxist sense. I am talking about salvation as a daily process: the salvation of love, values, life. Art can help to keep the ability to resist and to save alive and strong within us.

Dalia Hatuqa is an experienced journalist who has reported on the Israeli-Palestinian conflict from Ramallah, Washington DC and Amman. A writer for Time Magazine, Foreign Affairs ... END_OF_DOCUMENT_TOKEN_TO_BE_REPLACED

Since President Abdul Fattah al-Sisi seized power in Egypt in 2013, he has ruled the country with an iron fist. Civil society, opposition and free press struggle to survive. Tens ... END_OF_DOCUMENT_TOKEN_TO_BE_REPLACED

Many Turks are dissatisfied with the international status of their country. At the same time, opinion polls reveal great scepticism among the Turkish population towards the USA. ... END_OF_DOCUMENT_TOKEN_TO_BE_REPLACED

The German government is planning to legalise cannabis before the end of this legislative period. So what does Islam have to say about its consumption? Will changing the law alter ... END_OF_DOCUMENT_TOKEN_TO_BE_REPLACED

END_OF_DOCUMENT_TOKEN_TO_BE_REPLACED
Social media
and networks
Subscribe to our
newsletter