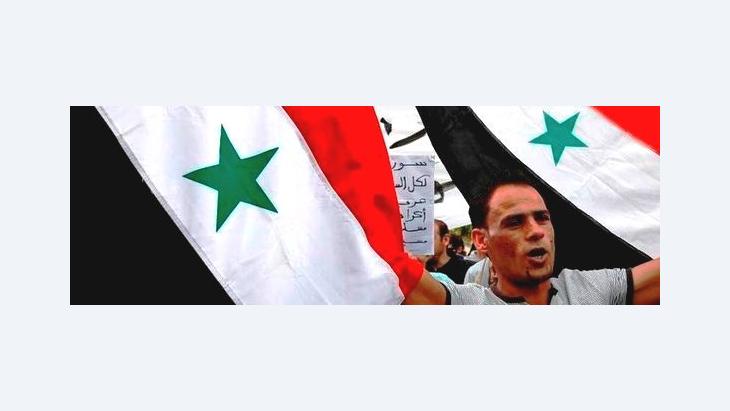 Interview with Layla Al-Zubaidi on Syria

﻿After seven months of military repression, Syria's protest movement is still bravely confronting the government of Bashar al-Assad. His despotic regime remains strong, but the opposition is not losing momentum either. In an interview with Hans Dembowski, Layla Al-Zubaidi of the Heinrich Böll Foundation assesses the situation

In view of violent oppression, why is the protest movement in Syria so enduring?

Layla Al-Zubaidi: Repression is indeed brutal. According to estimates, 3,000 to 4,000 people have been killed, and 10,000 are missing. Some 20,000 are probably under arrest. But such cruelty is in fact driving the opposition. Ever more families and tribes are affected, so more people are growing angry. Moreover, the way the armed forces operate shows that they are defending a mafia-type power arrangement, whereas Assad always pretended to promote law and order. Aggravating things, his reform proposals were always too little, too late. He simply is not credible anymore.

But that does not explain why people risk their lives during rallies month after month.

Layla Al-Zubaidi: Well, a popular saying right now goes: "Half a revolution means we're digging our graves with our own hands." People know that the regime's revenge will be terrible, if it survives. In the 1980s, Hafis al-Assad, the father of the current dictator used the military to crush an uprising of the Muslim Brotherhood in Hama. Some 20,000 were killed. 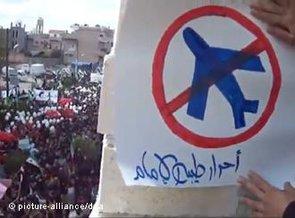 Incalculable brutality of the Baath regime: Syrian protestors demand a no fly zone be implemented as they fear Assad could order his air force to attack his own people

​​Later, all surviving activists were tracked down and eliminated. The current protest movement knows there is no turning back. It feels encouraged by growing international pressure on Assad as well as by soldiers who desert the armed forces. People think they'll either get rid of the autocrat now or never. Ben Ali, Mubarak and Gadaffi have fallen, so it is obvious that dictatorships don't have to last.

Why is the regime still so strong in spite of such a determined opposition?

Layla Al-Zubaidi: There is more than one reason: Firstly, enlike Ben Ali or Mubarak, Assad did not lose all of his popular support before the protests started. He benefited from his rhetoric against the alliance of the USA with Israel. That stance is quite popular.

Seondly, large segments of the people have still not joined the protests; they hope everything will somehow blow over. The various Christian churches, for instance, fear Islamisation, should Assad fall. The business community, on the other hand, benefited from his liberalisation policies in the past decade.

And thirdly, Assad is relying on the military. Egypt and Tunisia used to be police states, so the military could assume something of a non-partisan role. There is no such option in Syria. The generals are part of the regime.

Most Syrians are Sunni Muslims, but Assad and many military leaders belong to the Alawite Shia sect. Does that matter?

Layla Al-Zubaidi: Yes, it does, but it would be wrong to consider them an Alawite regime. Assad's father rose from a disadvantaged background. The Alawites used to be a marginalised rural community. 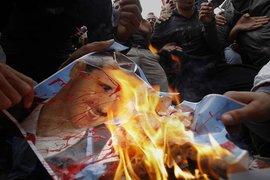 ​​The experience of gaining influence and even power has certainly caused strong bonds among Alawite leaders, but they also made efforts to involve other communities, for instance, by posing as the protector of religious minorities. They also courted the Sunni business community, which is why the regime still enjoys support in the commercial hubs of Damascus and Aleppo.

In the West, there were hopes that Assad might prove a reformer. In the March 2009 edition of Development & Cooperation, for instance, officials from the German Development Ministry wrote that Germany should support Syria's transformation to a social market economy according to the German model.

Layla Al-Zubaidi: Well, unless you introduce democracy and boost welfare programmes, the transformation to a market economy will not prove equitable in social terms. Assad cultivates a modernist image, but he was never interested in democracy. And economic liberalisation meant that corruption got worse while income disparities widened. Today, it is the impoverished strata of society and unemployed youngsters who are demonstrating in Syria's neglected provinces.

Assad cultivates a modernist image, but his most important ally is Iran, led by Shia fundamentalists. That does not seem to fit well.

Layla Al-Zubaidi: It certainly does not. But Iran and Syria also form a united front against US-Israeli hegemony, and in the eyes of many Sunni Muslims, that matters more than ideology or the Sunni-Shia divide.

At the same, the Assad regime did not let tensions with Israel escalate, so nobody was afraid of war. Syria was predictable. It is striking that, right now, both the Hizbullah in Lebanon and the Israeli government fear that Assad might be toppled. The international media now consider Syria a rogue state, but in the past, the international community saw this regime as a force for stability.

Do discussions on sanctions in the UN Security Council make any difference? 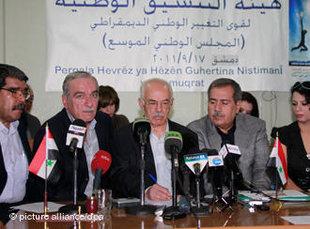 ​​Layla Al-Zubaidi: Yes, Syrians understand very well that Assad does not have many allies. But he is not isolated. Iran, Russia and China are still strong allies. After China voted against sanctions in the Security Council, some Syrians made fun of their dictator by staging "Free Tibet" rallies.

Does Turkey have a bearing on him?

Layla Al-Zubaidi: Well, Turkey certainly has less influence than Prime Minister Recep Erdogan must have hoped. His statements are becoming more rabid. Whether that has any consequences, however, is another matter. Behind the scenes, his diplomats are probably still trying to convince Assad of reforms. Turkey's government has obvious special interests. For instance, it does not want things to escalate in Syria's Kurdish region.

So far, it did not have to worry, but now it looks like unrest is spreading among Kurds too.

Layla Al-Zubaidi: There have been protests in Syria's Kurdish region for a long time. The Kurds certainly suffer from discrimination. But lately, Syria's armed forces have practiced restraint there because they did not want to fan the flames. At the same time, the Kurdish organisation PKK has tried to choke protest. Its leaders probably fear for their hegemony should the setting they operate in become more democratic. But recently Meshaal al-Tammo, a prominent Kurdish opposition leader was murdered, and now tension is growing fast.

In late September, the opposition established a Syrian National Council. This seems quite late, and the Council looks quite weak.

Layla Al-Zubaidi: Getting the National Council started was difficult because the gap between the diaspora and the opposition inside the country had to be bridged. Syria's opposition, moreover, is traditionally split into liberal, leftist and Islamist camps, which all have serious internal divisions of their own. It is a good thing that the National Council has been established. This is an opportunity to agree on a political process. To succeed, the opposition must postpone identity issues. Is Syria a Muslim nation? Or an Arab one?

The focus must not now be on questions like these. What the country needs is a transition to democracy and protection for all minorities. Otherwise, there can be no peaceful, long-term solution. And that kind of solution is what the international community should support as best it can.

Layla Al-Zubaidi heads the office of the Heinrich Böll Foundation in Beirut.

Home
Print
Newsletter
More on this topic
Uprising against the Assad Regime in Syria: What Support for the Protest Movement?Political Unrest in Syria: Risk of Kurdish Uprising Puts Regional Powers on Alert
Related Topics
All Topics
Date:
Mail:
Send via mail

END_OF_DOCUMENT_TOKEN_TO_BE_REPLACED
Social media
and networks
Subscribe to our
newsletter