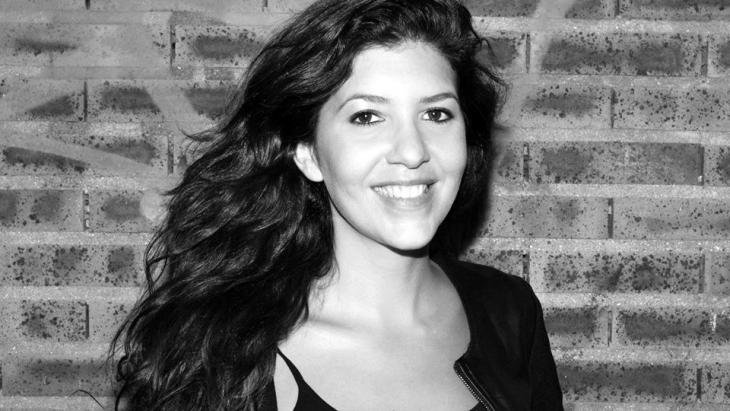 While the Moroccan art scene still suffers from censorship, the main source of new artistic stimulus is the Moroccan diaspora. Melanie Christina Mohr spoke to the Moroccan-French artist Leila Alaoui about transnational perspectives, migration and photography

Leila Alaoui, Moroccan or French – which predominates for you?

Leila Alaoui: I grew up as a French Moroccan in Morocco – but somehow I was always seen as French in Morocco and as Moroccan in France. Even if I see myself as Moroccan, I’ve never had a particularly strong need to belong somewhere. I’d say my cosmopolitan identity was shaped in New York and later intensified by my work as a "nomadic artist", through engaging with cultural diversity and questions of identity – but I do feel a very strong link to my Mediterranean identity. I divide my time between Morocco, Lebanon and France and I actually feel at home in all three countries. The only important thing for me is the ability to be mobile.

A lot of Moroccans have a very dismissive and distant reaction when someone photographs them. Why do you think that is?

Alaoui: A lot of negative experiences have given Morocco a very specific relationship to photographers, or people taking photos. The Moroccans have the feeling their culture is being used – particularly when it comes to native clothing and architecture – and the photographers are trying to turn them into their own fantasy of an exotic "other" world. That’s one reason. But superstition and witchcraft also play a role here. For example, the collective consciousness still contains the idea that cameras rob people of their souls.

You travel frequently between Lebanon and Morocco. What do you think are the similarities, but also the contrasts, between the art scenes in Beirut and Marrakesh?

Alaoui: Both cities are linked by what is probably the liveliest art scene in the Middle East and North Africa. While Marrakesh has now consciously put itself on the map, with its contemporary art biennale and its museum for photography and visual arts, in my opinion Beirut shines because of its strong contemporary institutions like the Beirut Art Center and the Ashkal Altan. Then there are some very professional, international art galleries like Sfeir-Semler, the Art Factum and Galerie Tanit. The other thing that makes Beirut stand out is all the alternative places where creatives come together, not to mention the city’s constantly growing art community, which is both local and international – a similar community is now also gradually developing in Marrakesh. New galleries like The Voice Gallery, or places set up by artists like the Al-Maquam and Riad 18 have hugely enriched the Marrakesh art scene. 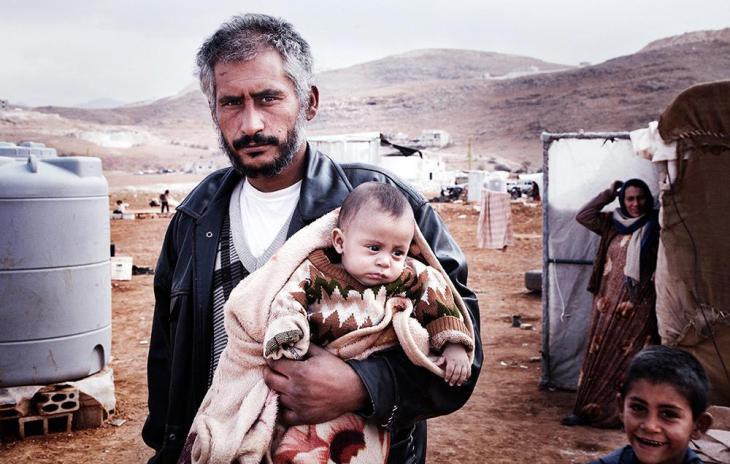 War and expulsion: in her photo project "Natreen" ("We are waiting") from 2013 Leila Alaoui documented the misery of refugee families in Lebanon

Most of the well-known contemporary Arab artists come from the diaspora and live in Europe or the States. What do you think are the fundamental differences between Moroccan artists who work across borders and those who are tied to Morocco?

Alaoui: We’ve seen just recently that the art scene in Morocco is still subject to very stringent censorship. The debate around Nabel Ayouch‘s Film "Much loved", which deals with the subject of prostitution, showed that very clearly. Looking at contemporary artists in the region – the Middle East and North Africa – there are very few from Morocco. Most of the artists whose work has a strong political message actually come from the diaspora, like Mounir Fatmi and Mohamed El Baz.

I don’t know many Moroccan artists who actually live in Morocco and take an active part in the socio-political discourse. That also has something to do with the fear of censorship. Moroccan society is undergoing a massive change. We're caught between tradition and modernity, with freedom of opinion on one side and the fear of the authorities on the other. Looking at the other nations in the region, the Moroccans are also afraid for their country's future. We choose to appear calm and to seal our eyes shut, to make absolutely sure the country retains its positive image and its peace.

And while we’re on the subject, I’m convinced that artists’ lack of engagement is rather more to do with self-censorship than with actual censorship. There are no independent art institutions that could support artists in this and enable them to become part of the social discourse. And that, in turn, hinders the artistic process. For these reasons a lot of politically engaged artists have chosen to turn elsewhere, to look for international platforms.

It strikes me that the younger generation of Moroccan exiles in particular convey a sometimes heavily romanticised vision of Morocco. What's your position on this? 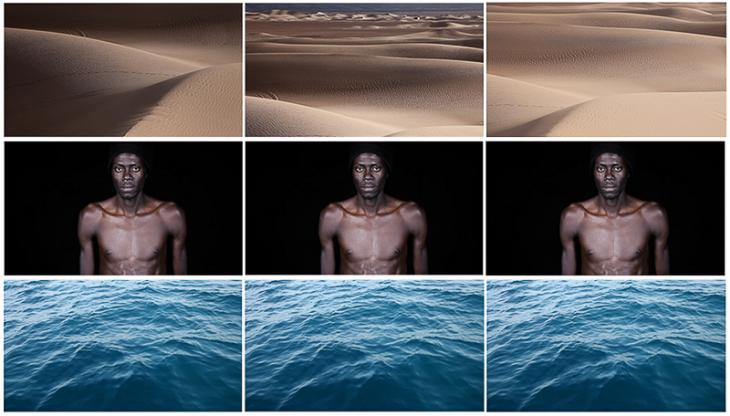 Leila Alaoui′s multi-screen project 'Crossings': "I had a heartfelt desire to realise a project that would focus on the migrants’ humanity and their dignity"

Alaoui: Life in exile always makes you romanticise your homeland. I address this very issue in one of my personal projects. It’s a mix of video installations, photography and archive documents, looking at the current reality of post-colonial migration to France. The project illuminates individual and collective memories from the first generation of migrants: by connecting these, we can better understand the problems of the generation(s) that have followed them. But I also want to draw attention to the role of immigration today, with questions of identity-formation and belonging, particularly at this time, when there is a growing fear of "foreigners/others" in European societies.

What made you start work on your latest film project, "Crossings"?

Alaoui: For a long time, Morocco was just a transit country, but now it’s a place of refuge for a lot of sub-Saharan migrants in search of a better life. Over the years, the oppression of these migrants has developed into a very contentious issue in Morocco. As a Moroccan, I was very ashamed of it and I felt somehow responsible for taking up the fight against the violent treatment of sub-Saharan migrants, who – particularly because of their illegal status – are being robbed of their human rights.

When I had decided to work on this project, I spent several months as an active observer in the migrant communities, in largely very underprivileged parts of Rabat and Tangier. At that time I was heavily involved in the work of activists, journalists and human rights organisations working to improve the situation of migrants and refugees in Morocco. This experience strengthened my resolve to make an audio-visual piece on the situation, which would share personal migration stories and reflect disturbing journeys. I had a heartfelt desire to realise a project that would focus on the migrants’ humanity and their dignity.

Born in 1982 in Paris, Leila Alaoui spent her childhood and teenage years in North Africa. She then moved to New York for eight years, where she studied film and photography. In 2008 she returned to Morocco. Since 2009 her work has formed part of international exhibitions. Most recently, her six-minute multi-screen project "Crossings", a video installation detailing the journey of sub-Saharan Africans from their homeland to Morocco, was shown at this year’s biennale in Marrakesh.

The catastrophic human rights situation in Bahrain is being largely ignored by the rest of the world. Despite all the damning evidence, which includes a Human Rights Watch report ... END_OF_DOCUMENT_TOKEN_TO_BE_REPLACED

The many terrorist attacks France has faced over the last ten years have poisoned the political discourse, especially when it comes to migration. Since 2012 a relentless stream of ... END_OF_DOCUMENT_TOKEN_TO_BE_REPLACED

Etel Adnan, the artist who transcended the borders of culture and language, may have died in Paris, writes Lebanese author Elias Khoury, yet her death holds a mirror up to the ... END_OF_DOCUMENT_TOKEN_TO_BE_REPLACED

Shot, beaten to death or drowned: a demonstration by tens of thousands of Algerians ended in the "Paris Massacre" on 17 October 1961. Sixty years on, historians and victims' ... END_OF_DOCUMENT_TOKEN_TO_BE_REPLACED

Western states have fought against terrorism not only in Afghanistan, but also in Syria and Iraq – leaving behind people who were once their partners in fear and poverty. Hisham A ... END_OF_DOCUMENT_TOKEN_TO_BE_REPLACED

END_OF_DOCUMENT_TOKEN_TO_BE_REPLACED
Social media
and networks
Subscribe to our
newsletter