With her online magazine Badjens, Tehran-based feminist activist Mahsa Shekarloo aims to provide a platform for women in Iran. But www.badjens.com also tries to deconstruct the prevalent stereotype of Iranian women in the West.

With her online magazine Badjens, Tehran-based feminist activist Mahsa Shekarloo aims to provide a platform for women in Iran. But www.badjens.com also works on deconstructing stereotypes of Iranian women in the West, who are generally portrayed as either the epitome of the passive victim or as the the relentless ultra-modern female rebel. Neither one of these clichés does justice to contemporary Iranian women, says Mahsa Shekarloo. 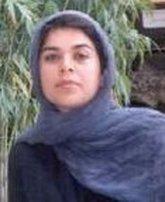 "On the one hand Iranian women are portrayed as very passive and as victims, and one the other they are breaking all the rules and social norms. So what gets lost is everything in between"

​​When did you start with Badjens and what was the main idea behind establishing a feminist online magazine in Iran?

Mahsa Shekarloo: Badjens started three years ago. Basically, I had come to Iran from the US and I wanted to see what women were doing, and I realized that they were doing a lot more than I knew, and I was very surprised how active they were. And I thought, well, if that is a surprise to me, than for sure it is a surprise to other people in the world as well.

Badjens had many goals, but one of the main goals is not only to bring information outside of Iran, but also, in a way, to help women in Iran come out of the particular kind of isolation that they are in. Another big goal was always to challenge Westerners, to challenge their assumptions.

It was, of course, also about discussing gender inequalities in Iran and discussing issues that are important to women here. On the other hand – because we had grown up in the West – we knew the prejudices and the stereotypes, so our agenda was to address that. So in a way we really had two agendas: pushing forward the women's agenda here and what women want, but then also – because we had in mind what the readership would look like – challenging them.

What exactly are these stereotypes you're talking about?

Shekarloo: For example, that the laws in Iran are so horrific, that women here are basically rendered incapable of doing anything. Because if you look at the laws on books and publications, a lot of them sound very frightening, and that's what gets discussed, and then that's it, it ends with the discussions. Or making women appear like they are always passive, like they are victims, that they just tolerate and tolerate and get beaten down and beaten down, but that's not true. There is a lot of resistance.

But they don't show examples of women's resistance or women's activities. Another example: the Taliban and their women – they're always passive; yet nobody ever really talked to an Afghani woman. But everyone claims that they know what her problem is and they feel very sorry for her. But I'm sure that their lives are far more complicated than the way they are portrayed.

And so the same thing happens with Iran: I think most Westerners, when they come to Iran, assume that Iranian women, Muslim women, are among the most oppressed women in the world – which may or may not be true. But the point is that – because they come in with that assumption – everything they see, when they're here, seems to confirm that.

Recently, since Khatami is president, a different kind of stereotype, a different image is: "the young girl with her veil pulled back and with a lot of make-up and tight clothes" – glamorizing that almost. Well, it's important what these girls are doing, that is one thing; but making it sound like it's the best social revolution to occur is something else, this is simply not the case.

And if Westerners do have positive images of Iranian women, they're always represented as these heroines. So it's these two extremes: on the one hand Iranian women are portrayed as very passive and as victims, and one the other they are just an exception, breaking all the rules and social norms. So what gets lost is everything in between.

Do you adopt writings or philosophies of Western feminist thinkers for your web magazine or do you mainly focus on feminist writings from Iran?

Shekarloo: We were very interested in postcolonial writings and very familiar with gender theory, and so you can get a sense, when you read the articles, that there is a political band, and we never claimed to be objective. My own background has been reading writings by feminist women usually of the Third world – for instance Gayatri Spivak or Leila Ahmad – because they understand this side of the world better, and a lot of their work is about opening up these representations of Middle Eastern women.

That's my background and it forms my writings. But here in Iran, I listen to what women say. There are a couple of feminist writers that I respect, and they've helped me understand a lot and I hope to incorporate that in Badjens.

Did the flourishing of Internet media in Iran stimulate or encourage Iranian feminist writers in recent times?

Shekarloo: It's been around for a while; the Internet has now given various people access to gender issues. Not a lot, but there are a couple of magazines that discussed feminism and talked about it and had debates about it. But it's selective; it's very limited, because you have to be familiar with the discourse. It's a certain class, a sector, obviously, but it's a very delicate thing here, because it is perceived as being a Western import.

And so it's always this delicate balancing act, because you could be accused of being Western. And the danger is that it won't be indigenous, it won't be native to this land. This is something that's not unique to Iran, it's in many, many places, this issue, but it’s a sensitive world – you have to be careful how to deal with it.

Do you think a kind of generation gap, a split, exists between the younger and the older generation of women in Iran?

Shekarloo: I think for sure that there is a split. There is always an obsession with modesty in Iran. There is always this obsession with being a good woman – I mean it's the same everywhere in the world – but here you can really see it. It doesn't matter if you're religious or not, or if you're upper class or lower class. The younger generation has less of an obsession with that, concerning things that were always sacred: marriage, family, being the good girl. The girls get married, but a lot of them are afraid of getting married, because they are afraid of loosing their freedom.

I think the young generation has become more sceptical, more cynical. Their mothers were not nearly as cynical or suspicious as they are, because they've really been targeted. And there is the sense that their mothers had a good time when they were younger, and the girls of the younger generation didn't have a good time. And there is some resentment among some of them that their mothers did not fight hard enough to prevent the imposition of the veil.

END_OF_DOCUMENT_TOKEN_TO_BE_REPLACED
Social media
and networks
Subscribe to our
newsletter