Interview with Malalai Joya
No Peace with Fundamentalists

In an interview with Qantara.de, the Afghan parliamentarian and civil rights activist Malalai Joya criticizes the West's military invention in the Hindu Kush, the governmental policies of Hamid Karzai and the power structures in parliament 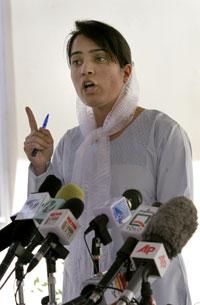 Malalai Joya: "Democracy and freedom are not a bunch of flowers that can simply be handed to a nation. They are values that can only be won back through the efforts of the people themselves!"

​​ Ms Joya, you were born in Afghanistan and lived in exile for 16 years. Since your childhood you have only known the country in a state of war, but you have nevertheless decided to return. Why?

Malalai Joya: Since my birth this country has suffered from permanent injustice and oppression. I have a very deep understanding of the suffering of my compatriots, and as an educated and politically aware woman there came a point when I saw it as my duty to help, in particular to help oppressed women.

What is causing the population to suffer most today?

Joya: The entire situation is a catastrophe. People are so insecure they don't send their children to school anymore, for fear they might be kidnapped, or the girls might be raped. We are seeing a huge increase in the number of rapes, just like the number of kidnappings and murders. Domestic violence is still driving many women to kill themselves rather than withstand the misery.

But since the intervention of the US and its allies in Afghanistan after September 11th, women have more rights in the country than they did under the Taliban. You yourself were able to stand in the elections and became a member of parliament in 2005. 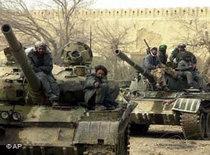 32-year-old Joya accuses the Taliban, warlords and drug smugglers of triggering a power struggle after the Soviet withdrawal from Afghanistan that has laid the country to waste

​​ Joya: I didn't become a parliamentarian because of the war. I also don't view the arrival of the Americans as a boost to my mission. The US has occupied Afghanistan in the name of the war on terror. But in fact, in working with the Northern Alliance they have helped terrorists to power who are much worse than the Taliban. My presence in parliament served only as a facade, to throw dust in the eyes of the world. Everyone was supposed to believe that peace and democracy exist in this country.

What is your view then of US President Barack Obama's decision to increase US military presence?

Joya: The eight-year occupation has made one thing clear to the population, that the United States cannot be rid of the Taliban. The Taliban have barely suffered a decisive setback. On the contrary, they are becoming even stronger, because they are also receiving support from Pakistan.

The United States simply wants to demonstrate its political power, and show its presence for regional-strategic and economic reasons. Up to now, more than 8,000 civilians have been killed by foreign troops. And this ever-increasing number of troops means yet more war, deaths and tragedies.

What would be the alternative to foreign military intervention?

Joya: There are alternatives that would be much less bloody. The first step is to disarm the former warlords and strip them of all political power. Their private militias should be completely eliminated, and they should be punished for all the war crimes they have committed in the past. 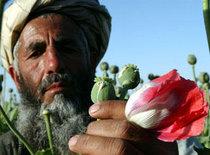 UN sources say Afghanistan is the world's number one producer of opium from poppy crops. Turnover now represents almost half of the country's entire GDP

​​ A secular, democratic and independent government should be established. As long as fundamentalist groups in the form of political and military forces have power in parliament, and as long as these groups still receive support from the West, there will be no peace.

Economic justice is another point: Afghanistan was showered with billions of dollars, but the population still goes hungry. Local industries should be built up, jobs created and alternatives to opium production found.

But the responsibility lies in the hands of the people. Democracy and freedom are not a bunch of flowers that can simply be handed to a nation. They are values that can only be won back through the efforts of the people themselves.

In your view, how would a withdrawal of foreign troops look in concrete terms? Would the warlords and the Taliban then feel unobserved and begin terrorizing the people again?

Joya: It's difficult to give details of what would happen. But I'm convinced that the situation would improve. At the moment, the occupying forces control the skies, and throw cluster bombs and uranium missiles. 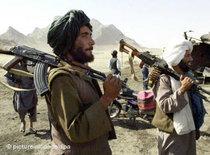 In the event of a pull-out, the population would have to deal with two major domestic opponents – the Northern Alliance and the Taliban, says Malalai Joya

​​ The ground on the other hand is controlled by fundamentalist warlords and the Taliban. In the event of a pull-out, the population would mostly have to deal with two large domestic opponents – the Northern Alliance and the Taliban.

Neither group really has a chance to seize power. The people hate the Taliban with all their hearts. As far as the Northern Alliance is concerned, in my view it is already so isolated that no one would join them now. Our people were so brutally abused by them, that there can be no support for them now.

I have even less faith in the predictions of some people that a Northern Alliance uprising would take place, or that the Taliban would again regroup and could regain its old strength.

Which policies of Hamid Karzai deserve the most criticism?

Joya: Hamid Karzai's hands are bathed in blood. He has supported notorious criminals – people who oppressed the population before the military invasion of the US, and who are now sitting in parliament. He put them in high-ranking positions. Just lately, he made Qaseem Fahim and Karim Khalili his vice presidents. Both of them were implicated in numerous crimes and murders in the period from 1992 to 1996.

Karzai is a traitor in the eyes of the people, because after he won their votes, he disappointed them. He cries crocodile tears for media effect and holds great speeches, but his empty words only serve to deceive the world. He is nothing more than a puppet of the US, whose rules he follows.

Why were you suspended as parliamentarian two years after taking up your position?

Joya: Men still make up the majority in parliament, but in spite of this my suspension was also backed by many fundamentalist women. However the former warlords in parliament control all forms of power. They control the media just as they control every individual journalist.

If anyone reports on any of their crimes, that person is either threatened or killed straightaway. So many illegalities take place. One example is the case of 14-year-old Bashira. She was raped by Haji Payinda's son. Haji Payinda is a former war criminal from the northern province and a member of parliament. He bribed the police who then let his son go free.

Have you been directly threatened by members of the government?

Joya: Yes, very frequently. Abdul Rab Sayyaf, a fundamentalist warlord in the parliament, threatened me. His commander did the same. They have insulted me on countless occasions and assaulted me in parliament. But there were also women who threatened me with death. Noorzia Atmar once said to me: "I'll do things to you that a man wouldn't even dare to do." There were times when several women represented a greater threat to me than the men in parliament.

You describe yourself as a rather shy person who had to work hard to earn respect late into puberty. How did you become a confident freedom fighter? 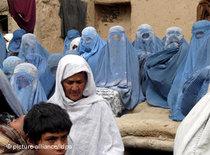 Malalai Joya is opposed to new family legislation introduced last March, which foresees a further curtailment of the rights of Shiite women in Afghanistan

​​ Joya: I really only became more assertive during my youth, after teaching children, young people and older people during my years in exile. It was then that I realized that with few means at my disposal, I can achieve good things. I have faith that values such as peace, democracy and justice will eventually prevail. The suffering of my people has given me the courage to stand up and raise my voice.

Who has inspired you in your battle for peace and the observance of human rights in Afghanistan?

Joya: My greatest role model was a women's rights campaigner called Meena, who I met as a child, but there are really very many peace activists whom I look up to. I also learned a great deal from my father. He was one of the true "Mujaheddin", that means freedom fighters who dedicated themselves to winning independence for their country.

How do you cope with the constant threats and the danger of an attack on your life?

Joya: These threats have become a part of my life. But they do not silence me, I am only telling the truth. It's true that I don't sleep much at night and sometimes I change my lodgings twice a day, sometimes every two nights. But I've become accustomed to it.

Malalai Joya was elected as the youngest member of the Afghan parliament in 2005. As a refugee, she previously lived in Iran and Pakistan. After returning to Afghanistan, she founded a clinic and an orphanage. In 2007, Joya was suspended from her position and now continues her campaign beyond the parameters of parliament. In March 2009 in Rotterdam, she was awarded the International Anti-Discrimination Award. The UK and Australian versions of her book, "Raising my Voice: The Extraordinary Story of an Afghan Who Dared to Raise Her Voice" are published by Pan Macmillan and Rider. The US and Canadian version is due to be published in October 2009.

Presidential Elections in Afghanistan
Successful Candidate – Shaky Candidate
Although Hamid Karsai has been declared the winner of the election, the Afghan president is now himself seen by the West as a cause of great insecurity and western governments involved in Afghanistan will be making an even greater effort to find an alternative to him. Report by Andreas Zumach

A Study of the Security Situation in Afghanistan
A More Positive Evaluation for Kunduz and Takhar
In northeastern Afghanistan, international involvement is perceived as an important security factor by the local population – this according to the results of a new study. But interpretation of the results should be critically assessed, explains the study's author Jan Koehler, in conversation with Ulrich von Schwerin

Humanitarian Commitment in Afghanistan
"Keep out of the Way of Soldiers"
Every time that Reinhard Erös, a former Colonel in the Medical Corps of the German Army, travels to Afghanistan, his pockets are full of money – donations to help children in the Hindu Kush. He uses these funds to build schools in the east of the country. His most important rule is not to stand out as a foreigner. By Andrea Grunau

END_OF_DOCUMENT_TOKEN_TO_BE_REPLACED
Social media
and networks
Subscribe to our
newsletter