"Islamic Feminism Is a Universal Discourse"

Margot Badran is an expert in Islam and feminism. In this interview with Yoginder Sikand, she talks about the influence of patriarchy on Islam and on how Islamic feminist ideas draw on the Quran and how they find their way into religious teachings 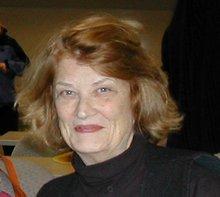 According to Margot Badran, Islamic feminism is neither "Western" nor "Eastern" but a universal discourse grounded in the Quran

​​How do Islamic feminists deal with aspects of the fiqh tradition that seem to be maligned against women's rights?

Margot Badran: Women scholars (whether they embrace Islamic feminism or prefer ijtihad – independent readings of the sacred text and other religious sources) recognise the overwhelmingly misogynist nature of traditional fiqh. A fresh interpretation of the Quran is a foundational step in the reconsideration of fiqh, of building a new jurisprudence.

Some scholars like Aziza al Hibri engage more directly with jurisprudence. As for hadith, people are widely familiar with the works of Fatima Mernissi who has used the tools of classical Islamic methodology to examine hadith relating to issues of women and gender, demonstrating how many widely circulating hadith are weak or spurious and how some, which are of more solid provenance, have been read out of context.

There are a growing number of other women who are bringing to scrutiny the persistent circulation of hadith that contradict the basic principles of the Quran.

Why do women assume such central importance in Muslim/Islamist discourse generally?

Badran: A good way to get a grip on this is to place it in the context of patriarchy – patriarchal modes of thinking, behaviour and control of Muslim men, which has made patriarchy Islamic itself. Virtually, all old Muslim societies, women and their sexual purity (variously defined) have been linked with the honour of men and families, and this discourse has been associated with Islam (or "legitimised" through connecting it with Islam).

We see that this linkage of honour and women's sexual purity holds for those of other religions in the same societies, showing that this nexus transcends the terrain of any one religion. It has a grip on Muslims as on other religious groups. Because of this link of honour with women's sexual purity, women need to be controlled and those who do the controlling are men and their surrogates, in combinations of age, stage, position, class, etc (within and beyond the family).

The patriarchal system does not call for men to be controlled. If some women are not sexually pure that means that some men are also not sexually pure. Thus, cultural ideas are harnessed and often exaggerated in the service of political ideologies and practices. Women, and the children they raise, are controlled through a strict ideology of body, sex, and honour. Women and their bodies, meanwhile, serve as emblems of purity – and the politics – of the group (nation or religious group); the hijab becomes a kind of national flag and political symbol.

If we draw upon our Islamic learning, we know that mode of dress or modest dress is likewise enjoined upon men and that sexual behaviour or sexual purity is equally ordained for men. Men and women alike are enjoined to obey Islamic precepts and are exhorted to engage in taqwa or righteous behavior. When you think about it, obsession with women's bodies is itself a kind of sexual obsession – as women's obsession with men's bodies and how they were clothed would be (if it existed). But the obsession with women's bodies is a politicising mechanism, so in short, the answer to your question lies in politics and projects of control.

Badran: Let me first make a comment or two on centers of Islamic learning or madressahs. The term, and the institution of the madressah varies widely over time and place. Madressah may signify some sort of generic Islamic schooling, or a more specific institutional structure. In many places madressahs or schools, run by religious teachers, no longer exist as part of the state or quasi-state system.

But becoming more widespread in recent times in the Middle East, for example, are private religious schools, which are usually not called madressahs and must conform to state educational requirements if their degrees are to be recognised.

Let me answer your question with respect to Al Azhar University as the highest center of learning in Egypt, with its various faculties and branches throughout the country. Here, yes the ideas of Islamic feminism are taught and spread – not as "Islamic feminism" per se but as part of Islamic learning embedded in various subjects. Let me give an example from Islamic jurisprudence.

The Dean of the Women's College at Al Azhar, Dr Suad Salih, is also a Professor of Comparative Fiqh. She teaches in Women's College and also controls the boards that examine candidates for PhD. She evaluates men's and women's intellectual grasp of the religious sciences, especially fiqh.

In fact, women have historically functioned as muftis. The most illustrious example is that of Sayyidna Aisha, wife of the Prophet (PBUH). Dr Suad was thrust into the role of campaigning for women to be able to be officially appointed muftis. So, yes, "Islamic feminist" ideas percolate in these high halls of religious learning.

Now let me give you an example of a madressah for women and men in Indonesia, where ideas of "Islamic feminism" – again not by that name but simply under the name of religion – form part of the curriculum. Haji Husein Muhammad is a kyai (or sheikh). He teaches at Dar Al Tawhid, a pesantren (the Indonesian word for madressah) in West Java.

When we discussed Islamic feminism and the curricula in pesandrens, he gave the example of a 19th Century liberal treatise on the rights of the two spouses Uqud Al Lujain fi Banan and Huqug Al Zawjaini, written by the Indonesian scholar Muhammad Ibn Umar Nawawi, who had studied in Mecca and at Al Azhar.

That was republished with a contemporary woman-sensitive commentary, and is now taught in many pesantren, including his own Dar Al Tawhid, where there are some 600 students. Islamic feminist reading of religion is, of course, simply a celebration of the full amplitude of Islam.

How does one counter the oft-heard argument that Islamic feminism is a Western import and represents a misreading and distortion of faith as salafe saleh, the early Muslims, had understood it?

Badran: Islamic feminism, as a discourse grounded in the Quran and other religious texts, is not "Western", nor it is "Eastern". It is a universal discourse. There are many ayats in the Quran, firmly indicating that Islam is a universal religion, knowing no geographical or cultural boundaries. This is exquisitely imparted in Surat Al Nur.

"God is the Light of the heavens and the earth. The parable of His Light is as if there was a niche and within it a lamp...lit from a blessed tree, an olive, neither of the East nor the West." (24:35)

The specific forms that Islamic feminist activism takes are locally grounded. They come from within. For example, we have run the long campaign for many years, led by some women in Egypt, using the discourse of Islamic feminism to argue that there was nothing in the religion of Islam barring women from becoming judges. This finally ended in victory this January when three women were finally appointed as judges.

In South Africa, Muslim women have been campaigning for greater access to participate in congregational prayer alongside men (that is to occupy adjacent rather than behind or an altogether separate space) and to give talks at Friday prayer prior to the khutba, and have met with successes. I can give you the example of the Claremont Main Road Mosque in Cape Town, where women's discourse at Friday congregational prayer is now a commonplace.

Margot Badran is a historian and a specialist of gender studies focused on the Middle East and Islamic world. She did her MA from Harvard University and DPhil from Oxford University. She acquired a diploma in Arabic and Islam from Al Azhar University, Cairo.

A Senior Fellow at the Center for Muslim-Christian Understanding at Georgetown University, Badran is currently a visiting fellow at ISIM (Institute for the Study of Islam in the Modern World) in Leiden, The Netherlands. Her books include "Feminists, Islam, and Nation: Gender and the Making of Modern Egypt", and "Opening the Gates: A Century of Arab Feminist Writing". She has also penned numerous articles on feminism and Islam. Her works have been translated into Arabic, French, Italian, Dutch, German, and many other languages.

Badran has lectured on feminism and Islam in the US, Europe, Middle East, and Africa. She writes for numerous newspapers in the Middle East, for International Herald Tribune, and contributes regularly to Al Ahram Weekly.

Analysis Lily Munir
The Koran's Spirit of Gender Equality
Lily Zakiyah Munir, Head of the "Center for Pesantren and Democracy Studies", Indonesia, argues that it is not the Koran, but social convention of patriarchal cultures that women in Islamic countries are deprived of equal social status.

Analysis Halima Krausen
Can Women Be Imams?
In the face of the controversy over Amina Wadud's Friday prayer, Muslim scholar Halima Krausen argues that we should have the courage to ask our own questions, to study the matter conscientiously and to reach conclusions which make sense in our times