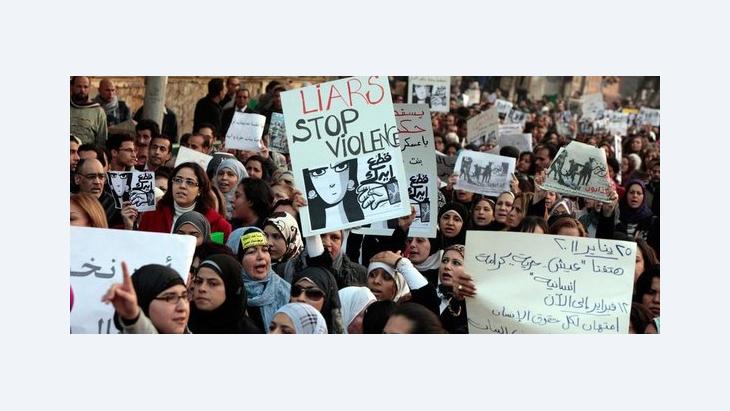 ﻿According to Margot Badran, framing the quest for democracy as a battle between secularists and Islamists is a distraction that will delay, if not derail, the cause of building a vibrant, egalitarian Egypt. An interview by Elisa Pierandrei

How would you describe women's participation in the revolution in January and February?

Margot Badran: As we know youth were predominant at the very start and the youth included females and males. And, when people of all generations quickly joined the demonstrations in Tahrir Square this also saw women and men rising up together. Everyone rose up as Egyptians whatever their gender, religion, or class. The eighteen days of protests in Tahrir that quickly spread to other parts of Egypt constituted a monumental display of national unity. It was everyone's revolution.

When the going got tough and the protesters were attacked women and men alike fought back. Together they kept the struggle alive, everyone pulling their weight and doing whatever task was necessary – gender had nothing to do with it – until they achieved the ousting of Mubarak. 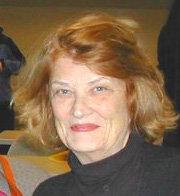 Now some eight months after the fall of Mubarak, looking at the first round of parliamentary elections it is apparent that there will be very few women in the Parliament.

Badran: Yes. But actually the numbers of women as members of parliament in Egypt have historically been low so this, alas, is not all that different.

However, with the revolution one would certainly have hoped for greater numbers of women to be elected. Imagine what it would be if the proportion of women in parliament matched, or even approximated, the numbers of women as revolutionaries on the front line.

We see that it is fine for women to be militant activists but being equally active in formal politics is something else. This will change but the question is how long will it take for electoral politics to catch up with activist politics.

What will be the implications of a parliament with an Islamist majority inside and outside Egypt?

Badran: Well, let us unpack what Islamist majority means. As you know the Islamists are not a monolithic entity and indeed have been rapidly changing. Islamists include the Muslim Brothers – who are mainly centrist, and who have been around for a very long time and over the years have responded to the needs of the vast majority of the population – have declared that they want a secular state.

The ultra conservative and reactionary Salafis who only following the fall of Mubarak appeared on the scene have made it clear their demand for an Islamic state. They have also made clear their contempt for the Muslim Brothers for favoring a secular state and for cooperating with secularist and liberals, and have displayed disdain for Christians. 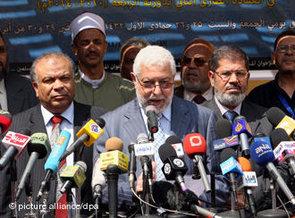 Islamist change of paradigm: According to Margot Badran, it appears that the Muslim Brotherhhod will continue to encourage women to be active in the public arena

​​In the first round the Muslim Brothers' Freedom and Justice Party (FJP) won 36.6% and the Salafis' Noor Party won 24.4%. It can be expected that the FJP whose number two is a Copt will make common cause with secularists and liberals in moves to rescue the economy, improve education, and extend still much needed services to the population. The Muslim Brothers will not seek to impose the hijab as required dress for women or in any way to restrict women's roles in the public sphere.

To the contrary, it appears that they will continue to encourage women to be active in the public arena in even greater numbers, not unmindful that this could work to the advantage of the Muslim Brothers. Then it is up to women, themselves, to act in ways that advance their gender and county. As for international treaties, the FJP can be expected to keep to their word to honour these agreements. The FJP will want to re-attract the tourist business that has taken such a hit over the past months.

With Islamists in the majority in Parliament what will be the fate of the Muslim family law in Egypt?

Badran: In Tunisia when the Islamist Ennahda Party won the majority in Parliament it was asked if they would renounce the secular family code which is very advanced and the answer is that the law would be respected. In Egypt the Muslim family law, called the Muslim Personal Status Code, the question is not would the law be over-turned but would the fiqh-backed law, which is conservative, be reformed along the lines of the revised religiously-based Moroccan family law, the Mudawanna which is grounded in an egalitarian reading of Islamic jurisprudence.

Against male violence and patriarchy: After police and security forces had committed violence against women in December, several thousand women and men took to the streets to protest

​​Progressives, whether identifying as secular or religious, and especially from among the youth, favour an overhaul of the Muslim Personal Status Code in Egypt. For reasons of practical politics this does not seem likely in the near future. However, it also does not seem possible for such a blatantly patriarchal law that has been sustained by secular regimes, perpetuating inequality, to remain unchallenged.

In a democracy, a meaningful democracy, the equality of citizens cannot stop at the door of the family. The inequality that is read into the religious sources of the law is a manifestation of patriarchal thinking. It is not "true Islam" as conservatives would have it. And, as patriarchal secularists have shown themselves all too willing to go along with this charade. But, eventually Egypt will catch up with the others. Women and the new generations will see to this.

Are women being left behind by the revolution?

Badran: Westerners ask me this question often. My short answer is that women are taking the revolution ahead. Of course, it is not easy. Historically political revolutions have not quickly nor easily produced social and cultural transformations. But such political revolutions will not ultimately succeed nor be revolutions worthy of the name and give birth to the practice of real democracy if women are left behind. Egyptian women and their male revolutionary allies will make sure this does not happen.

The forces arrayed against each other are not secular and religious Islamist but proponents of patriarchy and supporters of equality. Framing the quest for democracy as a battle between secularists and Islamists is a distraction that will delay, if not derail, the cause of building a vibrant, egalitarian Egypt.

Historian and gender studies specialist focusing on the Middle East and Islamic world, Margot Badran is a senior fellow at the Prince Alwaleed Center for Muslim-Christian Understanding at Georgetown University and a senior scholar at the Woodrow Wilson International Center for Scholars in Washington. Professor Badran has researched, written, and taught the history of feminisms in Egypt, the Middle East, and other parts of the Muslim world. Among her books are Feminism in Islam: Secular and Religious Convergences, Feminists, Islam and Nation: Gender and the Making of Modern Egypt, and Opening the Gates: An Anthology of Arab Feminist Writing, a co-edited volume.

Last week Egypt's police stepped up an "unprecedented escalation" on activists by arresting a leading rights group director. Advocates on the Nile have long weathered a crackdown ... END_OF_DOCUMENT_TOKEN_TO_BE_REPLACED

Just like the rest of the world, the Arab region and Arabic-language media have been watching spellbound over the last few days as U.S. President Donald Trump was voted out of ... END_OF_DOCUMENT_TOKEN_TO_BE_REPLACED

Organised by interfaith NGO Religions for Peace, an international conference in Lindau on Lake Constance is dealing with the peace-building role of women inspired by the faith of ... END_OF_DOCUMENT_TOKEN_TO_BE_REPLACED

A victory by Democrat candidate Joe Biden would usher in a new beginning for the Arab world, with attendant changes in U.S. policy. Autocratic leaders in the Middle East have ... END_OF_DOCUMENT_TOKEN_TO_BE_REPLACED

French President Macron's statements that caricatures of Muhammad may still be published have triggered outrage in a number of Muslim states. Turkish President Erdogan is among ... END_OF_DOCUMENT_TOKEN_TO_BE_REPLACED
Author:
Elisa Pierandrei
Date:
Mail:
Send via mail

END_OF_DOCUMENT_TOKEN_TO_BE_REPLACED
Social media
and networks
Subscribe to our
newsletter