What Drives Young People to Jihad?

What is behind the Islamicisation and radicalisation of young people in Europe? To what extent do European foreign policies and military interventions abroad play a role in this? Albrecht Metzger spoke to sociologist Dr Matenia Sirseloudi about politically motivated violence and radicalisation processes

Matenia Sirseloudi: There is, of course, a part of the jihadist ideology that wants to attack us for what we are. On the other hand, the impetus to take action and attack us comes from a declaration of defensive jihad against us. This relates to our actions and in particular to our foreign policy actions. The jihadists consider these actions to be an attack on the Muslim world.

You are conducting research into something known as "spill-over effects", in other words the extent to which western intervention in Muslim countries could contribute to the radicalisation of Muslims in Europe. What led you to this subject?

In our project, which is supported by the Federal Ministry of Education and Research (BMBF), we are now researching the effect that these external factors – including Germany's foreign and security policy behaviour – have on the jihadist discourse and on three different radicalised environments: the jihadists, the Islamists, and vulnerable youths. 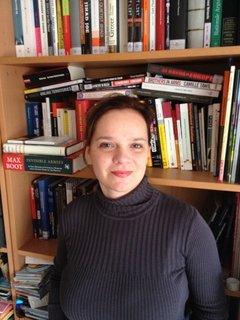 Dr Matenia Sirseloudi, head of the joint project "TERAS-INDEX: Terrorism and Radicalisation – Indicators of external factors of influence" at the Institute for Peace Research and Security Policy at the University of Hamburg

​​As you know, the argument used by the jihadist-inspired perpetrators to justify the attacks on the commuter trains in Madrid in 2004 was that they wanted to force Spain out of the alliance of countries that had been involved in the military intervention in Iraq. Similarly, the French gunman Mohammed Merah used external conflicts – in his case the Middle East and Afghanistan – to justify his targeted murders.

What conclusions have you reached so far?

Sirseloudi: We started out by examining the extent to which jihadists who had become active in Germany had links to external conflicts. We found that in the vast majority of cases – i.e. in 80 per cent of the cases we looked at – they did. This is why I think that too much importance is attached to the phenomenon of "homegrown terrorism", which has dominated the discourse in recent years.

Most jihadists who are active in Germany have at least tried to go abroad and get involved in the fighting there or were largely inspired by – if not instructed from – abroad. In the case of the Salafists, we wanted to find out the extent to which these conflicts were used to mobilise supporters. These conflicts play a major role, especially among those who justify violence. They are regularly highlighted and above all used to mobilise supporters in videos.

What can German politicians do to stop it?

Sirseloudi: First of all, the government has to communicate and explain its foreign policy in such a way that the people can relate to it. To do so, German politicians have to understand that a certain number of people who live here are Muslims – Muslims whose loyalty to the Muslim world may be greater than their loyalty to our traditional allies and who may feel closer to their Palestinian brothers and sisters in faith than they do to our ally Israel or to former secular Arab regimes.

Do you mean to say that we should consider the jihadists' warnings when making foreign policy decisions?

Sirseloudi: No. Of course we shouldn't allow ourselves to be blackmailed by any jihadist groups. Should it become necessary in the interest of Germany's foreign and security policy to get involved in a military intervention, the question as to whether jihadists are in favour of the intervention or not must not be allowed to become a decision-making criterion. That being said, there are a few points that we can use to predict the probability of a jihadist spill-over effect on our societies. 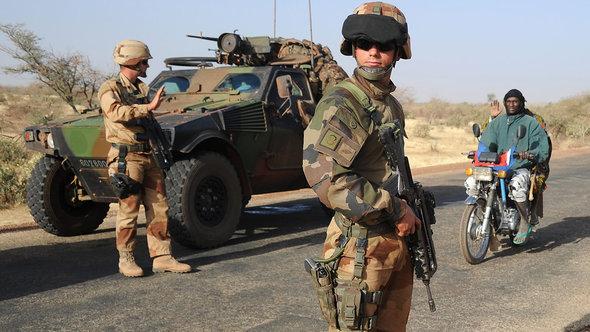 Focus on the Mali mission: "The terrorists could benefit from our intervention. At the same time, we are going to weaken them militarily. Such interventions can be successful if they are carried out using legitimate means and if they go the distance. But staying the distance is often the problem here; we do not always have the staying power we need in such situations," says Matenia Sirseloudi

​​Collateral damage plays a decisive role in this respect. We have to wage "clean wars". I know that it is very difficult to keep within the boundaries of legality when fighting an illegitimate opponent in the asymmetrical fight against terrorism, but we simply have to; otherwise we will end up creating more enemies for ourselves than we can defeat. Civilian deaths must be avoided as much as possible, not only because they are a violation of human rights and the international law of war, but also because jihadists immediately use such deaths in their propaganda.

Was it right for Germany to get involved in Mali?

Sirseloudi: The northern Sahel is a very instable region. It is in Germany's interest to help instil some order there, an order that is not controlled by the jihadists. If the operation is successful, Germany will benefit from it in the medium and long term.

After all, regardless of the jihadist Internet propaganda coming out of this region – propaganda that is also reaching Germany – the terrorist groups, and in particular al-Qaeda in the Maghreb (AQIM), which has emerged from an Algerian organisation, have networks in Europe that could become dangerous for us. Algerian associations in particular are dangerous because they have grown out of a long-running civil war. These are not homegrown terrorists who download manuals from the Internet; some of them are experienced fighters who have been waging war on the Algerian army for years now.

In other words, we are now involved in a conflict with the most dangerous kind of jihadist?

Sirseloudi: You could put it that way, yes. But we can't simply say that France is the only country affected by the situation and that we are not. It is a transnational problem.

So the Mali intervention was the right choice?

Sirseloudi: As it is, the jihadists see us all as part of the "decadent West" that is stifling the brand of Islam that they are peddling. The situation is ambivalent: the terrorists could benefit from our intervention. At the same time, we are going to weaken them militarily. Such interventions can be successful if they are carried out using legitimate means and if they go the distance. But staying the distance is often the problem here; we do not always have the staying power we need in such situations.

Ben Aylon’s debut international album sees him elevate the traditional music and instruments of Senegal and Mali into a fresh contemporary setting. Seven years in the making, " ... END_OF_DOCUMENT_TOKEN_TO_BE_REPLACED

Anansy Cisse's new release "Anoura" – literally 'the light' – is not only a fine example of Malian music, but the story behind the album is also a microcosm of the struggles ... END_OF_DOCUMENT_TOKEN_TO_BE_REPLACED

The end of July saw the launch of the African Union’s "Sauti" digital publication, the first young feminist platform in Africa, which this year showcases stories by female youth ... END_OF_DOCUMENT_TOKEN_TO_BE_REPLACED

Timbuktu, the ancient desert city in Mali, has always been shrouded in myths. Charlie English’s "The book smugglers of Timbuktu" proves that the city has not lost its magic. By ... END_OF_DOCUMENT_TOKEN_TO_BE_REPLACED
Author:
Albrecht Metzger
Date:
Mail:
Send via mail

END_OF_DOCUMENT_TOKEN_TO_BE_REPLACED
Social media
and networks
Subscribe to our
newsletter