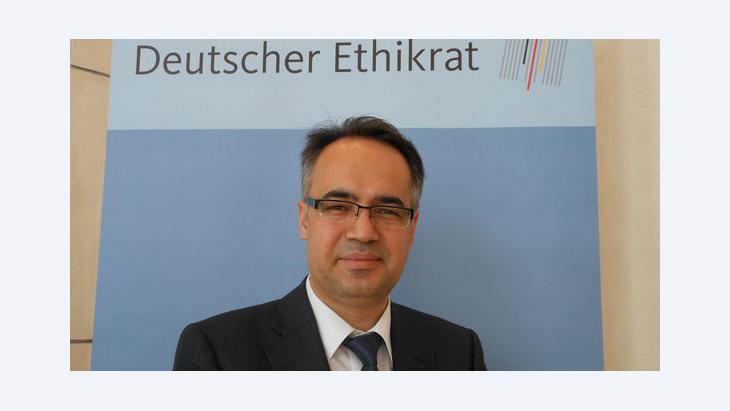 ﻿Ilhan Ilkilic, a doctor, medical ethicist and scholar of Islam of Turkish descent, is the first Muslim to sit on Germany's National Ethics Council and regards this institution as an experiment that can boost inter-religious dialogue within German society. He spoke to Julie Schwannecke

You were the first Muslim to be appointed to the German Ethics Council by Germany's President Joachim Gauck in April 2012. How did this appointment come about?

Ilhan Ilkilic: Well I was initially asked if I would be willing to accept the role. There were other candidates apart from myself, but in the end I was appointed. I assume that the decision was influenced by both my scientific and my cultural competences.

Could you describe your duties as a member of the Ethics Council?

Ilhan Ilkilic: I think it is my role to introduce the moral concepts of Muslims living in Germany into the debate with regard to specific issues – such as circumcision, artificial insemination, abortion – and substantiating these ideas. Of course in doing this, you have to bear in mind that Muslims living in Germany do not form a homogenous group. In this respect this heterogeneity is taken into consideration in the substantiation of various strands of argument.

Can you give us a concrete example of a Muslim perspective in this context?

Ilhan Ilkilic: Well yes, for example we had a debate on the subject of circumcision. In this discussion I not only outlined the religious-theological facts, arguments and opinions on the issue, I also presented the differing perceptions of Muslims living in Germany. First and foremost, in the context of a social debate, I think it's not enough to simply raise theological standpoints, but that the various forms of perception and understanding of Muslims living here are also expressed. 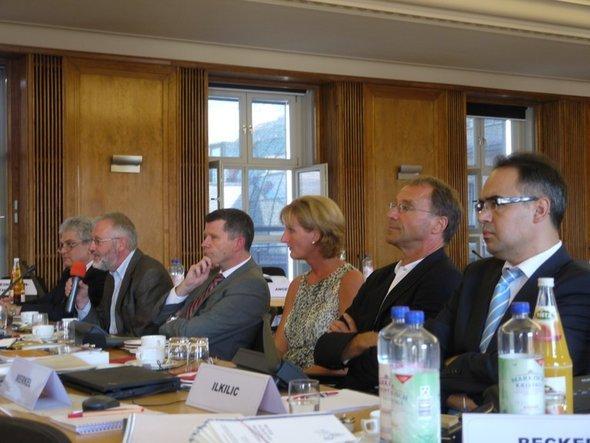 Controversial debates as a reflection of social realities: At German National Ethics Council conferences specialists representing a variety of fields and standpoints discuss sensitive issues such as the circumcision of Muslim and Jewish boys, abortion and artificial insemination

In your view, what was decisive for Muslims in the circumcision debate?

Ilhan Ilkilic: The key point was that many Muslims perceive themselves to be limited in the exercise of their religious practice, and it's important that sociological aspects such as these are included in the debate.

Can you give us an idea of how the members of the Ethics Council work together? Do they all strive to reach a consensus from the outset?

Ilhan Ilkilic: I can't recall there ever being an absolute consensus on an issue debated by the Ethics Council. As you are certainly aware, the council represents people with a range of differing fields, political positions and religious affiliations. In view of this it's always difficult to reach a consensus. But the mutual exchange of arguments and positions is of course possible. And sometimes, such as in the case of the circumcision debate, we succeed in reaching a compromise agreement. If this doesn't happen then a special session is held giving those with the minority view the opportunity to express their opinion.

Was the circumcision debate satisfactory for you?

Ilhan Ilkilic: Initially it was interesting for me to ascertain that people were not listening to each other, both in our internal debate and the one taking place in the public arena. Suddenly two extreme positions manifested themselves: on the one hand those who brought out the "Holocaust cudgel" calling the others "Nazis", and on the other those who portrayed Muslims as "unenlightened Barbarians". I reject both extreme positions and I don't believe they serve to further the debate, because they are not valid, neither from an objective point of view nor as regards content. 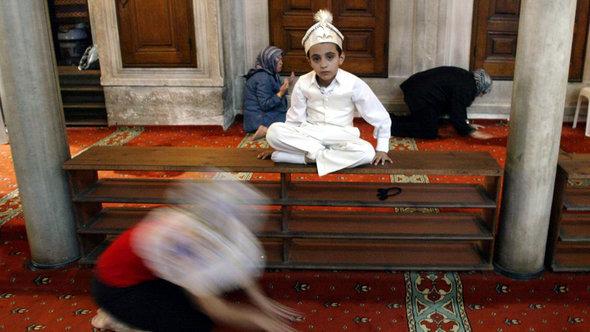 "Muslims perceive the religious practice of circumcision as part of their identity, and a ban is for the most part viewed as curtailment of their religious freedom," Ilkilic says

​​Now to the issue of circumcision: I do believe we conducted an appropriate discussion on the subject within the Ethics Council, and I can understand both positions and the way the arguments were presented. That means I can accept that in the legal sense, the circumcision of boys is perceived as bodily harm, because the situation is not required for medical reasons nor is it carried out with the consent of an adult.

On the other hand, Muslims perceive this religious practice as part of their identity, and a ban is for the most part viewed as curtailment of their religious freedom. For a consensus to be possible it is therefore important in this debate that each of the different standpoints is presented with a certain mutual openness, and in this respect I then tried to mediate in this debate.

What's your position in the circumcision debate?

Ilhan Ilkilic: In my view religious freedom is more important than the violation of physical integrity, because the practice does not alter the function of the organ, if the operation is carried out safely and correctly. And in addition, a ban puts huge pressure on Muslims because circumcision represents an important ritual for them.

On the other hand I presented the argument that Muslims should discuss the issue between themselves and tackle the conflicting views without pressure from outside. But if this stance in favour of a ban and exerting pressure is there from the outset then it is of course understandable that people will adopt a counter-stance.

Are there any comparable institutions dealing with bioethical questions in Islamic nations?

Ilhan Ilkilic: There are various institutions in the Islamic world, in Saudi Arabia for example, that issue fatwas on particular ethical problems. In Turkey there is the institute for religious affairs in Ankara, which publishes on request fatwas on particular issues such as organ transplantation or abortion. 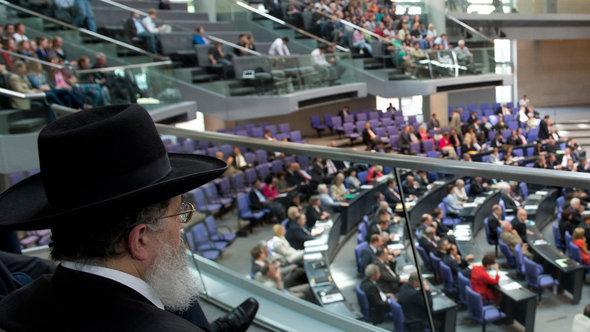 Tolerance and an open mind: Islam scholar Ilhan Ilkilic says last December's Bundestag resolution allowing circumcision is a key indication of the integration of different cultures and religions in Germany

​​But the question is to what extent are these fatwas relevant for Muslims. In the Islamic world, there are many different answers to a particular question. In addition, a fatwa cannot be understood as a decision issued only by God. The affected Muslim must grapple with this decision before making his own conscious decision.

In such situations, I argue in favour of informing the patient from both a medical and also a theological perspective. For example during the fasting month of Ramadan, there are situations when particular medication cannot be taken. There are plenty of Muslim patients who do not know that they do not need to fast if this is going to affect their health. If you don't know that, then you're going to practice your own religion in a different way.

In your working life as a doctor have there been situations when a patient has felt theologically out of his depth? What did you do in such a situation?

Ilhan Ilkilic: Yes, we had a case like that in Mainz: It concerned palliative sedation and the patient was not clear on how his religion would view this medical treatment, and he wanted to talk to an Imam about it. We organised an Imam for him and after receiving information from both a medical and a theological perspective the patient was able to make up his own mind.

As a medical ethicist, my view is that this desire to talk to an Imam must always be expressed either by the patient or his relatives. As far as I'm concerned it would be wrong to impose this on anyone – "you are a Muslim and you are theologically challenged by this situation, so we're going to get an Imam in here right away!"

Does pastoral care for Muslims exist in Germany?

Ilhan Ilkilic: There is no nationwide professional pastoral service for Muslims in Germany at present. There are several projects at the medical faculties of some universities, where volunteers can receive some training, but this isn't comparable with professional training for the pastoral care of patients provided within the Christian faith. We ascertain in medical practice that the need for this is great, but unfortunately the infrastructure and corresponding projects are not yet sufficient to meet this need.

Ilhan Ilkilic is a doctor and Islam scholar of Turkish descent, member of the German National Ethics Council and since December 2012, also engaged at the medical faculty of the Istanbul ﻿University.

A newly leaked document confirms how China is imprisoning Muslim minority Uighurs based solely on their religion. Naomi Conrad met with a whistle-blower and visited relatives of ... END_OF_DOCUMENT_TOKEN_TO_BE_REPLACED

Education is the key to the future. Muzoon Almellehan has known this since she was 14 years old. But she lives in a Jordanian refugee camp. And since then she has been fighting ... END_OF_DOCUMENT_TOKEN_TO_BE_REPLACED

Michael Frey has written a fascinating book about the contemporary political thinker Nassif Nassar. Since 1967, Nassar has devoted his life’s work to the question of a fair social ... END_OF_DOCUMENT_TOKEN_TO_BE_REPLACED

The Kurdish YPG militia did the heavy lifting in the fight against the "Islamic State", yet many foreign YPG adherents, including Germans, have come home to find themselves under ... END_OF_DOCUMENT_TOKEN_TO_BE_REPLACED

Few Muslims have to date visited the Auschwitz-Birkenau concentration camp memorial site. Now high-ranking representatives of Muslims and Jews are travelling together to the place ... END_OF_DOCUMENT_TOKEN_TO_BE_REPLACED

The terror attacks in Paris, Brussels and Berlin were all carried out by men radicalised in jail. In Germany, politics and the judiciary are trying out new approaches to prevent ... END_OF_DOCUMENT_TOKEN_TO_BE_REPLACED
Author:
Julie Schwannecke
Date:
Mail:
Send via mail