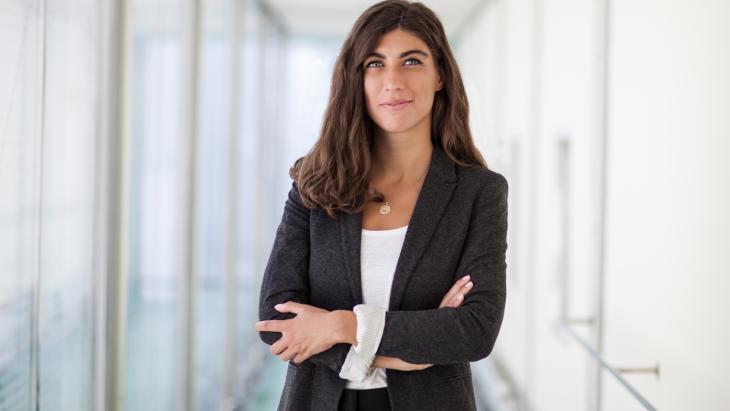 Melisa Erkurt came to Austria from Bosnia as a child with her parents. As a journalist, she now writes about education, which is also the subject of her latest book “Generation haram”, which focuses on education’s so-called losers. Interview by Schayan Riaz

Ms Erkurt, it was 2016 when biber magazine published your article "Generation haram", about the restrictive culture in Austrian schools under which Muslim teenagers decide what, in their view, is "haram" or forbidden, and what is not. Now you've written a book with the same title, in which you describe these young people as the "losers" of the education system. What brings you to that conclusion?

Melisa Erkurt: As part of biber magazine's "Newcomer" school project, I spent two years visiting deprived schools. I observed the restrictive culture there, and wrote an article about it. But I subsequently had the opportunity to teach in a school for a whole year, which meant I was with young people for a longer period than just a few weeks. And I saw what really lay behind this generation. It's simple, really: those who are losing out in the education system try to gain power or success by other means, by laying down the law for others, for example.

Society already has a certain idea of what Muslim boys are like, in any case, and that means there are two paths they can take: either fight against the stereotype, which takes a lot of motivation and isn't really something you can expect from a teenager, or just conform to what's expected of them. The latter is the logical result.

So what tells you that there is no equality of opportunities for these students? 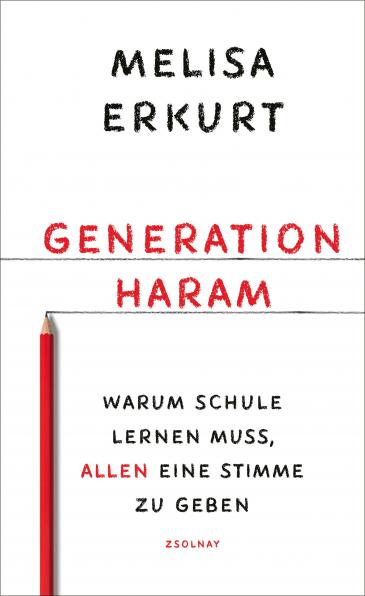 Melisa Erkurt: "Children of migrants, who were born and have grown up here, were the losers of the education system before the pandemic, because of things like their parents not being able to help them. They just didn’t have the same resources as a Maximilian or a Julia"

Erkurt: That's particularly easy to see now, during the coronavirus pandemic. There are figures that confirm the number of children who aren't being reached by their schools at all. The majority are children who haven't been in Austria for all that long, whose parents don't speak very good German, and for whom the contact with teachers just wasn't there. There is an extreme situation with refugees, whose level of competence in German worsened dramatically over those six months, particularly when you factor in the school holidays as well. None of the "distance learning" reached them. And we can't now pretend that this was all down to the virus. Children of migrants, who were born and have grown up here, were the losers of the education system before the pandemic, because of things like their parents not being able to help them. They just didn't have the same resources as a Maximilian or a Julia.

You yourself came to Austria from Bosnia as a child. What do your parents think of your successful career and your work as a journalist?

Erkurt: I often get asked by Austrians without a migration background if my parents are not really proud of me. But it's the opposite: they're very unhappy. My parents are afraid and do not want me attracting the attention of mainstream society. They are genuinely frightened of the racism in society. All their pride is hidden by their fear of discrimination.

You work in a majority-white editorial team, and write about topics like racism in schools and how privileged white people are. How do your colleagues deal with that?

Erkurt: I can tell from their reactions that they take it as a personal insult. Journalists think they can't possibly discriminate against people because they're so open-minded. But it isn't about them. They often don't even realise they are discriminating. Especially when it isn't conventional racism, but more of an undercurrent you can't prove. Ideally, journalism should take up these debates, but it prefers to remain silent on the issue. There are a lot of articles to be written on racism in society, but then people would have to confront their own racism, too.

What concrete action can be taken if teachers are discriminating against students with a migrant background as a result of their own prejudices?

Erkurt: Teaching staff often aren't sufficiently well trained. So it would be good if these teachers were subject to compulsory supervision. This would allow them to reflect more on things. They generally don't mean any harm when they discriminate against students, but they've never been sensitised to certain issues. Diversity comes into play here, too, and I don't just mean in terms of language. Teachers must be taught how to avoid discrimination, how not to become racists in class. If they make just one discriminatory remark, it can have far-reaching consequences. And that does happen quite often – otherwise, students with a migrant background wouldn't drop out of school so frequently, or miss out on the social mobility that educational achievement can bring.

You have also suggested that there needs to be more diversity among teaching staff. Why did you choose journalism, rather than continuing to teach?

Erkurt: I asked myself in which area I could reach more people. As a teacher, I reached a maximum of 90 students a year, which was great for getting to know individuals. As a journalist, I have the opportunity to make people aware of the problems faced by all schoolchildren in Austria, and to reach a higher level. And so it quickly became clear to me which direction I should take in the education debate.

Although you do make specific recommendations in the final chapter of your book for what needs to change in the education system, the question remains of what is happening to the current "losers". Will they ever win?

Erkurt: They won't if the system doesn't change. We are not yet ready for an honest discussion in Austria. One example is the headscarf debate. For a long time, people said that young Muslim girls were under-confident, that they were oppressed. Now we have a young generation of feminists who wear headscarves, but don't let people tell them what to do. They know their rights. And mainstream society should really be happy about it – after all, that's exactly what it wanted. But now they're introducing a ban on headscarves for girls below the age of 14. When did clothing rules for women ever have a positive effect? That just shows that as long as the discussion is not held on a level playing field, we will always be the losers.

On 7 March, Switzerland became the latest European country to vote in favour of a so-called "burka" ban. It was yet another feather in the cap of the right-wing populist Swiss ... END_OF_DOCUMENT_TOKEN_TO_BE_REPLACED

What drives young men into the arms of Islamist extremists – and how can they be re-integrated into society? Five years after the deadly attacks in Paris, urgent questions remain ... END_OF_DOCUMENT_TOKEN_TO_BE_REPLACED

Austria's chancellor is seeking to criminalise "political Islam". The move would put non-violent, non-radical Muslims under blanket suspicion and is hardly helpful in the fight ... END_OF_DOCUMENT_TOKEN_TO_BE_REPLACED

Rather than suspecting Muslims in general, we need to co-operate more with Islamic scholars, Muslim congregations and associations, writes Muhammad Sameer Murtaza in his ... END_OF_DOCUMENT_TOKEN_TO_BE_REPLACED

Berlin's "House of One" project, instigated by Jews, Christians and Muslims, will finally begin to take physical shape in early 2021, following a lengthy period of preparation. ... END_OF_DOCUMENT_TOKEN_TO_BE_REPLACED

The Islamist attacks in France and Austria aim to divide European societies. The jihadists want to destroy the grey area of lived co-existence between Muslims and non-Muslims in ... END_OF_DOCUMENT_TOKEN_TO_BE_REPLACED
Author:
Schayan Riaz
Date:
Mail:
Send via mail

END_OF_DOCUMENT_TOKEN_TO_BE_REPLACED
Social media
and networks
Subscribe to our
newsletter