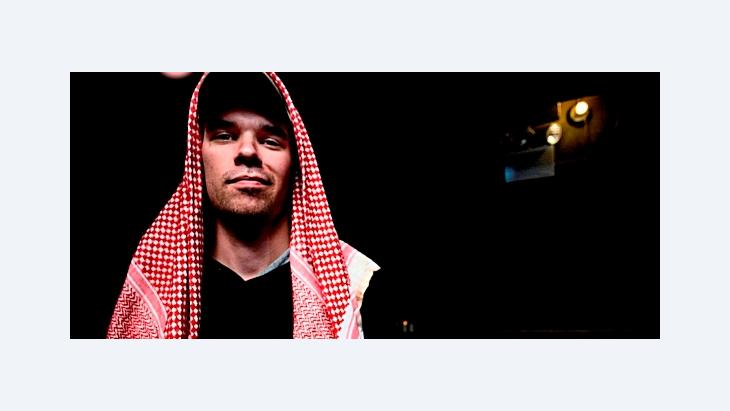 ﻿Michael Muhammad Knight has earned a reputation as an ostentatious cultural provocateur among American Muslims. In this interview with Richard Marcus, however, he talks quite seriously about matters of faith and the relation of religion and ideology

Can you briefly describe the reasons you gave yourself for converting to Islam?

Michael Muhammad Knight: I converted because I thought that I had found the ultimate truth of the universe.

Looking back, with the benefit of hindsight and increased self-awareness, do you now discern reasons for this conversion that you weren't aware of, or didn't want to admit to, at the time?

Knight: I don't think that anyone has ever converted to a religion for purely religious reasons. The average age for religious conversion, across the board, is fifteen. I was fifteen when I found Islam. I was going through the things that some fifteen-year olds go through, and my brain was a fifteen-year old brain. Cognitively and socially, that's where I was at.

Roughly speaking you've described yourself as passing through various stages in your belief: at first you were close to fanatic, second you experienced severe doubts, and finally becoming confident about your faith in Islam, but without being blindly obedient. Through all these stages, and over the years, what is there about the religion that has enabled you to continue having faith in it, and what is it that makes Islam more true than any other religion?

Knight: That's like asking what makes English more true than any other language. The only thing that's more true about English for me is that I understand it. 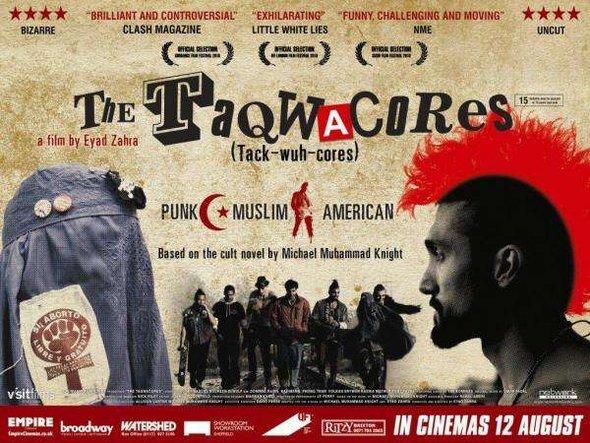 Muslim Punk Culture: Michael Muhammad Knights' novel "Taqwacores" struck a chord with young Muslims around the world and before long, real-life Taqwacore bands were creating a scene. The 2009 film follows Knight and his band of Muslim punks as they journey across the U.S. and Pakistan

​​English is the language in which I think. That's how I feel about religion.

I don't speak the language of Hinduism, but that doesn't mean I see it as less legitimate for those who speak it.

Isn't it the point of religion to provide cut-and-dried answers to all questions, to offer its adherents a way of living, and the ideology to walk that path?

Knight: Lots of people will say that about their religions, but it's not what I'm doing with mine. I don't know what the point of religion might be, but I wouldn't say that religion has to have the same purpose for every single person who takes part in it. Simply defining the word "religion" is hard enough. There are scholars of religious studies who argue that we shouldn't even use the word because if you look across cultures and historical contexts, it doesn't reliably describe anything.

If you're not following the strict letter of the law, how can a person say they are part of a specific group – be it Christian, Jew, Muslim or anything for that matter?

Knight: Religious laws can change, depending on how you read them. Religions aren't made of stone; they're made of water. We like to imagine a religion as this unchanging entity that exists outside of history and remains eternally consistent, always saying the same thing, no matter what is happening around it. 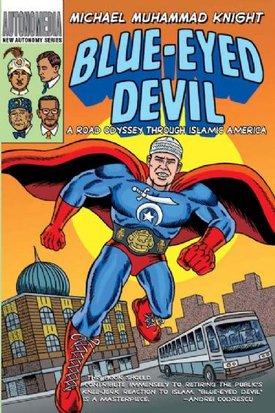 For "Blue-Eyed Devil: an American Muslim Road Odyssey" Knight travelled the US, searching for a "true American Islam". The book also describes encounters with various figures of North American Islam, such as Irshad Manji, Asra Nomani, and the founders of 'Muslims for Bush'

​​Both Muslims and non-Muslims will do this with Islam, saying that Islam came fully formed with the Prophet Muhammad, and has remained intact through fourteen centuries. That's the crisis that people are imagining when they say, "How can Islam exist in the modern world?" – as though Islam has never changed or adapted to anything until after 9/11. This kind of thinking is not rooted in any historical reality.

Or, if people are willing to admit that Islam has changed and taken different shapes, they will argue that these new shapes are somehow less authentic than the original or "real" Islam. They imagine that they have a direct line to the "real" Islam, that it exists somewhere and we can find it if we just look hard enough at scripture or the early history. I don't take that seriously.

Your conversion to Islam removed you from the mainstream of American society, and within your religious community you're an outsider also. Being an outsider seems to be something you fall into, whether consciously or not. What are you searching for that finds you in that position?

Knight: Some people want religion to be that all-or-nothing, clearly defined set of beliefs and behaviours. Get enough of those people in a room together and you have a community. But if it's all or nothing, then falling out of line isn't that hard. I don't see any community, Islamic or otherwise, as answering every one of my needs to perfection. There are things that I love about various Islamic cultures and traditions, but I don't feel that I have to align with one tradition or group and forsake all others.

In your non-fiction books you combine different schools of thought that incompatible, even contradictory…

Knight: People will tell you that you can't be both Muslim and Hindu, or Hindu and Roman Catholic, or Muslim and Marxist, but I can show you individuals or even communities that have done all of those things. To me, there's actually no such thing as "Islam" or "Christianity" or "Hinduism." I can talk about Muslims a lot easier than I can talk about Islam. Religions are just made-up labels, and the differences between them exist only because enough people believe in the differences, and people build up institutions that reinforce the differences.

Where do you see your search to find a place for yourself in Islam taking you next?

Knight: When it comes to my place in Islam, I'm more or less settled. There's always room for me to grow as a human being, and I approach that process as a Muslim; but I know what I can reasonably expect from a religion, and I don't ask for more. Like the Sufi poet Bulleh Shah said: One alif* is all I need.

* alif is the first letter of the Arabic alphabet

Home
Print
Newsletter
More on this topic
''Taqwacore: The Birth of Punk Islam'': As Rebellious As It GetsInterview with Asra Nomani: 'Gender Jihad' in the Service of Women's RightsThe Muslim Hip Hop Scene in the USA: Rapping with Allah's Blessing
Related Topics
Dialogue of Cultures | Intercultural Dialogue, Dialogue of Religions, Islam in the U.S., Islamic art, Lifestyle, Koran | Quran, Sharia
All Topics

Since returning to power in Afghanistan, the Taliban have steadily eroded the rights and opportunities of women and girls, particularly their access to education. But Afghans are ... END_OF_DOCUMENT_TOKEN_TO_BE_REPLACED

The book "The Invention of the Maghreb: between Africa and the Middle East" prompts us to review basic terminology. This includes terms that we use almost every day as if they are ... END_OF_DOCUMENT_TOKEN_TO_BE_REPLACED

Tunisia has been going through a severe economic and political crisis in recent years. More than one in three young people there are unemployed. For many skilled, qualified and ... END_OF_DOCUMENT_TOKEN_TO_BE_REPLACED

At the end of every year, the team at Qantara.de gives you a run-down of the ten most-read articles on the site over the past 12 months. Here is a quick overview of the stories ... END_OF_DOCUMENT_TOKEN_TO_BE_REPLACED

The government in the Netherlands, one of the last European nations to abolish slavery, has made an historic apology. But some feel that there is still a long way to go. By Ella ... END_OF_DOCUMENT_TOKEN_TO_BE_REPLACED

To celebrate the bicentenary of the deciphering of the Rosetta Stone, the British Museum is running an exhibition entitled "Hieroglyphs: unlocking ancient Egypt" until February ... END_OF_DOCUMENT_TOKEN_TO_BE_REPLACED
Author:
Richard Marcus
Date:
Mail:
Send via mail

END_OF_DOCUMENT_TOKEN_TO_BE_REPLACED
Social media
and networks
Subscribe to our
newsletter